When it comes to turkey hunting, your first shot is usually the only one you’ll get. Make it count. Henry’s new Single Shot Turkey Camo Shotgun does just that, and although Henry isn’t known as a leading turkey gun manufacturer, its past smoothbore guns work just fine for the application.

Henry’s devoted its newest release to the wild turkey. The Single Shot Turkey shotgun is only available in 12 gauge with a 3½-inch chamber and is equipped with a removable turkey choke for tighter shot patterns. The most noticeable difference from previous Henry offerings is the Mossy Oak Obsession camo pattern over the barrel, receiver and American walnut wood stock. It’s a step outside Henry’s comfort zone and is the only camo-clad shotgun currently offered. 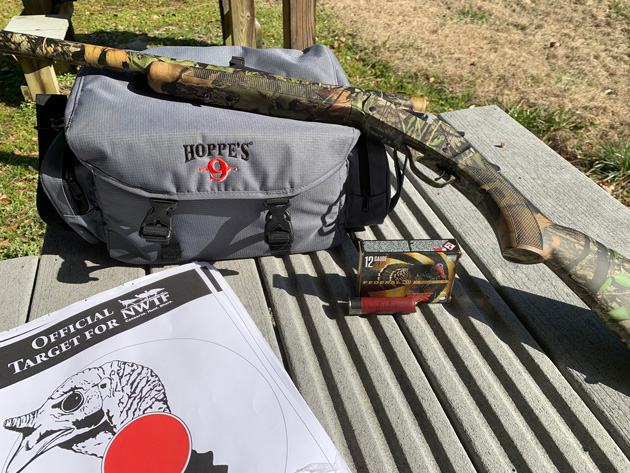 While patterning a few turkey loads before the season, the Henry Single-Shot Turkey gun checks most of the boxes turkey hunters want. Adjustable fiber optic sights make it easy to get on target quickly, although the receiver is drilled and tapped for a Weaver 82 base to attach a red dot sight if preferred. The shotgun is stout at 6.78 pounds, which makes shooting 3½-inch shells manageable, and you can easily attach a carry sling.

The break-action on the gun is stiff out of the box but should break in with use, and the trigger is lighter than most (Henry estimates between 3½ to 4½ pounds), but that’s a nice feature once you get comfortable with it. There’s no point in delaying the boom that accompanies 3½-inch loads.

As with all of Henry’s single-shot firearms, a rebounding external hammer safety mechanism and ambidextrous locking lever setup make the loading and unloading process simple. The system prevents the action from opening or closing if the hammer is cocked. 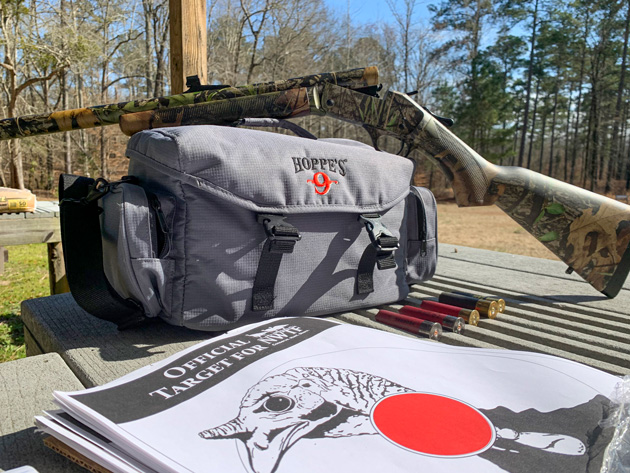 Other specs include a 24-inch barrel and 14-inch length of pull, standard among most turkey guns. The MSRP is $687.

We ran Federal TSS 3-inch shells with No. 9 pellets; Federal TSS 3½-inch shells with a No. 7-9 mix; and Winchester Longbeard XR 3-inch No. 5s through the gun during testing. All patterned well after adjusting the rear sight. Just remember to bring the right size tools to adjust the sight, and use light 2¾ target loads on the initial shots until you get the sight adjusted. Your shoulder will thank you.

It’s that time of year, and most mornings you only get one shot at making a good first impression. Make sure your turkey calling is ready for the season, and then let Henry’s Single-Shot Camo Turkey Shotgun take care of the rest.