Pick a publication — from the New York Times and Wall Street Journal to Outdoor Life and Turkey Country, not to mention social media outlets like Meateater and Field to Plate — and you’ll see the theme of “game as local food” writ large. And this is as it should be. Hunters, novice and veteran alike, are the original locavores.

While this particular column normally covers hunter recruitment, perhaps it’s time to catch a whiff of all that good food — and make sure we do justice to our favorite gamebird in the kitchen, while picking up some tricks for making tasty meals from parts that are often discarded. 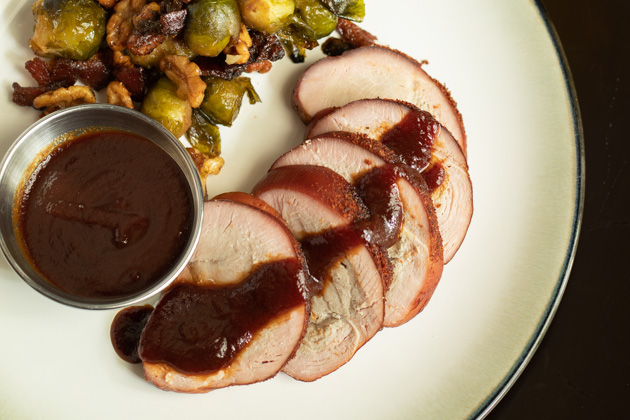 KEEP THE BREAST, AND THE REST

Every time I harvest a wild turkey, I’m struck by these monster chunks of meleagris gallopavo. If you need to be reminded what the king of gamebirds really is, just hold a boneless turkey breast in each hand. As wonderful and versatile as turkey breast is, however, it’s too often the only part of the bird hunters eat. And that’s a shame. They’re missing out on savory soups, piquant pates, and concoctions like turkey leg carnitas.

Flavorful, low in fat, and high in protein, these big slabs take to a variety of preparations. Think chicken breast, but full of poultry punch. If you have fussy eaters in your home, make nuggets with your favorite breading. Like lemon? Squeeze some into olive oil along with garlic, coarse salt and black pepper. Cut the breast into medallions and marinate, then grill to medium-rare over hot coals. Or pound out into thin strips, dredge in flour and turn them into sophisticated schnitzel or scaloppini.

This is the best kept secret on the bird. At once more tender than drumsticks and more flavorful than breasts, turkey thighs are rich without being gamey. They pair well with mushrooms and gravies, especially if you’ve found a few morels or oysters in the woods while hunting. They also stand up to a hot grill or cast-iron sear and can be subbed for chicken in your favorite Thai curry. Thighs from an average wild turkey are very dense; they can feed a small family when served with a starch and a side.

Some Turkey Country readers may resist the idea of cooking drumsticks, and that’s their prerogative. But this may be because they’ve never had wild turkey drumsticks cooked properly. Think slow and moist. Cover them with beef broth and chopped onions, then simmer away. Drummies on a jake might be ready in few hours, but expect six to eight hours for a mature tom. Drummies are done when the meat starts to fall from the bone.

Let the meat cool and reserve the broth. Strip away the tendons. The bold, beefy flavor of drummies stands up to a savory barbeque sauce. You can also sear them in peanut oil along with some cilantro, cumin and onions. Serve the resulting carnitas with a pile of corn tortillas and your favorite fillings like pico de gallo, guacamole, refried beans, shredded cheese and sour cream.

What to do with that power-packed broth? If you’re hankering for rice on the side of your carnitas, use this turkey broth instead of water. You’ll be surprised at how the flavor comes through. Soup lovers have some of the best broth imaginable here. Use it as the base for a gumbo, or turkey soup. Drop in dumplings for a memorable take on chicken and dumplings. Freeze in quart containers and use it year-round for gravies, stews or anywhere you’d use chicken broth.

The wild turkey’s magnum-size heart and liver allow you to make plenty of pate, in a way that smaller gamebirds (such as dove, duck or pheasant) do not. Begin by trimming away any shot-damaged or black-tinged parts. Gently simmer the trimmed hearts and livers until tender, about a half hour. Cool and roughly chop. Sauté some shallots along with chopped green olives in four tablespoons of butter. Return the chopped meats to the pan, along with a cup of red wine and a good-sized dollop of honey. Cook until the liquid reduces by half. Correct the seasoning with salt and pepper. Add herbs as desired and chill. Process in a food processor until it reaches your desired consistency—coarse, smooth or somewhere in between. Serve with crackers or crusty bread.

Another secret to tender turkey is brining. This serves two purposes. It draws out blood and off flavors. It also tenderizes the meat. Make a basic brine with ¼-cup sea salt for every quart of water. Add ingredients — such as citrus, onion, garlic or spices — that go with your recipe. Wild turkeys can be brined whole or in parts, anywhere from two to eight hours. Brine just before cooking, as freezing brined turkey results in a dry-tasting bird.