As they gathered for their first taste of turkey camp that Friday evening, the 10 hunters made up an eclectic mix. Seven men and three women, ranging in age from their mid-20s to early 60s with widely varying backgrounds, had driven up to 200 miles from throughout Michigan’s Lower Peninsula to attend. Even their motivation, aside from learning to turkey hunt, for devoting the weekend and ‘stepping outside our comfort zones …,’ as hunter Vincent Jackson put it, varied widely.

For Marie and Mike Risov, it was the opportunity for Marie, who emigrated from Russia two decades previously, to experience hunting. “[Hunting is] something that Americans might take for granted but is not available for much of the world,” she said.

For Ryan Terpstra and his friend Josh Jacobs, both in their 20s and their second season of learning to hunt together, the weekend was a chance to gain experience and knowledge about something that “would have taken us years without mentors,” Jacobs said.

Jackson, who discovered a passion for hunting after retirement through similar learn to hunt deer and pheasant programs, said he was interested in learning a “life skill not widely available in the African-American community” that he could share with his grandsons.

For years, Una Kumph, a single mother of two teenagers, had wanted to learn to hunt for her own food but had no one to teach her the skills she hoped to be able to share with her children after the weekend.

The R3 (recruitment, retention and reactivation) turkey hunt that brought individuals from all walks of life together was held in late April at the Pierce Cedar Creek Institute near Hastings, Michigan. Part of the Adult Learn to Hunt program, a cooperative venture between the Michigan Department of Natural Resources, the NWTF and other partner organizations with significant grant funding from the Hal & Jean Glassen Memorial Foundation, this three-day event is one of 12 mentored hunts for adults for turkeys, deer, pheasants and small game held throughout the state. These R3 hunts attract over 200 participants each year.

Additionally, the program holds 12 adult shotgun shooting clinics and 21 events introducing newcomers to hunting and the shooting sports, all geared toward families at Michigan state parks each year. According to Michigan Learn to Hunt coordinator Steve Sharp, 60% of the nearly 2,000 participants have never handled a gun or been exposed to hunting prior to attending one of the program’s events.

A partner in the learn to hunt program and host of this turkey hunt on its 829-acre campus since 2017, the Pierce Cedar Creek Institute is a nonprofit research and educational institute founded in 1998 that includes a biological research and curriculum consortium of 14 colleges and universities and is open to the public.

“Our mission is to inspire appreciation and stewardship of our environment,” said Corey Lucas, Pierce Cedar Creek Institute operations director. “Hosting hunts like this and the special deer hunt we do in the fall allows us to demonstrate to our partners and the public the important role that hunters and hunting play in conservation and achieving that mission.”

After getting settled in on the first evening in camp and following a welcome dinner with their NWTF volunteer mentors/hunting partners for the weekend, the new hunters migrated outside where they were provided with vests and turkey calls. Sitting around the campfire, that staple fixture of hunting camps everywhere, hunters learned firsthand how to use the tools of the turkey hunting trade. As the evening rolled on, many questions were asked and answered. Attendees listened quietly as gobblers from past seasons were chased again by the old guard, stories of previous hunt camps retold, and plans were laid for the morning. 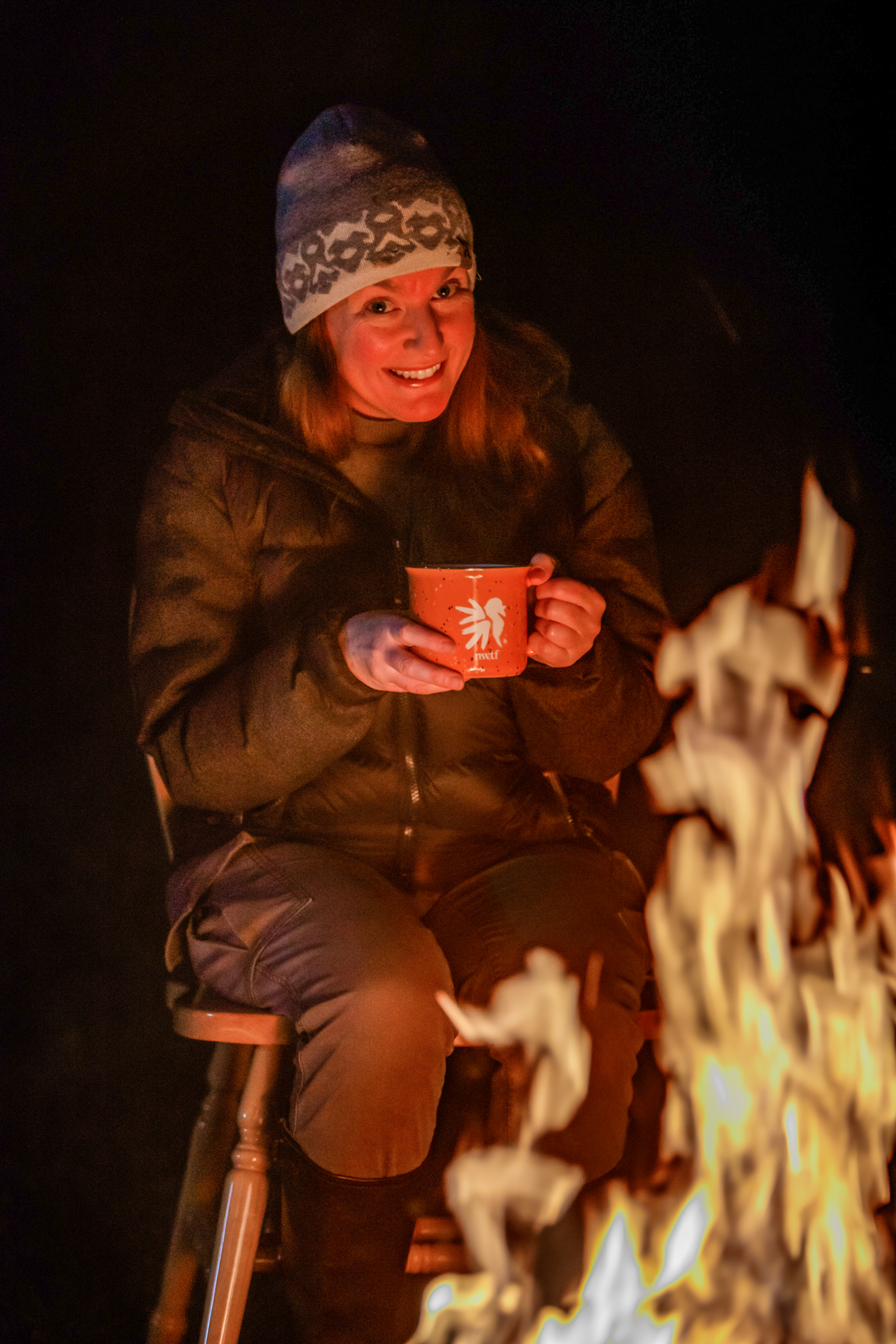 As one new hunter put it, “We haven’t even gone hunting yet and I’m already enjoying it more than I expected. I could get used to this lifestyle.”

Saturday’s dawn was one of those where the sky just becomes a lighter shade of gray and rain started soon after daylight, never letting up. Terpstra, hunting with his friend, Jacobs, and NWTF volunteer Adam Brumm, was the only hunter to punch his tag during the morning hunt.

There were several close encounters. Jackson, mentored by retired Michigan Department of Natural Resources upland bird biologist and longtime NWTF volunteer Al Stewart, had two longbeards in close but couldn’t quite seal the deal. Yet, in spite of less than ideal hunting conditions, all of the hunters spoke excitedly at lunch about hearing gobbling, learning about the hunt and having the chance to interact with wild turkeys.

Kumph may have spoken for everyone when she said, “I didn’t get to shoot, but it was so wonderful being out there learning and experiencing with no screens, keyboards or internet!”

The afternoon hunt was almost a carbon copy of the morning, but by the time the campfire was roaring that evening, the weather had changed ― and so had the dynamics of the group around it. That evening, the new hunters were telling the stories, not only of the day but life in general, with one another. Terpstra’s buddy Jacobs had taken a bird in the afternoon, and they amused the camp with their good-natured argument over beard and spur length. Contact information was being exchanged and plans made to do it again. 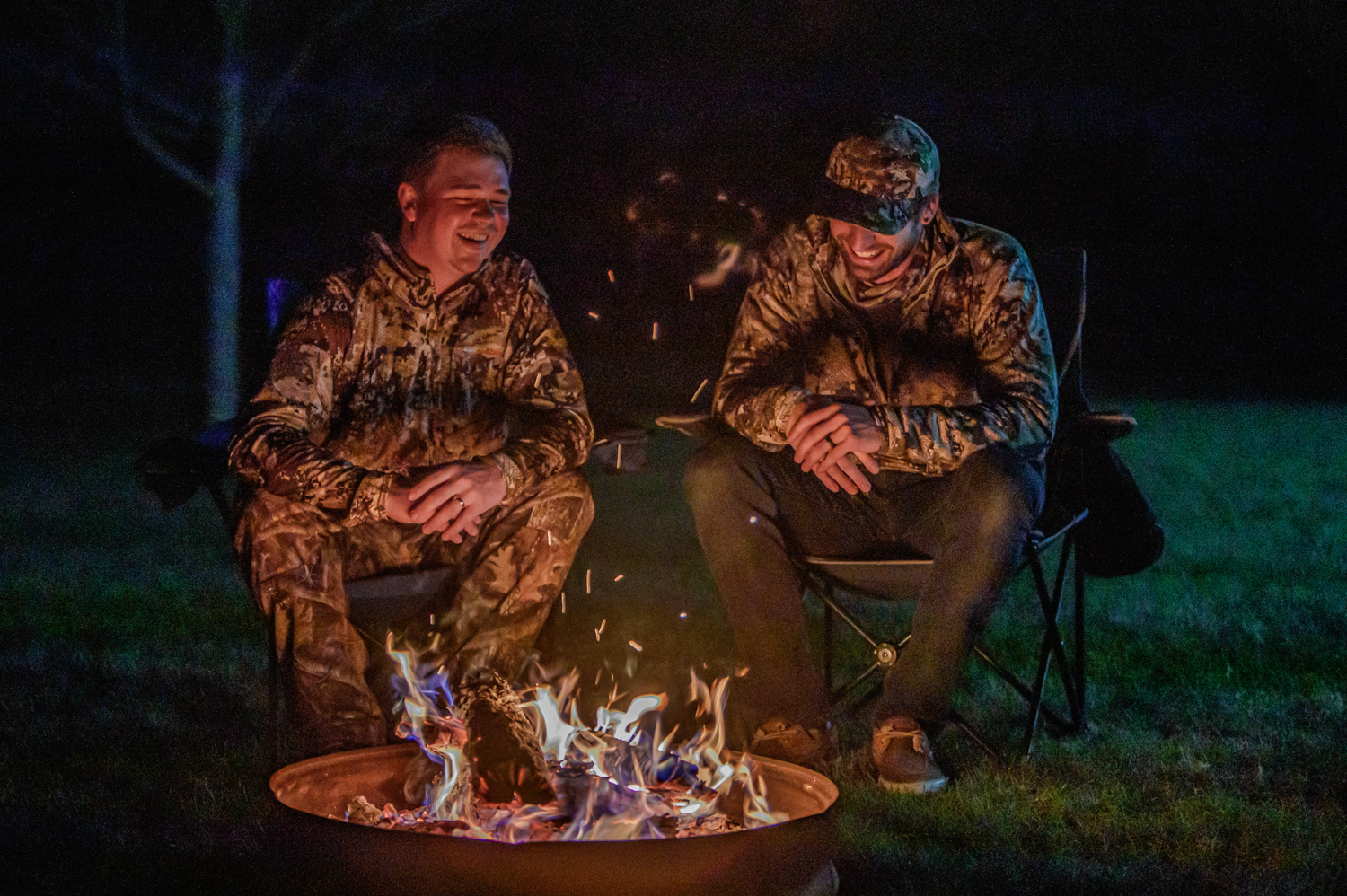 Jackson, the senior hunter, probably summed up the weekend’s shared yet unexpected takeaway best when he said, “I came here hoping to learn how to hunt turkeys and that was great. But what I didn’t expect was just how diverse this group was going to be and how much we really have in common. I wish more people could experience this.”

Not long after our time at Pierce Cedar Creek I spoke with Jacobs and learned that he had become a dad a week after he got home. “I almost didn’t go on that hunt,” he said, “but I’m really glad I did. Coming home from the hospital I was so grateful, because in a few years I’ll get to teach my son what I learned about hunting. The hunting community is so accepting and inclusive, it’ll be a great place for my family to be.”

In just this single mentored hunt, the impact of the NWTF and its partners’ R3 efforts crossed generations and extended far beyond the hunt.