Have you ever wanted to hunt the largest wild turkey subspecies? In Arizona, you may have to wait at least a decade for a Gould’s turkey tag, especially if you are a nonresident.

The Gould’s wild turkey is not only the largest subspecies of wild turkey, it is also the rarest and least populated in the U.S. From almost being extinct in the early 1900s, the Gould’s has made a considerable recovery to a huntable population (about 1,200 turkeys in Arizona and New Mexico). To ensure a population balance, there are only a limited number of tags available per spring in Arizona, and only 10 percent of those are available for nonresidents. Hunting opportunities for the chosen few are what help enhance the Gould’s turkey population and enrich conservation efforts.

The stars aligned for Kensen Lee of Nevada in 2018 when he drew his first Gould’s turkey tag after applying for 12 years and collecting 19 preference points. He also drew his first tag for desert bighorn sheep, after applying for 39 years. In addition, Lee drew permits for elk in Wyoming, California bighorn sheep and a North American pronghorn tag. To top it off, he punched all of those tags for an unbelievable year of hunting.

Needing a little luck and ingenuity, Lee found a loophole in the drawing system to increase his chances of drawing a Gould’s tag. Arizona has turkey seasons in the spring (Gould’s and Merriam’s subspecies) and fall (Merriam’s only). For every time you do not draw a tag in the spring, you accrue one preference point, and each point counts as an entry. For example, if you have applied five times and have not drawn a tag, your name will have six entries for the following spring, increasing your chances of drawing a tag. But if you take advantage of a loophole like Lee, your odds will improve.

“Arizona has a loophole that not too many people know about, and I’ve been educating friends because I want to go hunting [with them],” Lee said.

Instead of purchasing a tag for Merriam’s in the fall, Lee found that it is possible to purchase a preference point instead of a tag, stacking the chances of drawing a Gould’s tag in the spring. That method helped Lee accrue enough points to get his first shot at the coveted Arizona Gould’s. 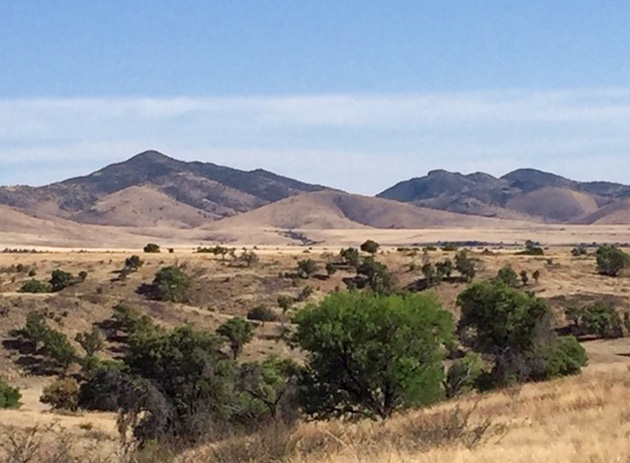 Lee’s Gould’s hunt began near Sonoita in southern Arizona, about a mile north of the Mexican border. That evening, Lee and his friend Eric Hawkinberry arrived at the location and decided to try to roost a gobbler before dark.

“And man did we get lucky,” Lee said. “We gave a few calls just to see, and they responded almost immediately.”

The duo spotted two gobblers and 13 hens and heard another flock of Gould’s turkeys in the area before heading back to camp. They set up decoys early the next morning, called and heard gobbling getting closer and closer. Then, Lee and Hawkinberry got the silent treatment.

“We never heard that group again for the rest of the trip,” Lee said.

Lee moved to another area where he and Griffin glassed hens in a valley. Lee knew the Gould’s were staying cool under the trees in the 96-degree temps. There was no way he could call them back up the hill into the heat. Lee and Hawkinberry watched the Gould’s flock from a distance for about an hour before discussing new strategies over lunch.

That afternoon, the hunters schemed to cut off the flock on its way to a watering hole. They set up decoys on the route, and the Gould’s followed their script. Using a diaphragm call, Lee lured in the whole flock. At 20 yards, Lee fired at the largest gobbler — not even a feather. He missed.

As soon as Lee pulled the trigger, all of the hens scurried away, but the gobbler hesitated. That gave Lee a shot at redemption, and he didn’t waste it.

“I was ecstatic,” Lee said. His Gould’s turkey weighed 23.5 pounds, had an 11-inch beard and a head the size of his hand. 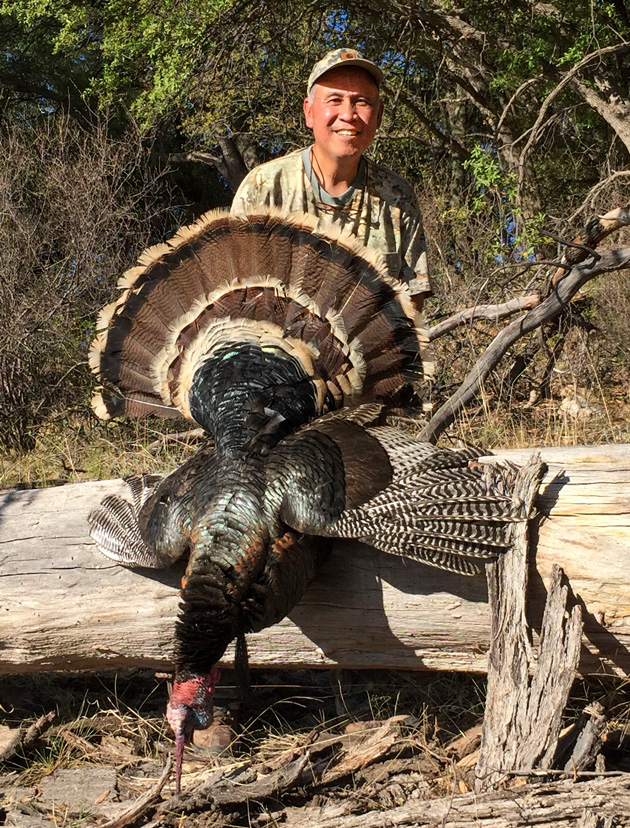 Lee still purchases a preference point in the fall rather than purchase a tag for a Merriam’s. It took him 12 years for his first Gould’s turkey, and he can’t wait to duplicate the experience no matter how long it takes.