Using firearm relics during turkey season is a blast from the past, but take caution when using newer ammunition. 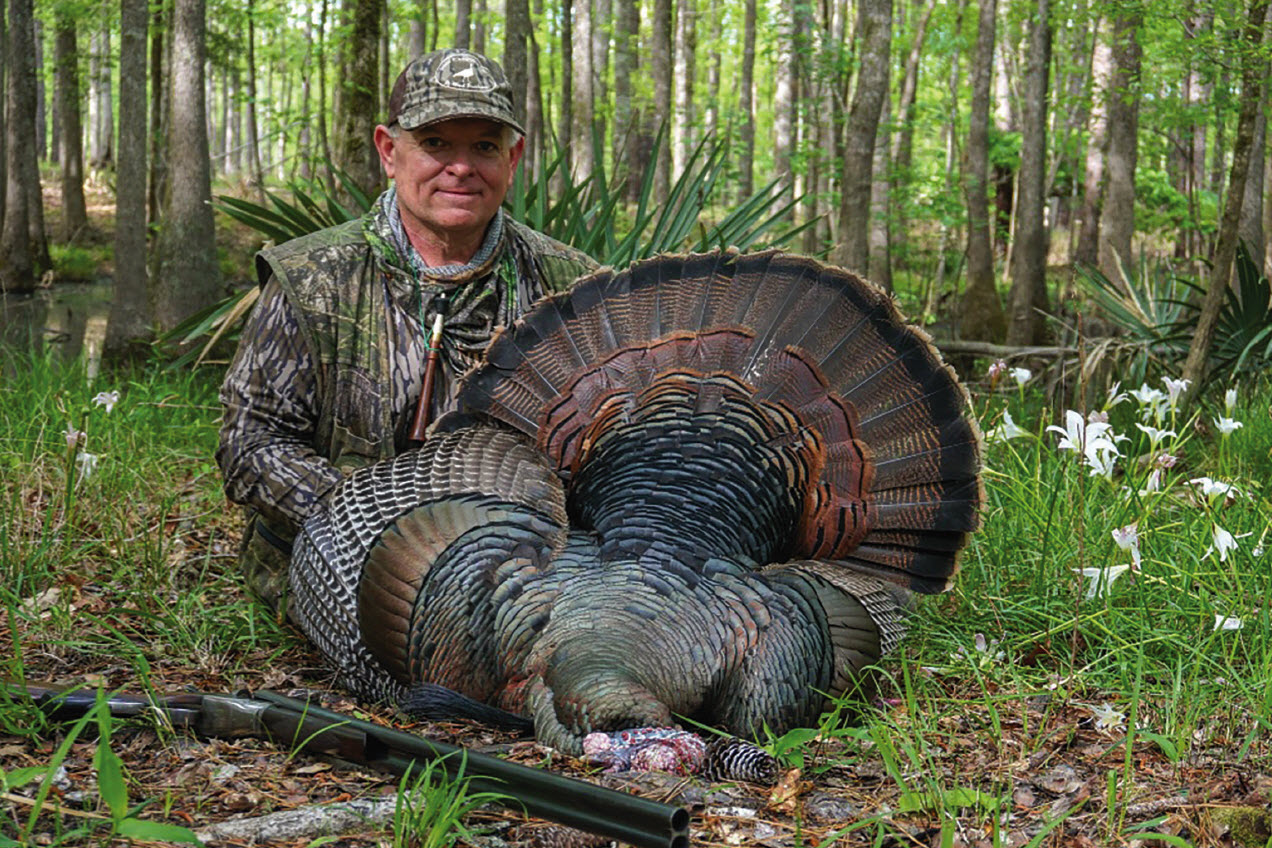 He only gobbled once but it was more than I had heard all morning. I had a hunch he was there but until now he was quiet. I had nowhere to be, and I decided I was going to take the subtle approach. After a few soft clucks and a short series of low yelps on the trumpet, I saw him making his way through the thick bottom where he was spending most of his days. I was focused on his white head weaving through the palmettos looking for me. Looking down the barrel of my old double gun was like looking down the hood of a ‘70s Buick and as I settled the bead at 15 yards, I closed the deal on another old South Carolina low country gobbler.

It wasn’t the amount of gobbling or the length of the beard or spurs that made this hunt special. Instead, it was the handmade call and 100-year-old gun I used that made it memorable. This gun was new to me, but the stories it could tell could only be known through the scratches and nicks in the stock and faint blueing left on the barrels. No doubt this old 16-gauge fox had been putting food on the table for a long time.

As a turkey hunting history buff, I have come to enjoy the simplicity of old school. Not that I have anything against the latest and greatest equipment; I have hunted with tricked out turkey guns dressed with red dot sights, choke tubes and Tungsten Super Shot. I love technology, but taking a gun with a rich history or even long family ties adds a whole other element to my hunts. My grandfather didn’t have turkeys to hunt where he grew up in his part of Louisiana, but taking his old Winchester Model 12 that he used for ducks and squirrels and killing a turkey with it or watching my son use it adds a special connection to the past.

Taking old guns afield does take a little more prep, and I spend a lot of time before the season making sure everything is right. The first thing anyone should do before using an old gun is take it to a good gunsmith and make sure it is safe to shoot. Years of use and sometimes abuse of a gun used for generations to feed the family can take its toll. Using the proper ammunition is one of the most important aspects of taking these guns to the field. Early engineering did not design gun barrels for steel shot or TSS. Being much harder than lead, TSS could possibly scratch the inside of barrels or bulge a tightly choked old barrel. While bismuth is a safe alternative for waterfowl, it is not as dense as lead and does not have the energy that equal shot sizes of lead carry for turkeys. Lead or copper-plated lead is probably the best alternative.

Another factor to consider is chamber pressure. Most older guns were not designed for today’s high pressure loads, especially if the gun may have Damascus barrels. Depending on the gun’s age and condition, it may be capable of shooting heavier loads with modern nitro powder, but do your research or have an expert inspect the firearm. Even if the barrel(s) can take it, 100-year-old wood could easily crack with the increased recoil. Heavy loads above 1¼ ounce often travel at speeds that increase pressure and recoil. Luckily, you don’t have to have high-powered shells for turkeys. Even though 3-inch and even 3.5-inch shells are all the rage, people have been harvesting critters with 2¾- and even 2½-inch shells for a long time. 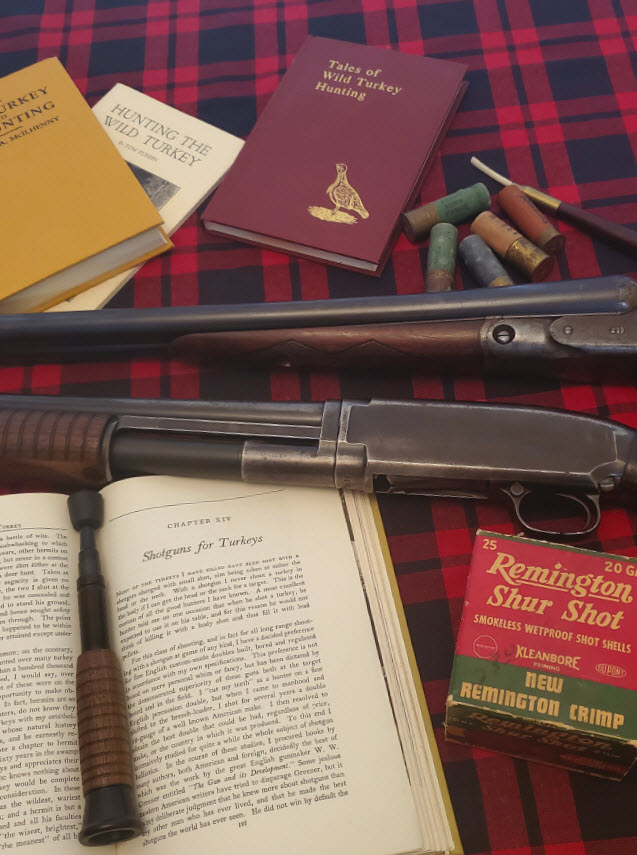 Chambers and Chokes
One thing important to check is chamber length. Some older guns were made with 2½-inch chambers. A few over the years may have been lengthened to accept 2¾- inch shells.

The shell may fit, but putting a shell that is too long can increase pressure and make it unsafe or damage a family heirloom. A good gunsmith can identify your chamber length, particularly if it isn’t stamped on the barrel. They can even lengthen the chamber(s) if it is determined to be safe. Another option is to find a shell manufacturer like RST that makes low pressure 2½-inch shells.

As with any gun, I spend a lot of time at the pattern board to find out what shell and load combo works best. Loads of 1 1/8 ounce of Nos. 4s, 5s or 6s are all good choices, and a little testing can show which patterns best in each gun. Be realistic in your expectations, as a lot of these guns may need to be kept inside of 30 yards. But that is part of the challenge and enjoyment of using them. One advantage I have found as far as old doubles go is that they may have two triggers that give you instant choke selection. If a bird slips in close, I can get on the other trigger instantly if one barrel is more open than the other. You can even put different shells in each barrel. Henry Davis wrote about this in his book The American Wild Turkey. He used 4s in his left barrel and 6s in his right barrel. 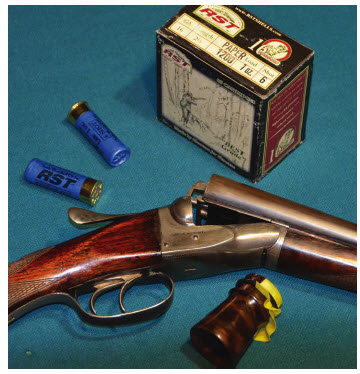 He felt the larger pellet size gave him more energy at longer distance. It is also important to note on old doubles that each barrel may shoot a little differently as far as point of impact, so trying different shells with each barrel can help fine tune your pattern.

With turkey numbers down is some regions and bag limits reduced, taking an old gun can really add to the memories this season. With a little homework and precaution, getting Grandpa’s gun out for an old-school hunt may just be the highlight of your season.