Seeing a brood of turkeys during summer might be exciting, but it can also be important. Biologists use information from informal surveys to plot the management of America’s No. 1 game bird. 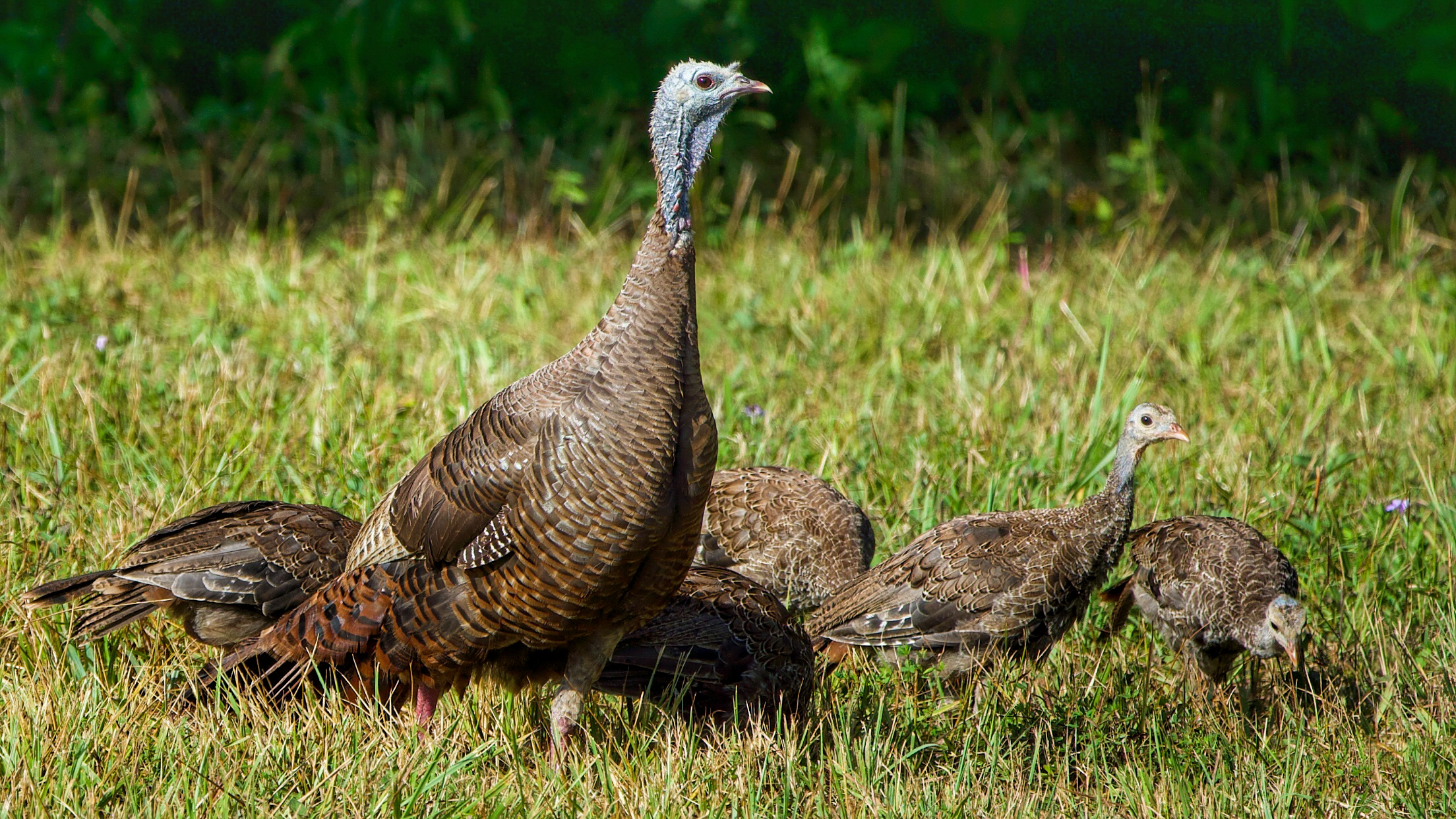 Many states conduct summer turkey brood surveys, during which casual observers can submit information about turkey sightings. Biologists later tally and study those observations to gain valuable insights into that year’s hatch and other turkey population dynamics. Most surveys are informal. Folks who see a brood while simply driving to work or hiking through the woods can submit that information. For years, most submissions were done via mail, but now, most are online.

“We calculate a poult-to-hen ratio for each turkey productivity region (counties grouped by similar land cover composition) and at the statewide scale,” said Reina M. Tyl, wild turkey and ruffed grouse biologist with the Missouri Department of Conservation, which has conducted annual wild turkey brood surveys since 1959. “This helps us determine if production was better in one region of the state versus another. We also calculate the percentage of hens that were observed with a brood and the average brood size (the average number of poults in each brood). Because we ask survey volunteers to submit all observations of turkeys, not just hens and poults, we are able to calculate a gobbler-to-hen ratio as well.”

And analyzing that information goes a long way toward managing turkeys at state, regional and local levels.

“Poult-to-hen ratios provide agencies with a metric for productivity — basically an index to reproduction at a statewide and regional level,” said Michael J. Chamberlain, Terrell distinguished professor of wildlife ecology and management with the Warnell School of Forestry and Natural Resources, University of Georgia. “These ratios allow managers to predict how populations will look during subsequent years using the proxy for how many poults are produced per hen. 2.0 (poults per hen) is considered just enough to sustain populations. Ideally, we’d see 3.0 or more poults per hen, which indicates a growing population. High ratios mean that productivity (nest success and brood survival) are good, and low ratios indicate the reverse. In conjunction with harvest, we can understand whether we’re producing enough turkeys to ensure that harvest is sustainable.” 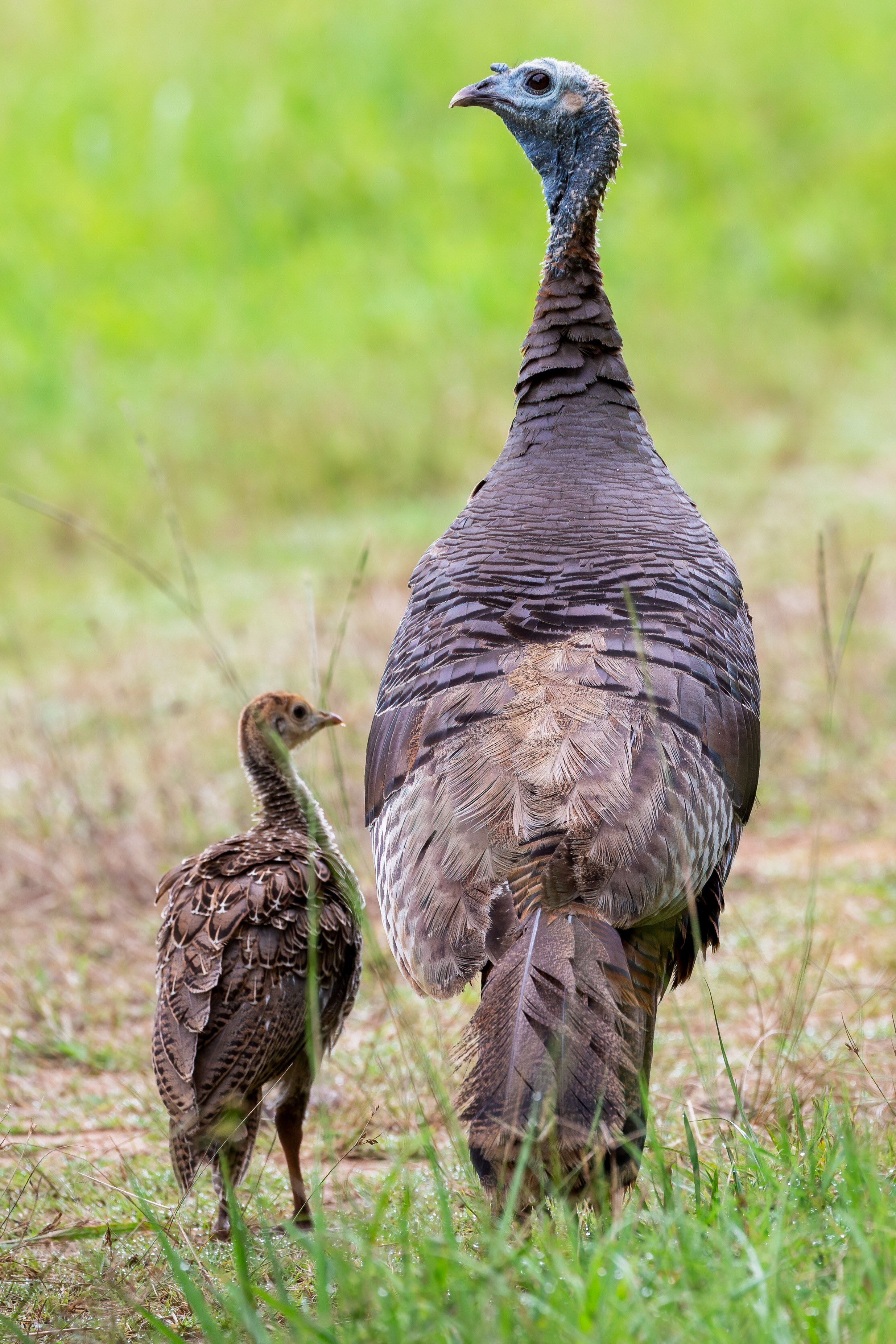 Biologists use that data when forming long-term turkey goals or structuring annual regulations. In fact, considering recent downward turkey population trends in some areas, such as the Southeast, such information has been critical when rethinking management strategies.

“We have been conducting these surveys since 1978, so we have an incredible long-term data set with which we can compare yearly reproductive success,” said Emily Rushton, state wild turkey biologist for the Georgia Department of Natural Resources. “We are also able to look at poult-to-hen ratios for each region of the state and use them to help predict hunting season quality for future seasons. We’re mainly concerned with the overall trend of poult-to-hen ratios, but our strategic management plan lists 2 poults per hen as our goal, as we consider that the break-even point for a turkey population to sustain itself. It has averaged about 1.5 poults per hen statewide for the past 10 years or so. This past year, due to concerns with poult production levels among other indicators, we made significant changes to our spring turkey regulations, including adjusting season dates and bag limits.”

Here's the best part of poult surveys: Anyone can participate, and they require little effort. Just check into volunteer summer brood surveys in your state, keep an eye out for turkeys during the off-season, and report those sightings as they occur. That’s it. A minute of time during a hot summer day can help turkey populations — and turkey hunting — for years to come.

See More Poults This Summer
Sometimes, seeing hens and their poults is as easy as stopping your vehicle so a family flock can cross the road. Many other days, however, turkeys don’t just prance into the open. And because observing broods during the off-season provides biologists with critical management information, we should try to glimpse as many poults as possible.

During late spring and early summer, poults — which have just hatched — can be tough to see. They might be as small as tennis balls and are often hidden by grass or other vegetative cover. When you see one or more hens in the woods or alongside a road, pay careful attention for poults behind and around them. Often, you’ll just catch slight motion as the tiny turkeys scurry behind mama. Sometimes, poults might fly if they’re old enough (at least two weeks).

As poults grow, you’ll see them more often in typical summer turkey range, such as pastures, grassy areas or some types of crops, as those spots hold lots of insects, which poults rely on for vital protein. During light to moderate rain, or after a thunderstorm, look for birds in open areas, such as meadows, food plots and field edges. 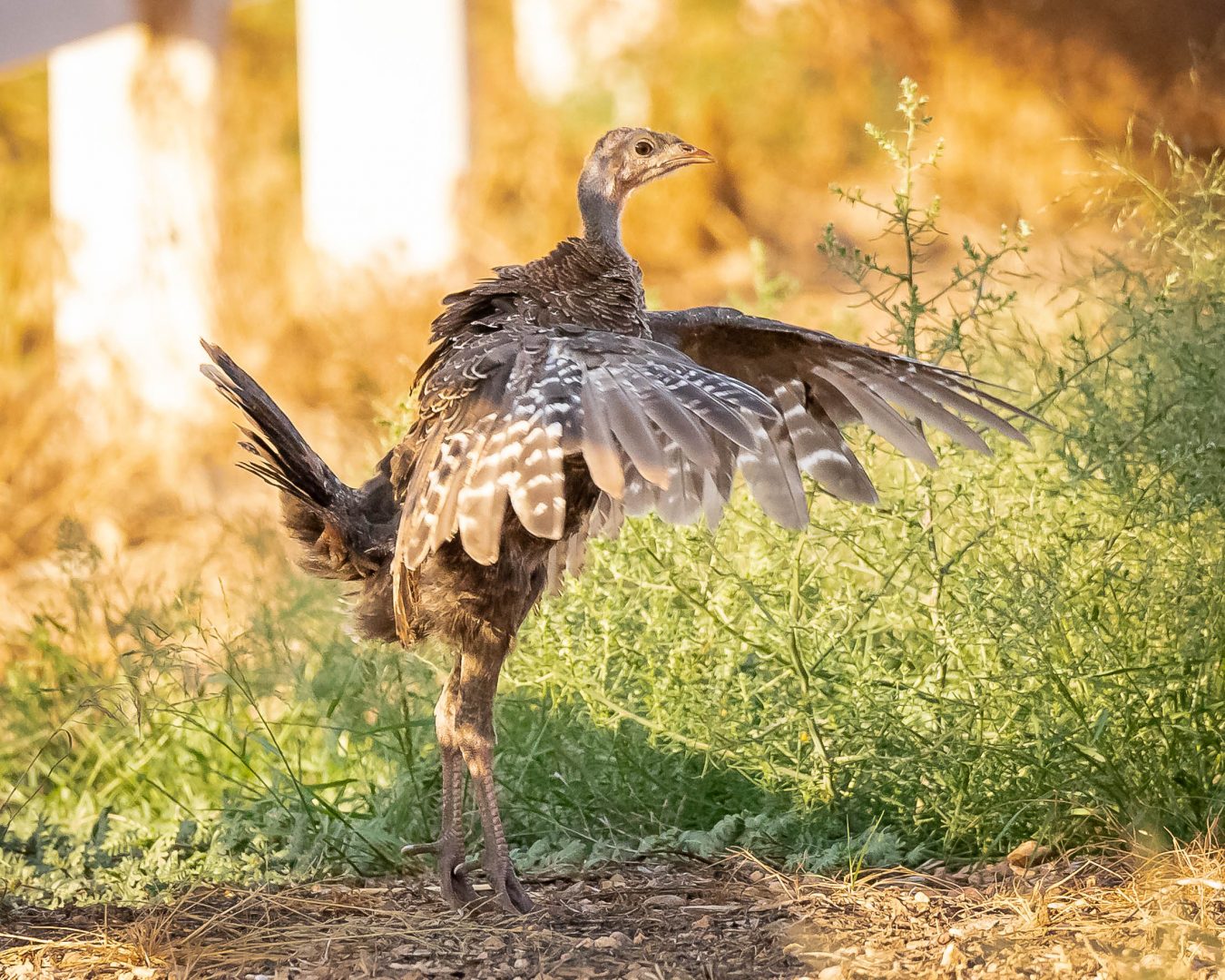 Try to note how many poults and adult hens you see. Often, family flocks mix together in larger groups called creches, so it’s common to see two or three brood hens with large gaggles of poults in tow. As summer fades into fall, you’ll see poults of various sizes, including some that appear almost as large as adult hens and smaller birds that were probably the result of second or third nesting attempts.