From sitting in a stand for 13 hours thinking, “I’m getting one today,” only to see a couple squirrels, to missing a shot that was closer than you would like to admit, we have all had our letdowns on a hunt. While coming back empty-handed is obviously not ideal, it is a relatable aspect of hunting that sometimes isn’t voiced enough, and it might make hunting seem more relatable for folks just starting out, if it became part of the mainstream narrative.

Whether scrolling through Instagram or reading an outdoors magazine, you have probably come across a caption along the lines of “Look how great this hunt was,” or “Look at the size of this thing.”

While I love seeing a friend harvest a big buck or reading a page-turning story about a great turkey hunt, I also enjoy hearing about what else the hunt had to offer; just because, sometimes, that is more relatable.

The majority of times we go hunting, we come back empty-handed, or at least I do. Yes, it is boring when someone says, “I was in the blind and didn’t see anything, so I left.” A lot of times there is a lot more to it than that, though.

If we are being honest, many of us don’t just go hunting to shoot an animal, we go for the sense of clarity it provides, the escape from something heavy weighing on us, to spend time with family or friends, or just to experience nature. Smelling the honey suckle of the southern turkey woods or the dying leaves of deer season is one of best parts about going out. Harvesting an animal is an added bonus. 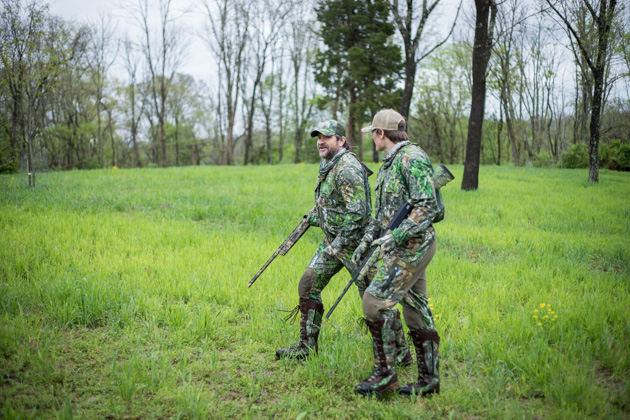 No one is saying you shouldn’t be proud of a trophy deer or even bask in your accomplishment, especially if you’ve been trying for a while. This is just a reminder that hunting isn’t always about shooting an animal. It’s about the whole experience — the smells, the clarity, the exercise, the laughs and the comradery.

As hunters and conservationists, if we took the time to express the many enjoyments of hunting other than harvesting an animal, I believe we would make hunting more appealing to nonhunters and make it more relatable to people just getting involved with the outdoors. As conservationists, this is what we want.

So, the next time you go hunting and return empty-handed, don’t hesitate to share the video you took of birds chirping, squirrels launching from trees or curious racoons coming to visit. That random video might be the thing that clicks with someone to make them want to experience the outdoors and hunting.