Turkey hunters love to call, but shutting up might be the best call sometimes. Here, the author details situations in which staying quiet works better than running a yelper.

I think a tom’s gobble is one of the most exciting sounds in the wild. To me, it’s up there with the haunting bugle of a bull elk. Most times, when a gobbler is anxious, I call often just to hear him gobble. Sometimes, I go a bit overboard, but I know there are times when it pays to tone down your calling or not call. It depends on the situation.

I asked custom call maker and turkey hunting guide Scott Basehore of Pennsylvania for his thoughts on the hush-mouth scenario on which I’ll elaborate. 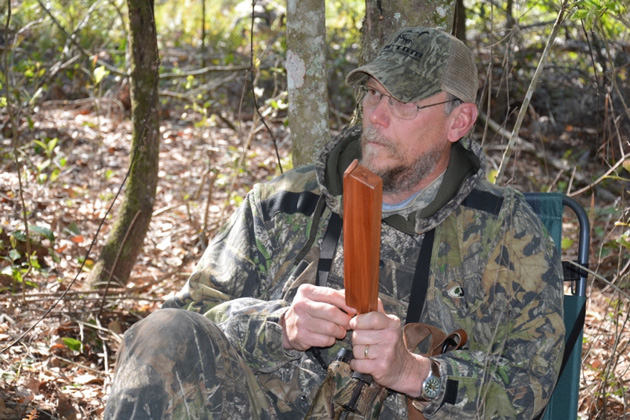 “I make calls and love to use them,” he said. “But sometimes, holding back makes more sense. For example, when a tom is picking his way toward you and you make him gobble too often, a couple of things might happen. He could attract a real hen, and she’ll lead him away, or he might stop his forward progress and try to make you come to him. I know it takes self-control, but it’s better, I think, to keep quiet so when he comes in he won’t know exactly where the hen should be. That way, he likely won’t be staring right at your position when he shows himself.”

We discussed other scenarios in which you should consider not calling. For example, if a gobbler is one of those bad boys that gobbles once on the roost and flies down to a bevy of hens, calling is usually an exercise in futility.

One non-traditional approach that works occasionally is to set up where you’ve seen turkeys previously — preferably regularly — and wait, without calling, for them to appear. With luck, a gobbler will appear sooner or later at a spot that’s good for you and not so good for him.

That tactic has worked for me more than once. Years ago, on a guided Merriam’s hunt in New Mexico, the guide and I were frustrated after two days of unproductive by-the-book call-them-in hunts. Finally, after mulling things over, the guide came up with a swell idea. 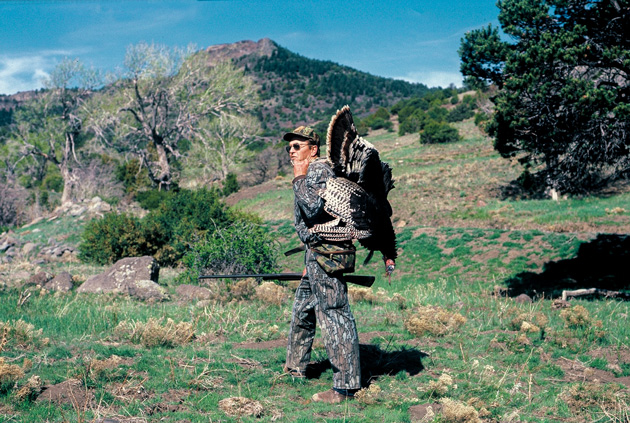 “I think I know where most of them land when they come off the roost,” he said. “In the morning, we’ll set up there early and stay quiet until they fly down.”

Our ruse worked, and when the turkeys started landing around us, I didn’t hesitate to shoot a longbeard soon after his feet touched the ground. The guide and I didn’t use our calls that morning.

Spring turkey hunting is one of my favorite activities. It’s been that way since I began hunting them in California in 1971. The act of calling in a wild gobbler of any size is, to me, a magical experience. I’m still amazed when whatever I do actually works. I prefer to call turkeys in a traditional manner. However, I believe that playing the hush-mouth game is occasionally a worthwhile addition to every turkey hunter’s bag of tricks.