If you write a little, and hunt turkeys a lot, you will eventually intersect with the word capricious. It’s inevitable, because the definition is so apt in terms of the wild turkey and its pursuit.

ca•pri•cious: adjective; given to sudden changes of mood or behavior. Synonyms include fickle, erratic, inconsistent and arbitrary.

I have not seen, nor have I heard a more accurate description of a wild turkey’s behavior than that definition. Recall your encounters with meleagris gallopavo (any subspecies will do), and I think you will agree. Not only will you agree, you will likely remember when they did some or all of that to you.  Personally. Gleefully. Without regret or remorse.

I am blessed to have a good friend in Missouri. Roger Lindsey and I have enjoyed our friendship and our common interest in the hunting of the wild turkey for more than 40 years. Our combined spring seasons number close to 100. Between us, we have looked down our shotgun barrels at many gobblers. All of this is not to point out that we are old. We are. Rather, it establishes that we have spent enough time in the woods chasing turkeys that we might have an observation or two about their behavior.

We find it interesting when we hear fellow hunters discussing turkeys using terms like “never” or “always.” Their premise is flawed. You really shouldn’t say that a turkey will never do something. Wait awhile and he will do it. Neither should you say that he will always do something. Wait awhile and he won’t do it. The reason for this can be found in the definition that appeared three paragraphs ago. His behavior cannot be predicted with certainty or even with great confidence … ever. I thank God for that. It’s what makes him so endlessly fascinating to hunt. 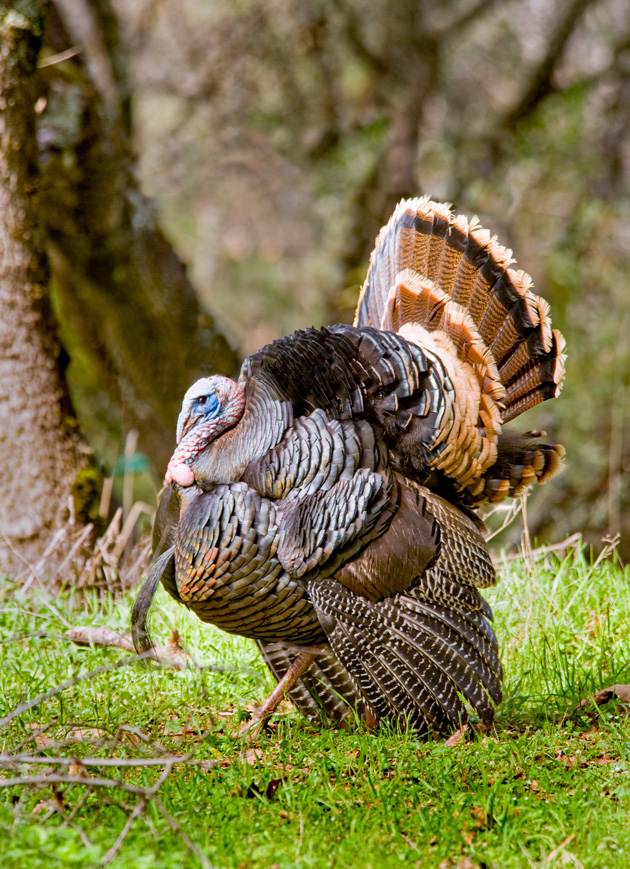 Because Roger and I have endured his capricious nature for so many years, and have been fed countless servings of humble pie by this merciless adversary, no illusions remain to us. We are realists. Our chastisements have been many and painful. So much so, that we have arrived at this plain truth: It’s a miracle when a turkey comes to your gun. The first two days of Missouri’s 2019 spring season provided ample evidence of this plain truth.

It’s difficult to talk about opening day without first discussing the three days that precede it. Every year, we begin the season on the Friday before the opener. We use the weekend to scout. Some would say we are a little obsessive about our scouting. I prefer to think of us as diligent. Whichever description you choose, we work hard on Friday, Saturday and Sunday to locate turkeys and observe them, to look for tendencies. Since we have hunted the same properties for more than four decades, we are familiar with all the places where we generally find them.

This year, the intelligence we gathered, both audio and visual, indicated that we should set up in Turkey Corner. That spot has earned its nickname. Over the years, we have seen and harvested numerous gobblers from this small corner/point in a large field. The mature timber east of the field is a frequent roosting area, and the field itself normally has some clover and a variety of insects that draw the hens and toms hopefully waddling behind them.

We were cautiously confident on Monday morning as we approached our set up area in the black dark. We used a favorite decoy spread — a jake, two feeding hens and an upright hen. We felt that we had guessed right. We had. There was at least one gobbler and some hens within 120 yards of where we sat.

Did I mention earlier that you can’t predict a turkey’s behavior with certainty? Everything about our situation pointed to a high probability of success. Even though I have learned that turkeys cannot be counted on to do what you expect, I allowed myself to be hopeful and expectant. Those hopes and expectations died when the birds flew down in the opposite direction and kept going.

It should have worked. We still don’t understand why it didn’t. We had arrived early and were hidden well. Our decoys looked authentic and inviting. Our calling certainly seemed good enough. Those turkeys just left on a whim, and we will never know why. See definition of capricious above.

In Missouri, you are required to stop hunting at 1 p.m. Most folks use the rest of the day to fish or search for morel mushrooms. Some take naps. Roger and I scout. Monday afternoon we found some turkeys on the far eastern end of another long field, bordered on the south by Hamilton Creek, and on the north by a steep ridge with some prime roosting trees. We made a plan for Tuesday morning.

Same decoy spread, once again set up in complete darkness. As the sky grayed, we heard some gobbles, further off than we were hoping. One had to be more than a quarter-mile away, west of us. After flydown, things got quiet. Typical for early season birds with their choice of willing hens. We liked our location, so we waited.

“We have company,” he said quietly. Indeed, we did. The problem was distance. The strutting gobbler and his single hen were more than 500 yards away. In my mind, he may as well have been on the moon. He had a hen. He was practically in a different county. I told Roger that we had less than a 1% chance of calling him in. I am happy to report that we made good on that fraction-of-a-percent chance. Sometimes, a turkey’s unpredictability works in your favor. 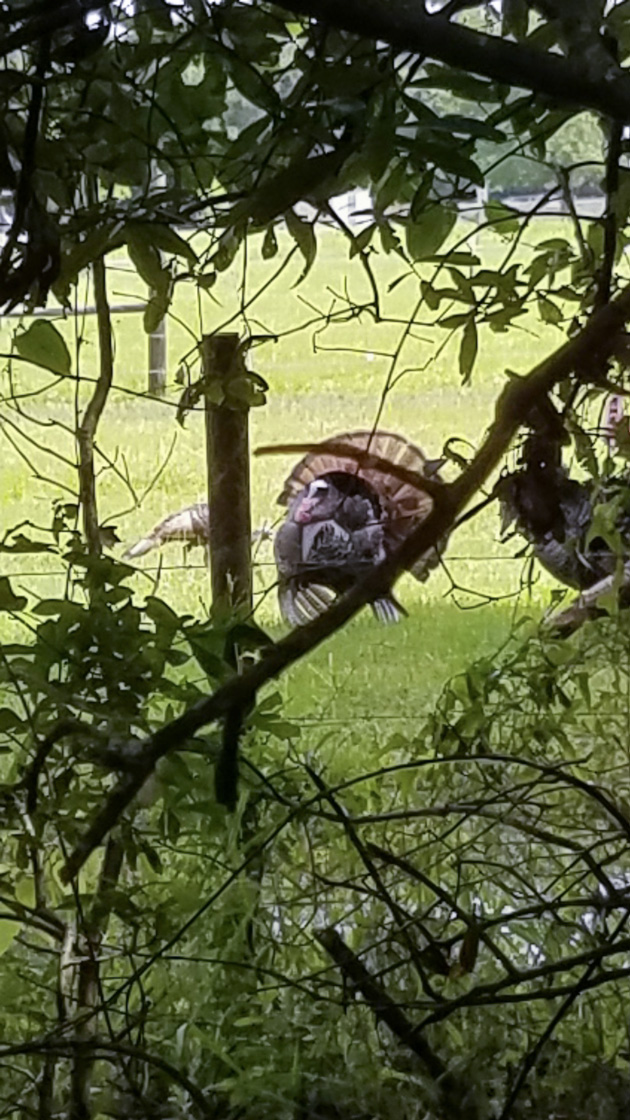 As we watched in virtual disbelief, he and the hen edged closer to us by moving east and a little south toward the creek. I used all three calls: box, pot and mouth diaphragm. He answered me nearly every time. He was so far away that I could not hear his gobbles. I could see him stretch his neck to deliver them, though.

At 300 yards, I was convinced it was over. The hen left him, walking away to the north. Incredibly, he didn’t follow her. Instead, he focused on us and began an agonizing approach — I mean painfully slow and distracted. Mostly, he wanted to display himself, strutting around in circles in the wide open, under a bright sun. I will give him this … he was truly beautiful.

Once he was within 200 yards, his demeanor changed, and he advanced with purpose. He was still slow, but it was clear that he was coming. He thrilled us with a final, ferocious gobble at 50 yards. At 42 yards, unable to stand it any longer, I pulled the trigger. It was 8:26 a.m. 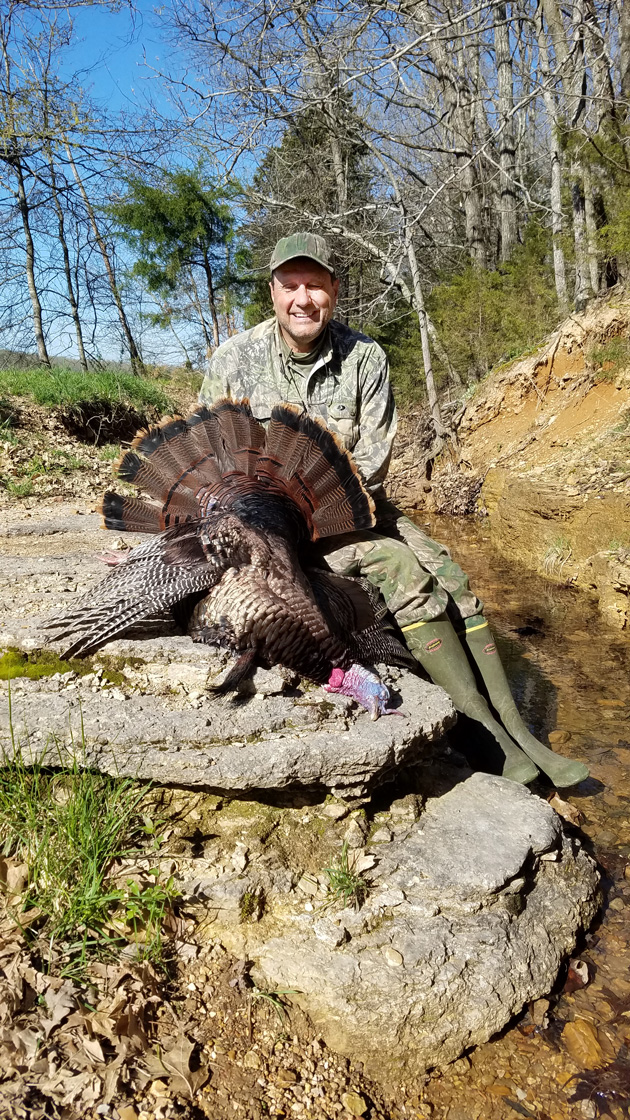 How does one explain two scenarios like those just described? High confidence, high expectations on Monday; nothing to carry out of the woods but our gear and our damaged pride. Low confidence, low expectations on Tuesday; a long walk out with a 24-pound 3-year-old slung over my shoulder.

The explanation is simple. It’s a miracle.