The Little Gun That Could

Almost everyone is familiar with the children’s story book “The Little Engine That Could.” It’s a tale about having confidence in your ability and overcoming surmounting obstacles. The Yavapai Yelpers Chapter in Arizona has a similar story of how to think outside the box to raise money for JAKES outreach. They call it The Little Gun That Could.

From its first banquet in 2005, the Yavapai Yelpers Chapter has been committed to putting on a family friendly banquet that emphasizes the importance of youth in the future of our hunting heritage. As every chapter knows, there are always challenges to accomplishing your outreach goals, especially in the first few years. Adequate funding is usually an issue.

In 2009, the chapter received an H&R Pardner single-shot 20-gauge shotgun to use in its banquet. Its cost was $139, but it was worth its weight in gold. As an inexpensive entry-level shotgun for youth, the committee placed the gun in a bucket raffle. Toward the end of the evening the bucket raffles were drawn, and the winner donated the gun back to the chapter to raise money for JAKES memberships. The auctioneer quickly auctioned the gun for $500 — and the second buyer promptly donated it back. 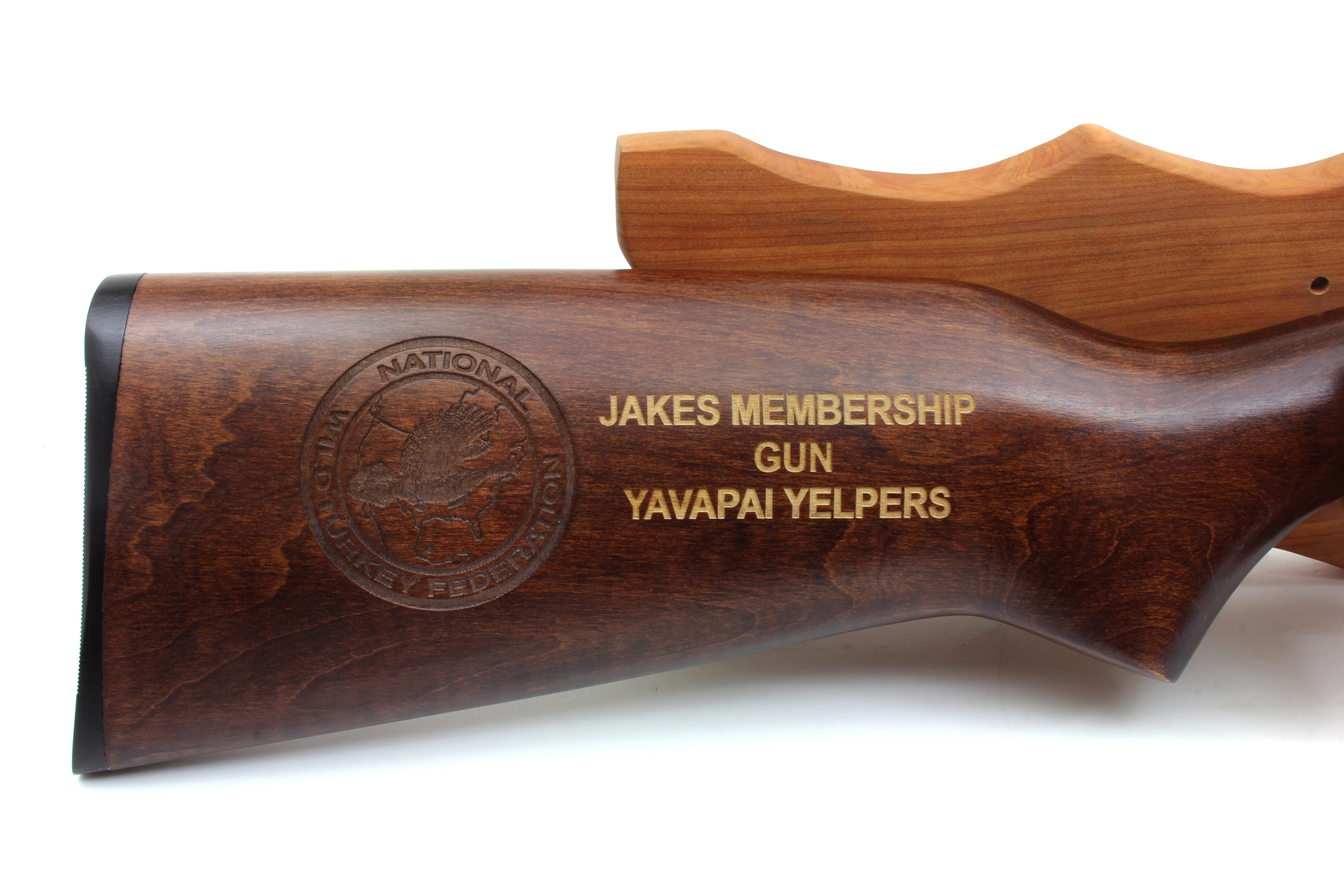 Recognizing their attendees were solidly behind the chapter’s commitment to the JAKES program and recruiting young hunters, the chapter made this little gun their traveling trophy to annually raise money for JAKES outreach and scholarships. They attached a brass plaque to the stock with the year and the name of the buyer. The buyer could then display the gun on a custom-made rack for the year, they would then return it to the chapter to be sold again. In each of the next six years, the gun was resold on live auction and a new plaque added to the stock. 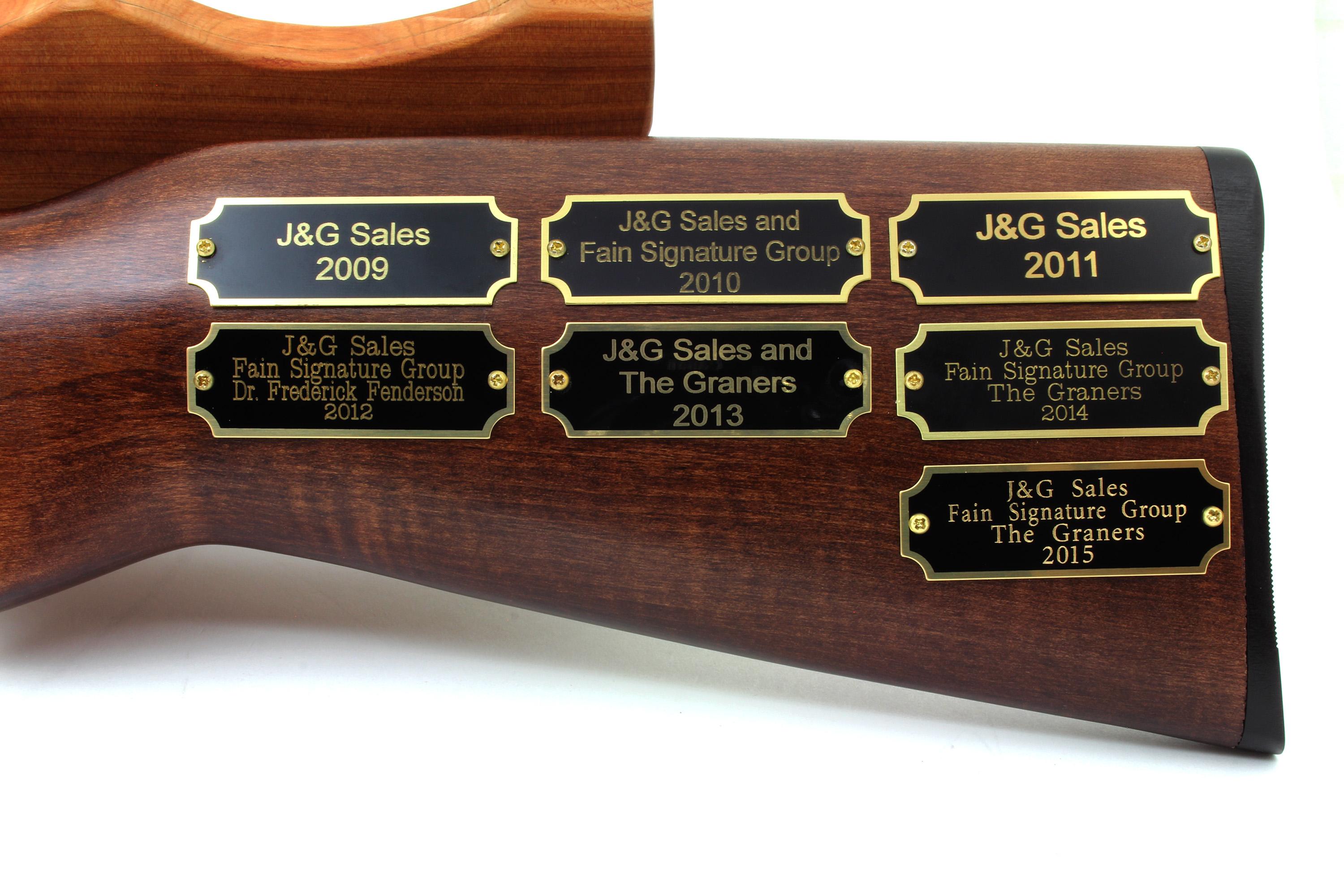 It became a gun nobody wanted, but everyone had to have.

With each year, the bidding grew. Once, the bidding got up to $2,000, and auctioneer, Col. Dewyane Turner from Grove, Oklahoma, asked the other bidders to match the high bid. For three years straight, they did. In 2015, after three bidders each committed to $3,334, the auctioneer asked for additional donations from the rest of the crowd. It raised $10,820.

Like the Little Engine that pulled the heavy load over the mountain, the Yavapai Yelpers JAKES Membership Gun pulled the heavy load of generating money for JAKES outreach, raising over $35,000 in seven years. Not bad for a $139 gun. The chapter used the money it raised to purchase JAKES memberships for the youth attending banquet and JAKES events and also for hunter education students and attendees at NWTF-sponsored or partnered youth hunts.

Try this technique to raise money for your local outreach programs. You might be amazed at the results. And best of all, one gun and one idea likely spawned a lifetime of hunting for hundreds of youngsters.

The Yavapai Yelpers Chapter retired The Little Gun That Could — a single-shot 20-gauge H&R Pardner shotgun — in 2015 after running out of stock space to attach another plaque. But, they replaced it in 2016 with the Save the Hunt sculpture mounted on a three-tiered walnut base. The new traveling trophy has already generated $5,670. And it has room for numerous plaques to recognize those volunteers who are dedicated to supporting the chapter’s the Save the Hunt efforts. 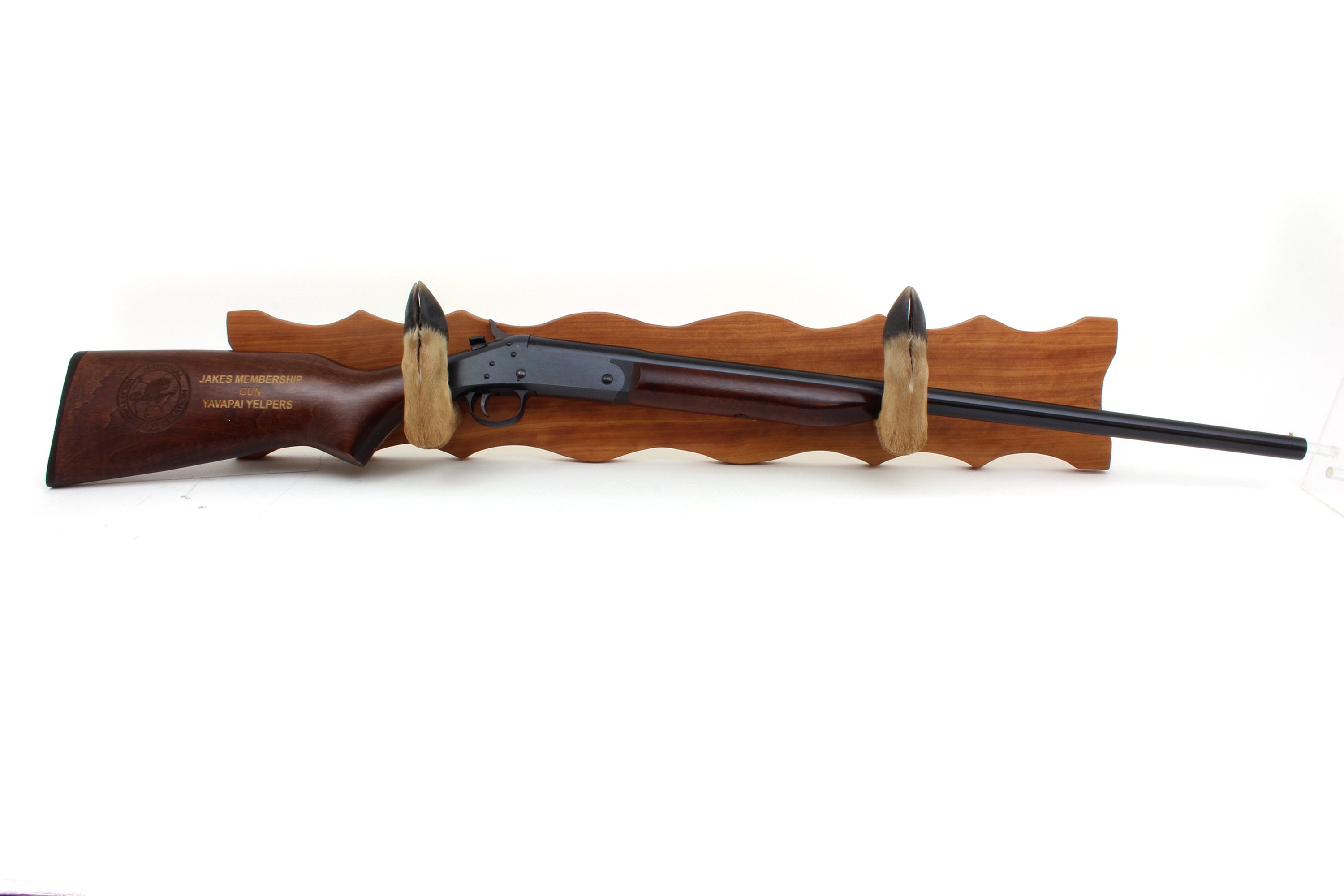