Lost in the WIld

Hunt long enough, and you’ll get off the beaten path and need to find your way back. Preparing for the situation is key.

Getting lost is likely a real fear for every hunter – and if it’s not, it should be.

Every year, as regular as the seasons changing, somewhere across North America, hunters go missing in the bush. There is no database or agency that tracks national numbers as local agencies are usually responsible for coordinating search efforts.

In December 2020, a hunter didn’t return after a day of deer hunting in New York’s Shaker Mountain Wild Forest. A subsequent autopsy showed the case of death as cardiac arrest, but the truly lost succumb to starvation, dehydration and hypothermia.

New York’s Department of Environmental Conservation provides insight into how extensive the problem is. DEC staff were involved with anywhere between 11 and 25 searches for hunters annually between 2015 and 2020.

Not all were deaths, but all didn’t return when expected. Getting lost is a big cause of hunters not returning on time and the most preventable. Even the most seasoned hunter can become lost – all it takes is thick fog, heavy snowfall or simply getting turned around.

Jae Ellison of Williamsport, Pennsylvania, a professional outdoor educator and CEO of Northway Outdoor Consulting, said the most significant part to not getting lost is prevention.

“A lot of that is doing homework about the area you are hunting in and identifying catching features so you can identify where you are,” he said.

Another part of prevention is preparation, which includes having a hunt plan. It should include the location of the hunt, time of departure, time of return and be left with a person who could follow up if you don’t return on time.

Being prepared includes having a bivy kit, which is basically a survival kit.

“In your kit are items so if you had to overnight somewhere you could facilitate it more comfortably,” he said.

A more recent addition he suggests, especially if further from the road, is a personal locater beacon. “They’re a wonderful resource for getting yourself out of a sticky situation,” Ellison said. 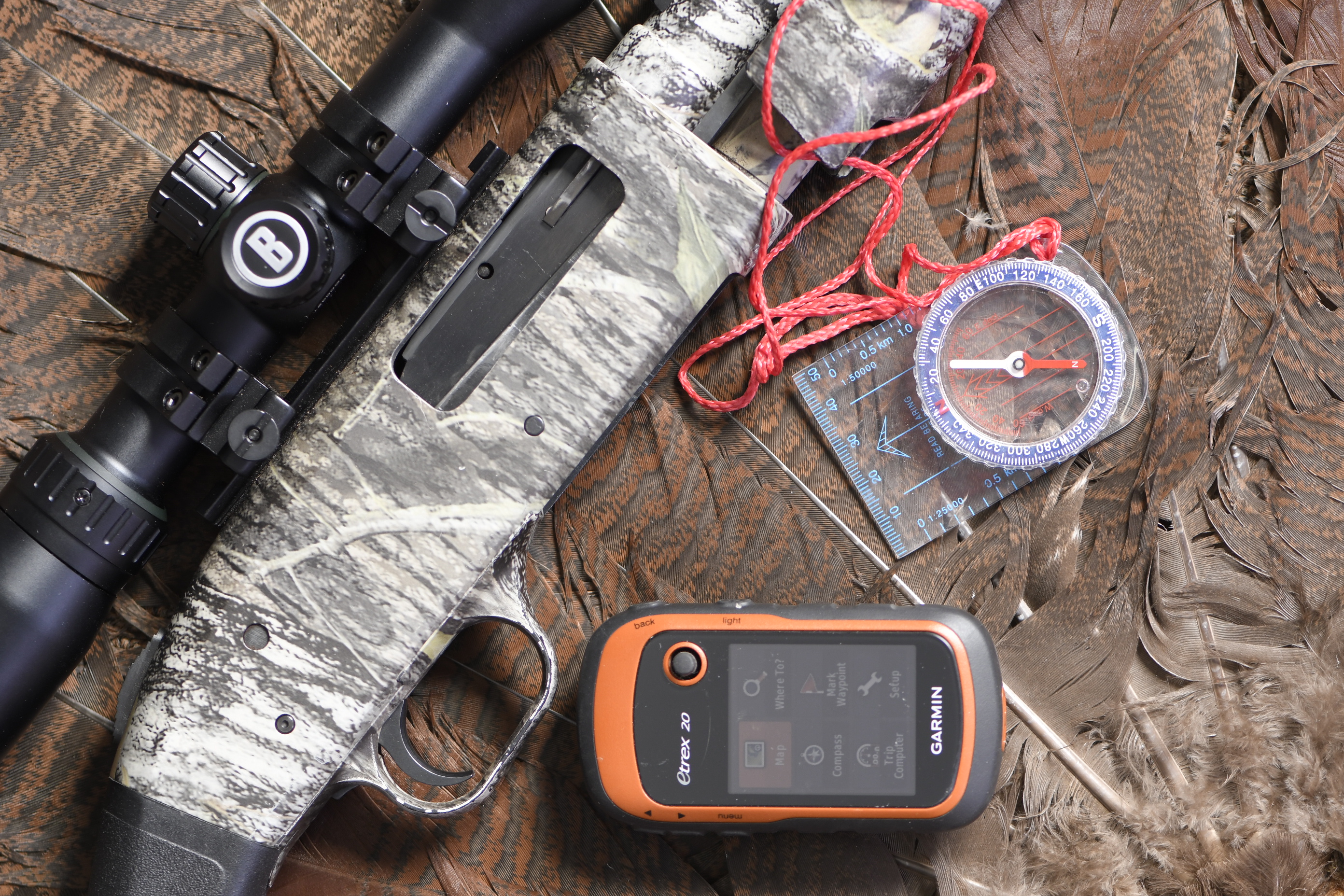 He also suggests taking a survival or wilderness medicine kit, especially for those venturing further in the bush.

Canadian explorer and author Adam Shoalts, who has charted several previously unexplored northern rivers, suggested learning to identify species of trees, mushrooms, plants and moss, as it will make a hunter a better navigator.

“When you can identify most plants, mushrooms and trees on sight by their species, it helps remember where you’ve been and to navigate easier, instead of just thinking, ‘all trees look alike, or all plants look alike,’ which leaves a person unable to distinguish and remember where they’ve been,” he said.

If You Are Lost
One of the largest challenges of being lost, is admitting it, Ellison maintains. When you come to that realization, he suggests this is the time to STOP. In this case, the acronym STOP means: Stop moving and don’t keep wandering around; Think about what available resources you have; Observe your surroundings to see if there is anything identifiable or dangerous; and Plan.

“Even if you get an inkling you may not be where you think you are, or are turned around, put STOP into effect,” Ellison advised.

He gave the example of being in the field with a group and one of the members went off to use the washroom. It’s very foggy, and with all the trees the same size, it was hard to find anything identifiable. That person admitted they were lost and started blowing a whistle.

“That turned what could have been a huge problem into something that wasn’t a big deal,” Ellison said, adding it also illustrates the need to take the bivy kit for short trips like using the washroom.

In more serious situations, Ellison had a list of steps to initiate.
1) He advises to sit and observe the general area, looking for both landmarks and hazards. Then the lost hunter should take care of personal priorities, such as providing treatment if injured.

2) Take control of the environment by building a shelter for the night if appropriate. This is also the time to activate the emergency locator beacon if you have one.

3) Make your location as visible as possible. If making a fire, make it as smokey as possible by putting greenery on it once burning. Put up eye-level ground markers, such as hanging hunter orange items on tree branches so they can be seen.

4) Be loud. Use a survival whistle, blowing in lots of three, which is the international distress signal.

Turkey Hunters
For most turkey hunters, hunting occurs closer to farms and civilization, but that doesn’t mean they are immune to getting lost. It’s typical for turkey hunters to go into the woods in the dark, which makes it easy to get turned around.

Ellison suggested scouting during daylight hours before the season to be more comfortable with going into the area in the dark.

Pennsylvania turkey hunter Tony Hudak, who completed a Super Slam and is often going into unknown territory, added more advice for the turkey hunter. He always starts with a lot of preparation through topographical maps, Google Earth and the OnXmaps app.

“If phone service is not available in your hunting area, and a lot of times it isn’t in mine, tuck a topo map into your turkey vest and never forget a good old-fashioned compass to keep you headed in the right direction,” he said. “I always have one in my pocket and never leave home without it, especially when heading to new territory. Be sure to take a heading before leaving your truck or camp to ensure a safe and direct route back after tagging that gobbler.”

He has never been lost to the point he had to spend a night in the woods but has been turned around.

“Coming across your own boot prints in the snow thinking you’re heading in the opposite direction can sure make a guy nervous,” he said. “A quick check with a compass or GPS always gets me back on track, they are both so important.” 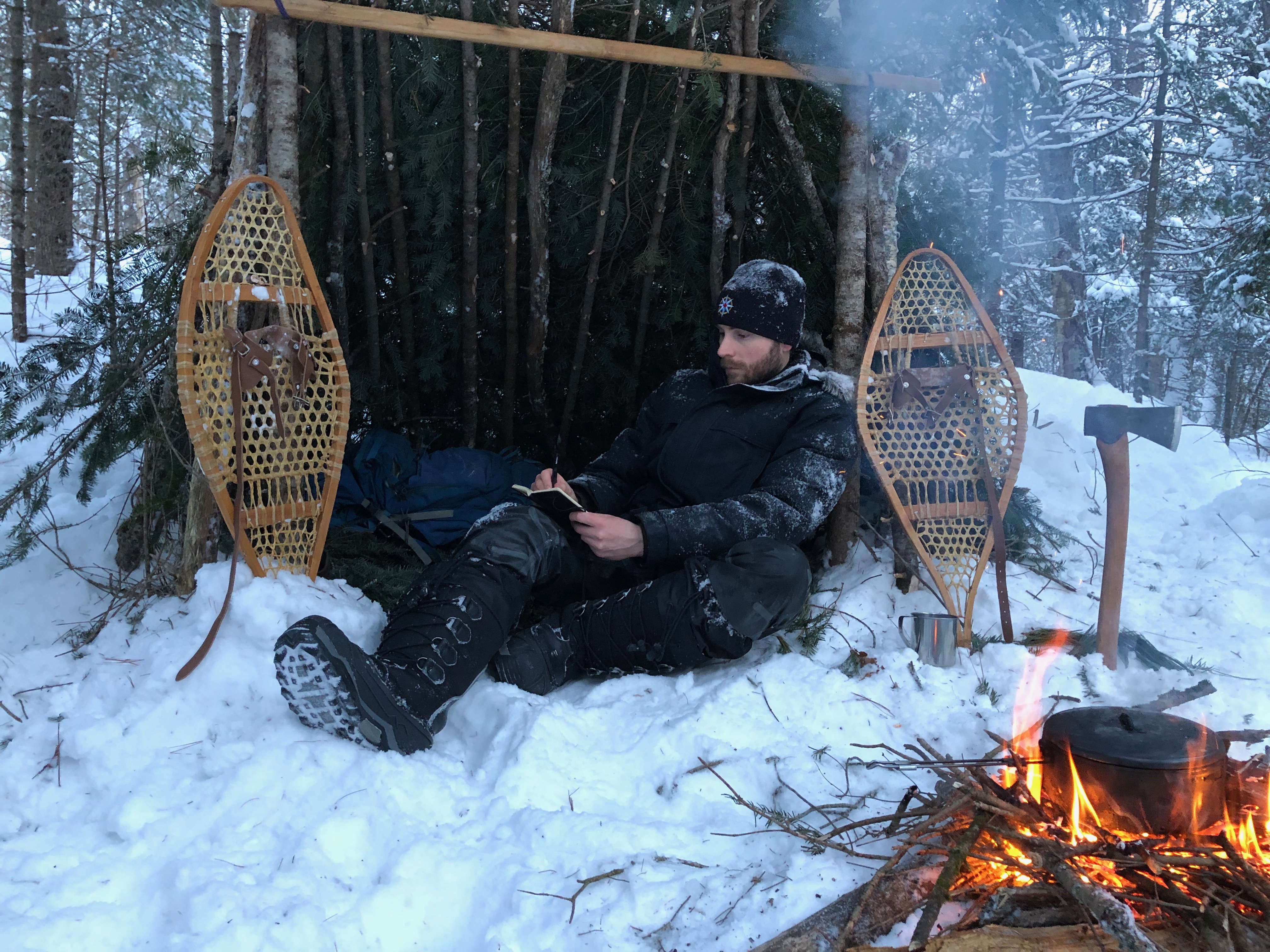