Tyler Mumpower wears No. 13 on the baseball field. In the woods, the number has been anything but unlucky.

At just 11 years of age, Mumpower killed a gobbler on April 22 that will live in the record books for years to come. Mumpower’s bird carried 13 beards, the most ever registered in the NWTF Wild Turkey Records, and it met its demise just days before Mumpower turned 12.

“I told him that was his birthday present,” Mumpower’s father, Rodney, said.

It was an early birthday present the Pennsylvania kid will take. 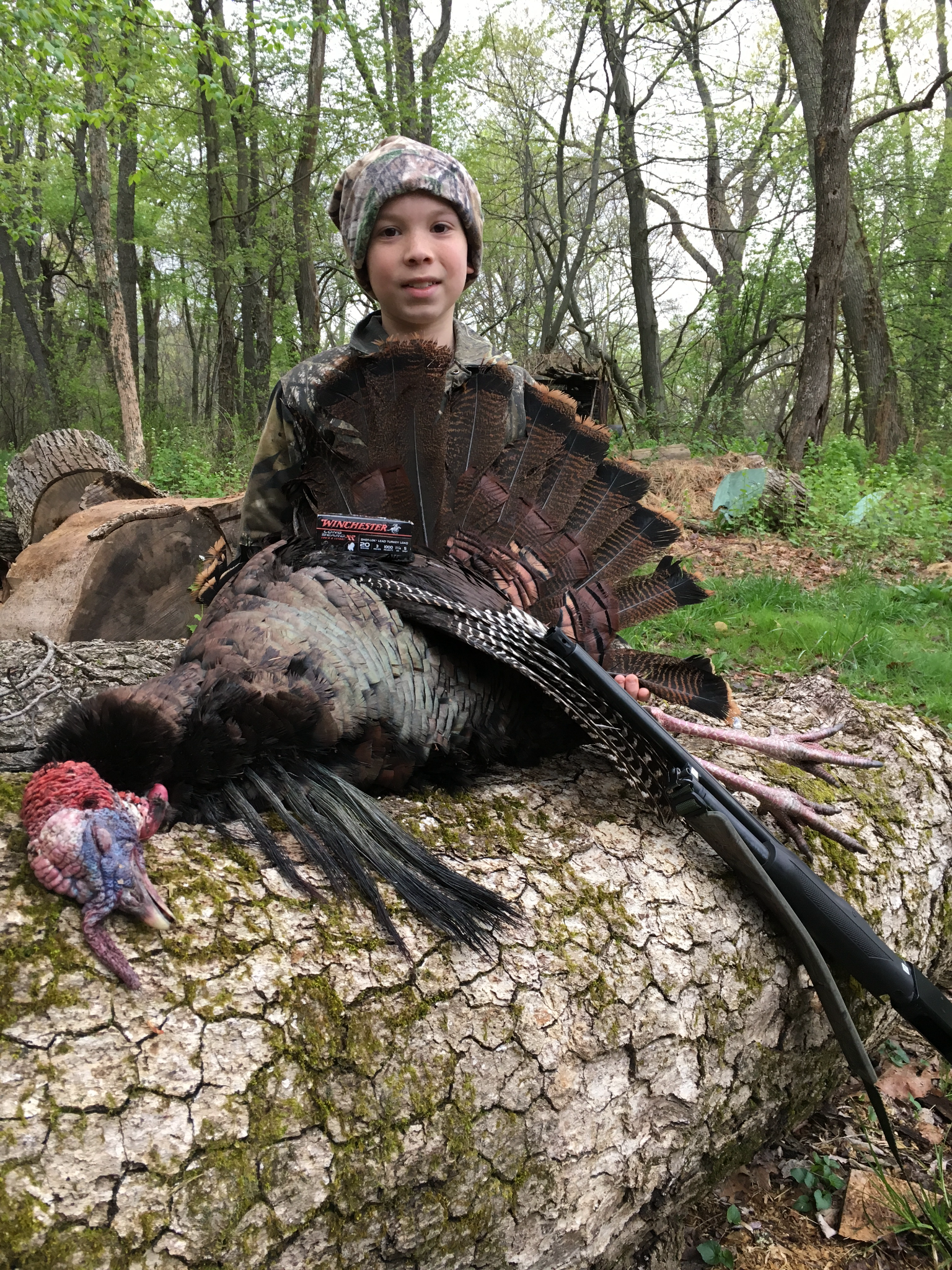 Using the NWTF Wild Turkey Records scoring system, which tallies beard length, spur length and weight, the gobbler scored 199.25, the third-highest score ever registered. The longest of the beards was 10 inches, and it had just a 1-inch spur and a 15/16-inch spur. Any longer, and the 22-pound bird may have challenged for the highest score in history (203.9375). The previous record for most beards registered in the NWTF Wild Turkey Records was 10.

Tyler shot the bird in Adams County, Pennsylvania, near the Maryland border, and it was meant to be. Here’s how it went down:

At 7 a.m., Tyler and his dad, Rodney, were set up in a blind. Rodney called a hen in and two gobblers followed. Tyler shot at one and missed. The birds took off and the morning appeared doomed.

Second chances in turkey hunting are rare, but Tyler was about to get a big one.

Rodney called the birds back in, but Tyler was unable to get positioned to make a shot. With two Avian-X hen decoys in the field, the father-son duo heard another gobble behind them, and this bird came in with two other gobblers in tow. The birds walked right next to the blind, and Tyler was back in the game.

“(Dad) called and they gobbled and came three feet away from the blind,” Tyler said. “My eyes lit up, and he told me to just pick one and shoot it.”

Rodney added, “All three gobbled right next to us and shook the blind.”

Tyler’s aim was true on his next shot with the Mossberg 500 Bantam 20-gauge shotgun, and he just happened to pick the right bird of the trio. All three were walking away from the blind into the field, so the Mumpowers never got a glimpse of the beards until they came upon the downed gobbler in the field.

“We still didn’t know what we had gotten,” Rodney said. “We were just in amazement.”

There was some local lore about a monster gobbler. Workers at the grit mill nearby the hunting property had seen a turkey with multiple beards in the area, but the Mumpowers never thought much about it.

The gobbler was weighed and measured multiple times by biologists and Pennsylvania Conservation and Natural Resources officials. It was immediately registered with the NWTF and will easily be the new state record. This was Tyler’s second bird ever killed. His record-setting atypical gobbler even had three more ports on its breast to grow more beards, Rodney said.

For Tyler, he’s a semi-celebrity now on his baseball team. They call him Turkey Tyler.

“I’m just tickled to death for my kid,” Rodney said. 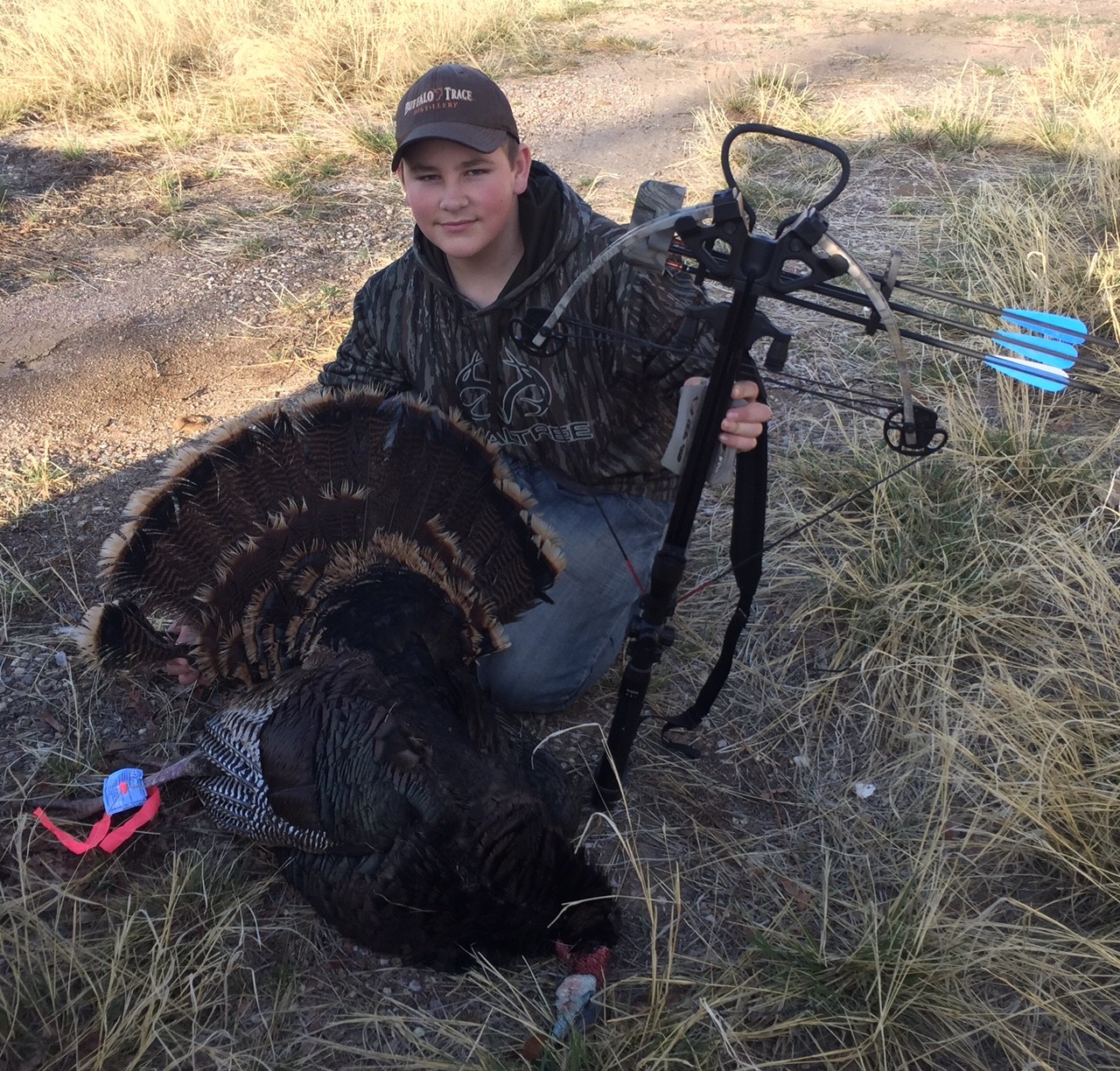 Jacob Buchner dropped a six-bearded gobbler on his first turkey hunt ever. Buchner, 13, used a crossbow to bring home a once-in-a-lifetime bird, but it wasn’t without a few nervous moments. He missed on his first shot but quickly regrouped. 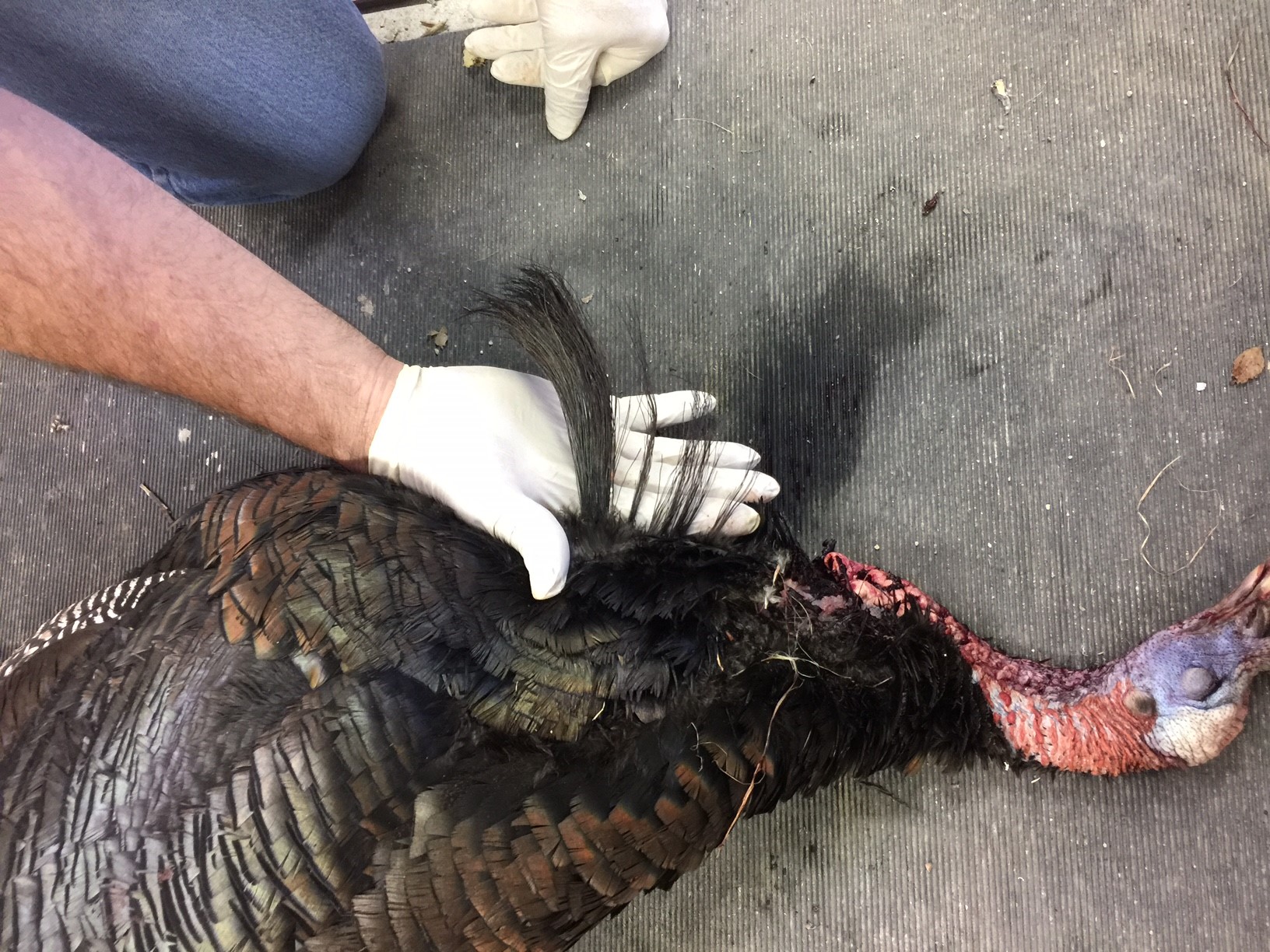 “I was standing about 20 yards away with my other boy watching from our cover,” Buchner’s dad, Kevin, said. “That’s when my heart sank as I realized I had the cocking cord for the crossbow, and there was no way for me to get it to my son. Without hesitation, my boy reached down and grabbed the string with his bare hands and swiftly pulled the string into place so he could shoot again as I watched in disbelief.”

The second shot pierced the bird’s neck, and the turkey became a story that will be told for years at hunting camp. Kevin Buchner used a Lynch Fool Proof box call to entice the old bird, and he came straight in to the Avian-X jake and hen decoys. 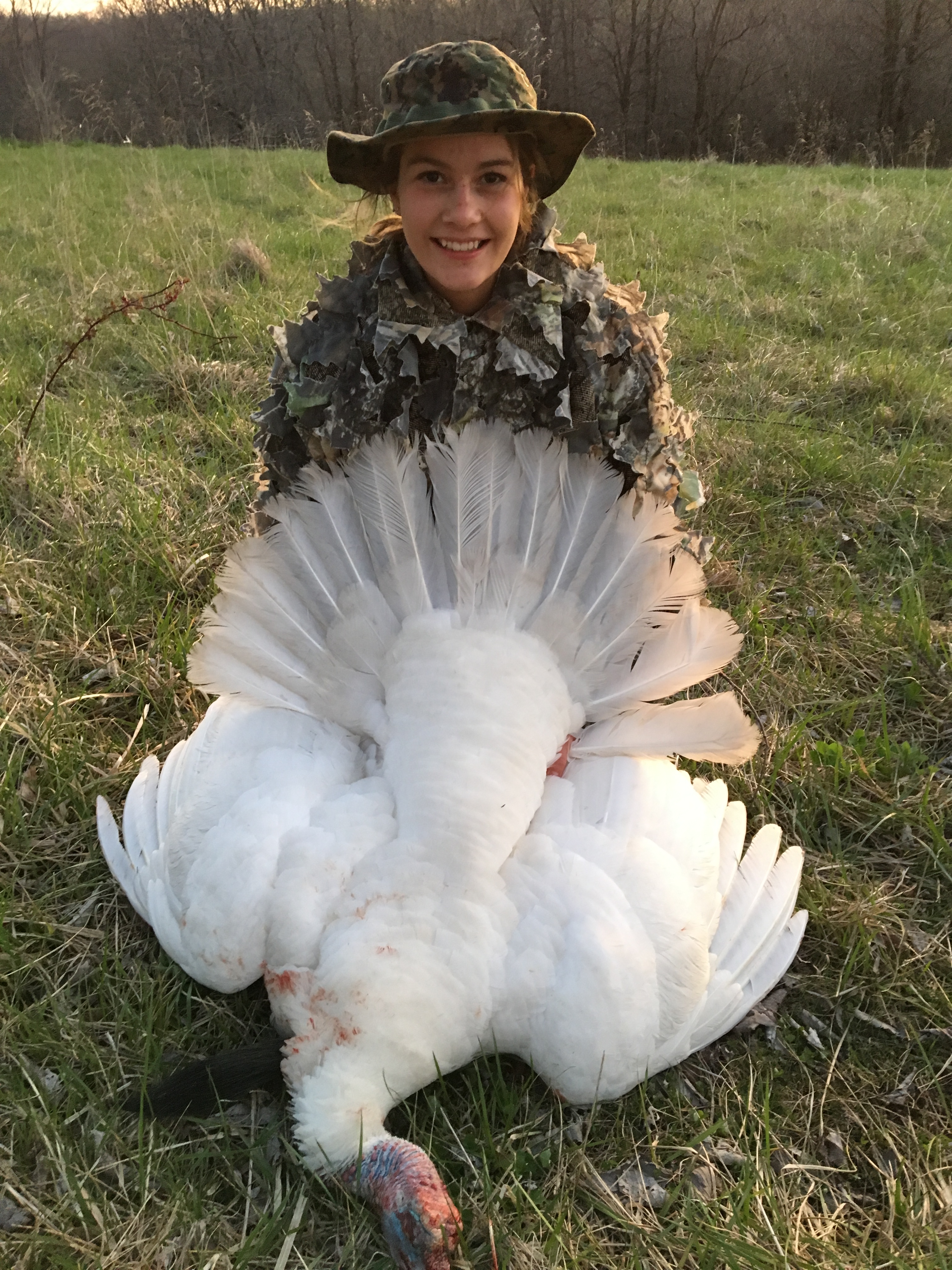 In early April, Anna White shot one of the rarest birds in the wild: an all-white gobbler. The bird may have been an albino, which is entirely white with pink eyes, but was most likely a partial albino or white-phase turkey, biologists said.

White trekked a mile with her father, Paul, and sister, Aleena, to a honey hole spot where she had previously killed a 27-pound longbeard. Her dad got a glimpse of the white gobbler at fly-down time and began calling. Once the bird was in range, White stopped the bird in its tracks at 29 yards.

“The excitement of bagging this trophy was unreal,” Anna said. “My dad, who has hunted turkeys for many years, and he told me this is a once in a lifetime [turkey].”

Anna thanked the Missouri Department of Conservation, the NWTF and the private landowner who allowed her to hunt.