When morning hunts go awry, work with a wild turkey’s natural behavior for an afternoon pursuit.

Before we talk about how to hunt turkeys during the middle of the day, let us first talk turkey reproductive behavior. Understanding the evolution and biology of a turkey’s sex life during spring can vastly help you be a more successful hunter.

Several gamebird species go through systematic ritualistic mating in the spring called lekking. If you have never heard the term lekking, it is where males congregate and engage in competitive displaying to impress females. Most people associate lekking with grouse such as prairie chickens or sage grouse. Spring turkey gobbling and strutting is also lekking behavior. Essentially, toms display and fight to demonstrate their superior fitness to the wandering eyes of the surrounding hens.

Each spring, toms will visit a series of scattered strutting sites (lek sites) within their home range. In theory, the females check out the competition and pick the male that appears to be the fittest bird with which to pass on her genes. 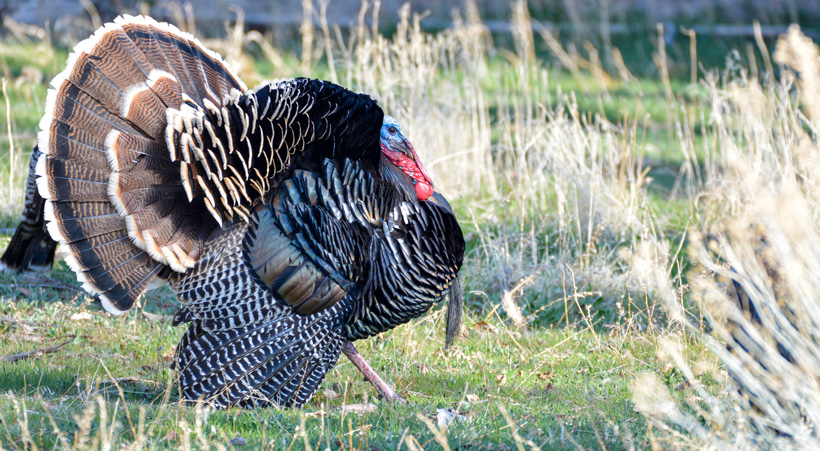 Most turkey hunters love hunting in the morning because turkeys are visible, loud and provide the hunter-prey interaction we envision turkey hunting to be. As fun as the morning hunt is, it is not an easy hunt, and evolutionarily speaking, there is a reason why.

This evolved turkey mating ritual of gathering in large groups at predetermined spots, usually in open areas, for displaying and mating only lasts a short period in the morning. As a morning turkey hunter, we try to lure a tom to us, away from hens, by imitating a single hen off in the distance. This goes against the wild turkey evolved mating strategy of meeting at these lek sites in large groups, both hens and toms. A tom leaving the larger group to go chase a single female reduces the chances of him mating and passing on his genes. For a tom, chasing after a distant call in the morning is a poor strategy for maximizing his chances of mating. This explains the difficulty of it.

As with most lekking species, the morning is prime mating time and turkeys are no different. The strut starts at dawn and goes strong for a couple of hours. After this, the hens slowly become disinterested in mating and wander off for a day of hiding, loafing and feeding. The risk of predation is one of several reasons turkeys choose to congregate for only short periods during the morning for mating. With birds congregated, vocal and in the open, they are at higher risk of predation. Minimizing this ritualistic mating period is also a survival strategy.

When the large mating groups break up for the afternoon, toms start cruising routes in their territory to find those few hens still interested in mating during the day. Understanding this as a hunter, you can use this turkey behavior to your advantage. While cruising, these toms are listening closely for hens to call so they can meet up in hopes of a midday mating session with one of those few hens still interested.  What you need to do as a turkey hunter is be the hen calling in the woods during the afternoon. If you do, you have a good chance of luring one of these lovesick toms your way. Use your eyes as much as your ears hunting these afternoon birds as well; they can come in gobbling, or they may come in silent.

As an afternoon turkey hunting strategy, you can do what coyote hunters call “making stands.” As you hunt in the afternoon, move around the landscape, and call from edges of open areas. Stay in your stand for a significant amount of time, maybe 20 to 30 minutes. To reiterate an important point, be ready because you might get a cruising tom to come in silent and surprise you. If nothing happens in one stand, move around the landscape, and repeat throughout the day.

Spring hunting means enduring all four seasons of weather in most parts of the country. One minute the sun is out, the next minute it can be blowing snow, sleet or rain. Having the right layering system is going to be the ticket to keeping you out all day. Layer up and layer down given the changing weather conditions to stay comfortable. When you are comfortable, you will want to keep hunting.

Hunting all day requires you to carry more gear such as water, food and clothing, so a must-have for all-day hunting is a quality pack. The big game hunting pack you carry around during the fall is perfect; in the spring, just call it your all-day turkey hunting pack. 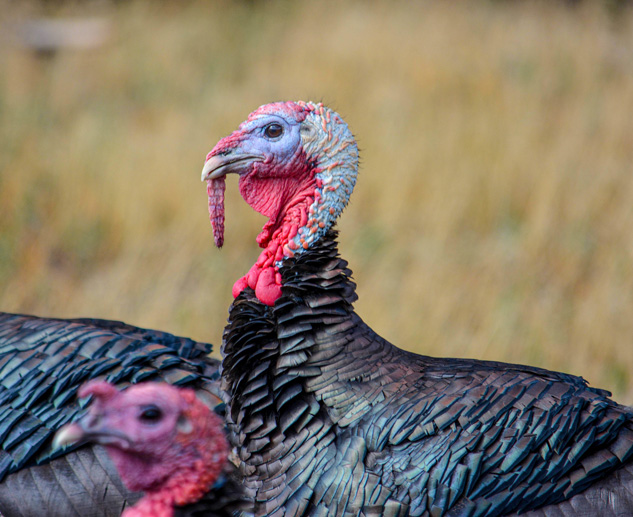 The wildlife species we love to hunt have been a part of the ecosystems they inhabit for thousands of years. They are acutely aware of their surroundings and have evolved strategies to maximize their ability to reproduce and survive under extreme conditions. Hunters clumsily enter the natural world as a work in progress, while the prey has nearly perfected its existence. This is what makes hunting … well, hunting. Hunting is hard. We do it on the prey’s terms, not ours. Understanding some subtleties of animal behavior can add another card to your deck for improving your chances at a harvest.