Once a favored tactic of aggressive turkey callers, cutting and running has faded somewhat in popularity. But it still works — provided you apply it correctly in the right situations.

Maybe a generation of hunters just got old, or perhaps pop-up blinds and ultra-realistic decoys have made it easier to sit for long periods. Whatever the reason, it seems like fewer turkey hunters nowadays use the mobile approach of walking and calling, also called cutting and running.

Despite that trend, walking and calling still works, although not seemingly as well as it did during the turkey population boom of the 1990s and early 2000s, when there seemed to be a gobbler on every ridge. Further, experience has taught us that the viability of walking and calling is often limited by the situation. Ideally, you want a sufficiently large area so you can cover ground, adequate terrain and timber to hide your movements, and somewhat talkative birds that respond to calling so you don’t blunder into their midst. 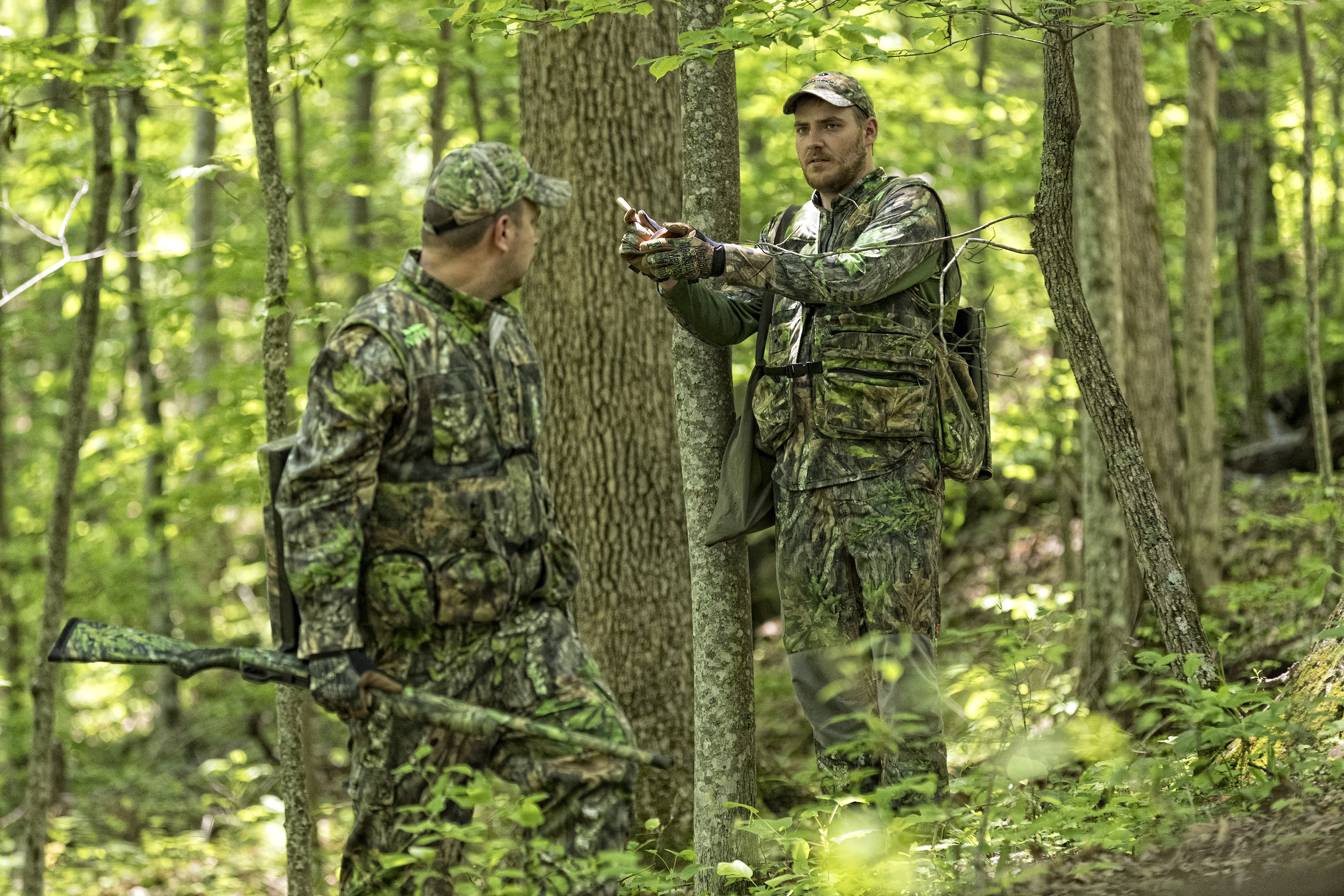 When I find good situations, I still love to walk and call. However, my calling approach has evolved considerably. The basics still apply: I try to slip undetected through the woods and call every 75 to 100 yards or so. Further, I never call unless there’s a nearby tree or other cover where I can set up quickly. And I always stop to call before natural terrain breaks, such as bends in logging roads, breaks in cover or slight terrain rises.

Instead of ringing aggressive yelping and cutting off the hillsides — as I usually did 20 years ago — I often approach each calling stop like a cold-calling setup. I start with soft talk, usually eking out some plain yelps and clucks, in case a gobbler is nearby. Then, I pause to listen for replies, including a gobble, drumming or soft hen talk. If nothing answers, I’ll run a slightly louder, more aggressive calling sequence and again pause to listen. Finally, I’ll get a bit louder, often throwing in cutting and excited yelping. At that point, if nothing has replied, I’ll decide whether to move or set up for a bit.

What happens after a turkey responds is critical. When a bird gobbles nearby, it’s usually best to calmly but quickly set up and work the turkey. If a gobbler responds at a distance, conventional wisdom holds that you should cut the distance at least in half and then strike the turkey again. And that’s great, provided the turkey isn’t moving quietly toward you as you slip toward it. When the situation allows, I try to move toward the turkey but about 20 degrees left or right of where it gobbled, which decreases the odds that I’ll bump an incoming bird. Further, I often use a locator call to keep tabs on the gobbler. And when in doubt, I’ll set up until the turkey gobbles again instead of charging ahead and blowing up the woods. When I can slip closer to a gobbler, I constantly look for ideal setups along the way. Closer is usually better, but I don’t want to sit down within 25 steps of a bird and have him pop his head up at my first call, realize there’s no hen there and then spook. Ideally, I’ll locate a terrain rise or other visual obstruction within 50 to 100 yards of the gobbler, set up quietly and then go to work.

A cardinal rule of cutting and running holds that you should never call unless you’re close to a viable setup. If a nearby bird gobbles and starts to approach, you must get ready quickly.

If you’re tired of sitting in a blind this spring, walk and call a bit. Just make sure to think and observe before you charge ahead. Mobility, like most aspects of life, usually works best in moderation.