Modern Take on a Classic

I am not sure the reaction I was expecting when bringing up the firearm I was testing out in conversation, but most everyone I talked to about the Henry Repeating Arms Long Ranger rifle said the same thing: “Are you serious? A .223 lever-action rifle? I have never seen that before!”

And, they were equally impressed getting to lay eyes on it, as this new offering from Henry Repeating Arms truly is a slick rifle bringing a modern take to a classic rifle design.

For years I dreamed about owning a lever-action rifle, but never did pull the trigger on one (no pun intended) because with several bolt-action rifles already in my gun safe, I honestly didn’t feel I needed a less accurate lever-action rifle added to the mix. 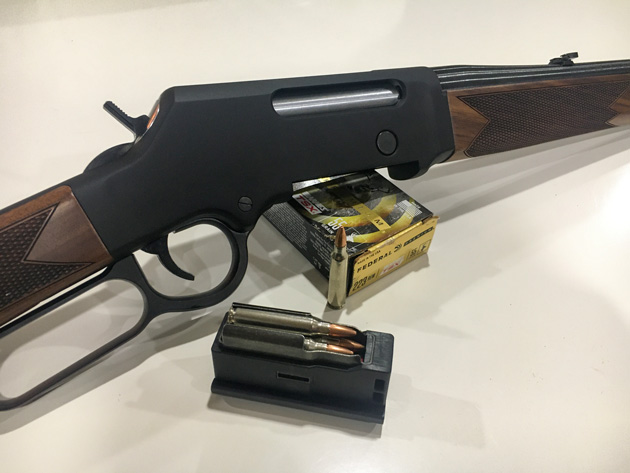 But, with the launch of Henry’s Long Ranger series, chambered in .223, .243, .308 and 6.5 Creedmoor, and available with or without iron sights, my interest was piqued, and I had to see what the talk was all about.

At first glance, I quickly noticed the .223 firearm I received for review purposes was not a tubular-fed rifle like most lever-actions I had previously shot. It instead included a five-round, detachable magazine (four-round for other calibers). This was an important design upgrade for several reasons, in my opinion. For starters, the magazine allows for the use of precision ammunition, instead of round or flat-tipped ammunition used most commonly in tube-fed magazines, and it also means for easier reloading, especially if extra magazines are available.

I also noticed the barrel on this 7-pound rifle was free-floated, meaning the accuracy concerns I once had shouldn’t be a worry any longer. In addition, Henry touted its machined and chromed steel bolt with a six-lug rotary head as an additional upgrade to help with the firearm’s accuracy. 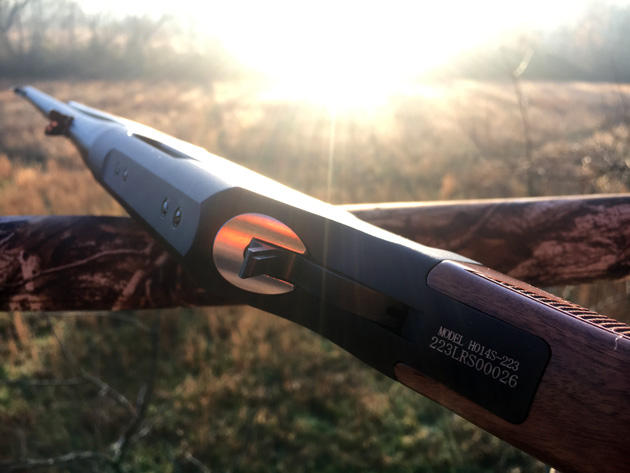 Though the rifle was drilled and tapped for topping with optics, mine also came with iron sights, so I chose to take to the range without any aides. And, I was pleasantly surprised.

The upgraded, geared action (meaning less pull to operate the lever) functioned quite smoothly and quickly, and the iron sights quickly had me banging steel at 50-plus yards straight out of the gate using Federal Premium Ammunition 55-grain Barnes TSX loads.

Now if you are familiar with .223 shooting from an AR platform, the Long Ranger has just as little recoil. But, it seemed as though the noise from the Henry was amplified more than its modern sporting counterpart. You can expect that when shooting rounds pushing 3,200 fps velocity at the muzzle.

Pleased with the firearm’s performance at the range, I even toted it to the woods a few times in hopes of tagging a deer. Though I didn’t find initial luck, there still is a month left in the season here in South Carolina for me to knock down a deer.

With loads of improvements to the classic lever-action design, Henry’s Long Ranger series is functional for hunting or the range, and I’m already making room for it in my gun safe.