Proven tactics to keep hunters in the game for late-season gobblers. 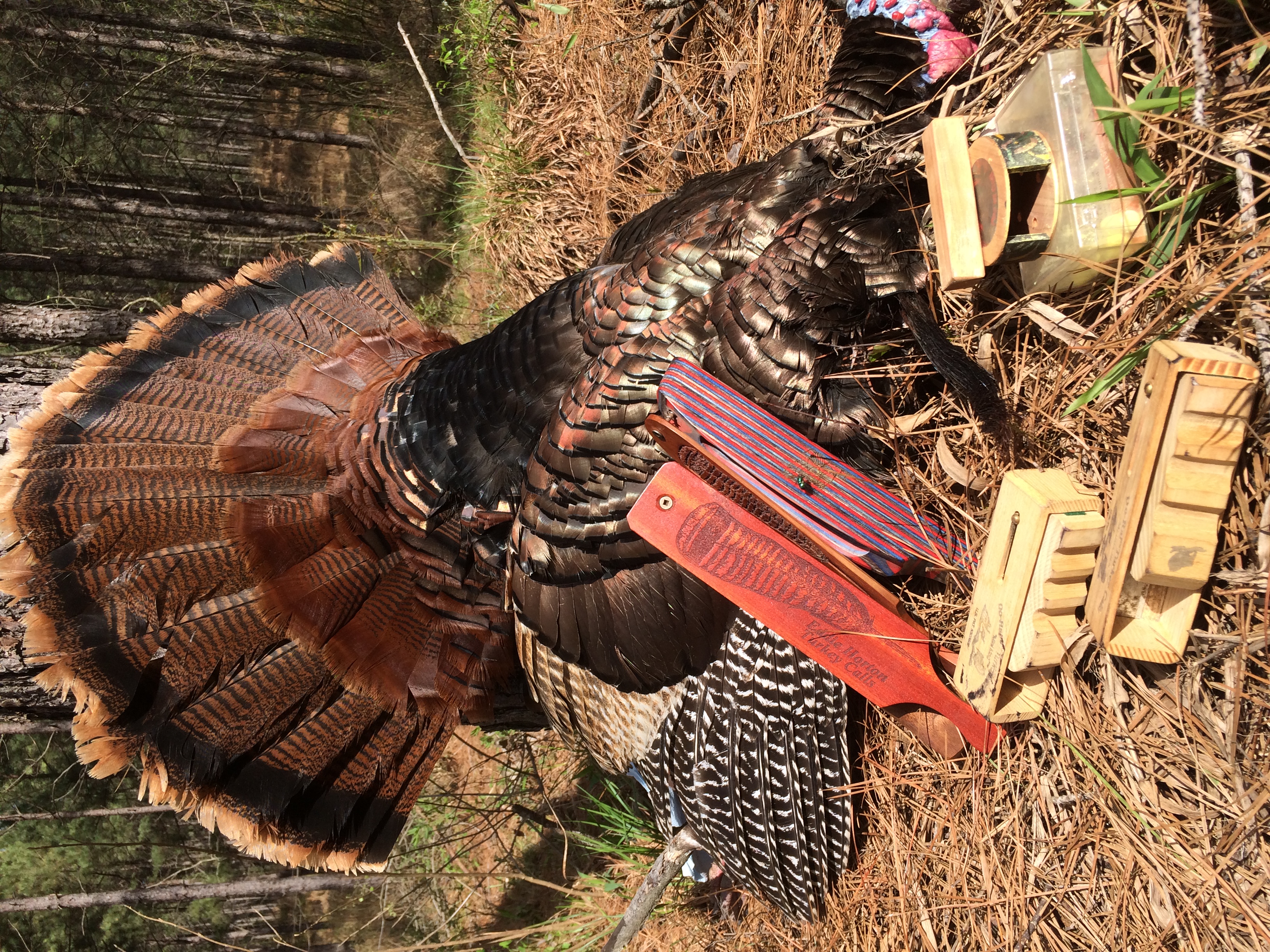 If you don’t kill a gobbler early in the season, there’s a prevailing thought – possibly even a misnomer – that your chances decrease as the season progresses.

You will have to adapt as gobblers cover more territory to find hens to breed. You must be more receptive to hunting in the middle of the day and late afternoons, where legal, to call in roaming gobblers. If you are patient, you have as good a chance bagging a mature gobbler on the last day of the season as you did on opening day.

Arkansas, my headquarters, is a hard place to hunt. Spring season is only 16 days long, and it begins in late April. The Arkansas Game and Fish Commission implemented the late start more than a decade ago to give turkeys maximum time to breed and begin nesting before allowing hunters to reduce the number of male turkeys. The odds are stacked against hunters by design; to increase annual gobbler carryover and increase breeding success by reducing hunter success. The controversial strategy is necessary in a state where the gobbler harvest fell from nearly 20,000 in 2003 to 7,000 in 2021.

About 40% of the annual Arkansas gobbler harvest occurs during the first three days of the season. During the 2020 spring turkey season, a spot where I had killed four mature gobblers in three years, went cold. Those woods had changed a lot since 2019, when I tagged out for the first time in Arkansas. Loggers clear-cut about 120 acres on the other side of a nearby road, removing about half of the mature timber in that area. A hill in the middle of that timber was a favorite roosting spot for turkeys, but logging reduced it to a moonscape.

Obviously, the new configuration changed the way turkeys use the area. The same thing happened in a different place that was once productive, and turkeys didn’t come back to it for two years.

Early Silence
This was at the beginning of the coronavirus pandemic, and I did not hear a turkey sound for the first 14 days of the season. By the second week, I began leaving the woods increasingly early. I abandoned morning hunting. When midday hunting proved fruitless, I hunted only in the late afternoons. As the dull days dragged on, my interest ebbed and my dedication faltered.

A friend invited me to spend the last two days on a lightly hunted property in north Arkansas. If nothing else, I welcomed the change of scenery. The farm has a large pasture with a lot of edge habitat bordering a major creek. At one end of the pasture was a large cedar spoil pile. Branches stacked across the front created an opening just wide enough to sit, and I was utterly invisible.

If I am confident that turkeys are about, I sit in one spot and use a lot of calls. I typically carry three box calls, four pot calls with three different strikers, and at least three diaphragms. Multiple calls sound like multiple turkeys. Some project farther than others, and some are better up close.

All morning, I played a symphony every 15-20 minutes. At 11:30 a.m., a gobbler answered my calls from the other side of the creek. He paced back and forth for two hours, but he would not cross. Even if he did, he would also have to cross a fence to enter the pasture. The odds of callin g a gobbler across a creek are slim. The odds of then calling him across a fence are hopeless.

Unable to lure him across with hen calls, I gobbled with a box call. I also used a fighting purr, a frenetic call that mimics the vocalizations of aggressive turkeys. Two small wooden thumb sliders are ideal for that purpose. The aggressive sequence infuriated the tom, but then he went silent.

About 15 minutes later, a dark shape emerged from the tall grass and entered the field. He had crossed the creek and the fence! Three yelps on a box call stopped the gobbler. He spied my decoy and spread his fan as his head turned crimson. At 1:10 p.m., I tagged a 20-pound gobbler with a 10-inch beard. I named him Corona Carl.

A similar situation occurred late in Nebraska’s 2021 season. With my one-manband collection of calls, I conversed with a gobbler on a far distant ridge. Like Corona Carl, he went back and forth across the ridge for nearly two hours. After a long silence, he gobbled from the valley below, and then left a sonic trail as he ascended my ridge. My partner killed that gobbler a few minutes later, his first Merriam’s.

The Lucky 100
In Arkansas, only about 100 hunters check a season limit of two adult gobblers. I did it in 2019, and again in 2021, with only a single cluck to guide me. I abandoned my usual area on my hunting lease and hunted cold in a new area. Late in the evening on April 22, 2021, I sat at the edge of a grassy logging road. I came alert at the crack of a stick breaking deep in the woods.

About 15 minutes later, a crow screeched, followed by a single yelp. The bird was headed to roost. Anticipating its morning route from its roosting area, I set up along a shallow draw. At 8 a.m., I killed a 2-year-old gobbler with short spurs and a bottle-brush beard with a load of TSS squeezed through a Trulock turkey choke in my Winchester SX3 20-gauge.

On May 6, the last day of the season, hyperaggressive calling attracted a pair of 2-year-old gobblers to a low bench in that same area. Those birds came in silently to my Avian-X hen, and I once again joined the Arkansas Lucky 100. 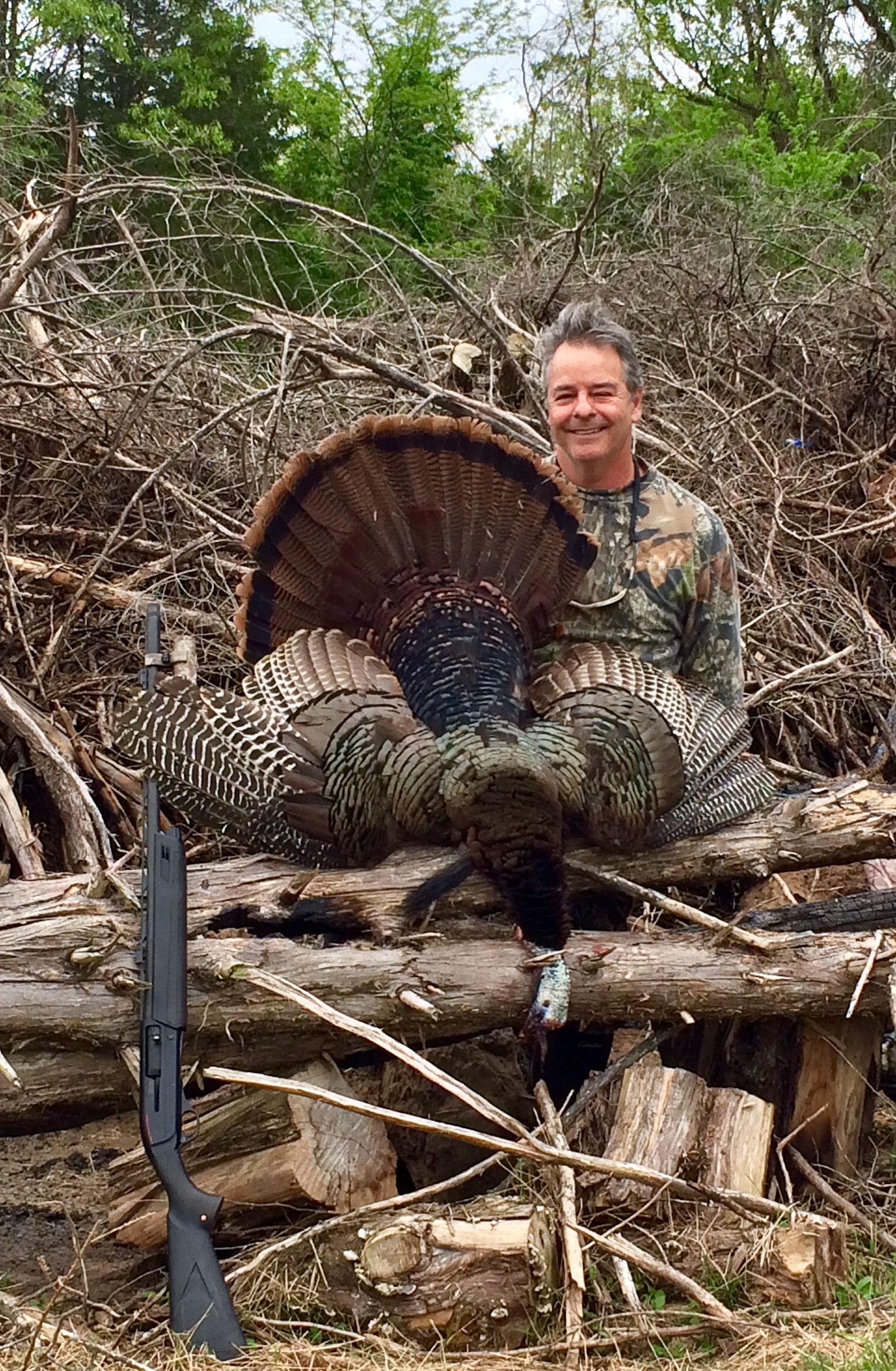 Late-season hunting is challenging and emotionally taxing, but it can be rewarding. Aggressively calling to roaming gobblers at midday and late afternoon, and capitalizing on the merest clues can lead to sweet success.