While researching new 2021 shooting products for turkey hunters, it came as no surprise that 2020 production, and plans for 2021 products, had fallen victim to COVID-19. I heard from many manufacturers that their production facilities had been shut down or limited in new product production. New product planning staff meetings had been cancelled in many cases, and new products were not the priority; safety in the workplace became paramount.

However, a few companies have announced new shooting products for the 2021 turkey hunter.

A truly new turkey gun for 2021 is the Henry Model H015T-12, a single-shot, break-action, 3½-inch chambered 12 gauge from Henry USA. It features a 24-inch barrel that is equipped with front and rear fiber optic sights and is drilled and tapped for scope mounting. The stock/forend are American walnut equipped with a recoil pad and sling swivel studs. The entire gun is finished in Mossy Oak Obsession camo. The shotgun has an overall length of 39½ inches, weighs 6.78 pounds and comes with a turkey choke tube. MSRP is $667.

Last year we wrote about the single shot .410 Savage 301 designed for Federal Heavyweight TSS turkey loads. This year Savage has taken the 301 one step further. The break-action .410 with 26-inch barrel now comes with a thumbhole stock with an ambidextrous cheek riser. It features an olive drab stock and forend equipped with sling swivel studs. MSRP is $219.

New this year from Mossberg, for the growing number of fans of an over-and-under turkey shotgun for turkey hunting, is the 12 gauge, 3-inch chamber Silver Reserve II field model. This shotgun has a matte blue metal finish and a black synthetic stock and forearm and features a 28-inch vent rib barrel equipped with fiber optic sights. The Silver Reserve has shell extractors and the safety is conveniently located on top of the tang. Each Silver Reserve comes with a five-set choke tube set that can handle turkeys, upland game birds and clay targets. It weighs 7 pounds, has an overall length of 45 inches and a length of pull of 14 inches. MSRP is $636.

While not exactly a 2021 introduction, as it was a mid-year introduction in 2020, the relatively new Savage Renegauge Turkey deserves mention. The semi-automatic 3-inch chambered 12 gauge features a 24-inch vent rib barrel with red fiber optic sight. The stock is designed to fit almost any shooter as the length of pull, comb height and drop at the heel can be adjusted to fit. According to Savage, the action features the Dual Regulating Inline Valve gas operating system that ensures excess gas vents before it drives the bolt, resulting in consistent ejection, less felt recoil and a faster cyclic rate. The shotgun weighs 7¾ pounds and has an overall length of 45½ inches. It is available in Mossy Oak Obsession or Bottomland camo patterns. MSRP is $1,549. 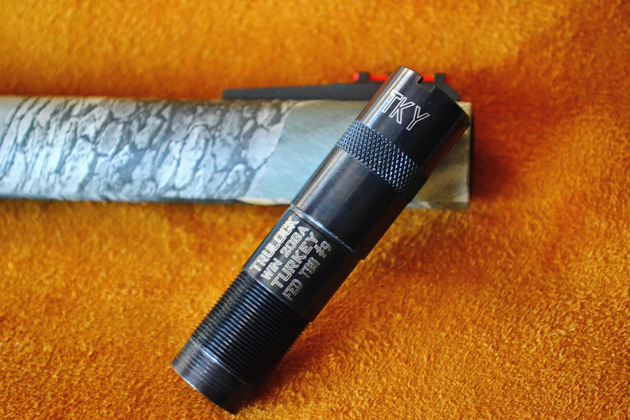 Trulock Chokes has developed a choke tube that makes the 20 gauge loaded with No. 9 TSS shot preform like a 12 gauge. The tube has an exit diameter of .555 inches and a constriction of 0.065 inches. I had the opportunity to get my hands on one last spring. Using the latest loads of TSS shot, I took two gobblers, one at 32 yards and one at 43 yards. Both birds went down without so much as a flop of the wings. The shotgun for this test was the TC Encore with 26-inch barrel equipped with the Trulock TSS No. 9 .555 choke tube. MSRP is $52.99. 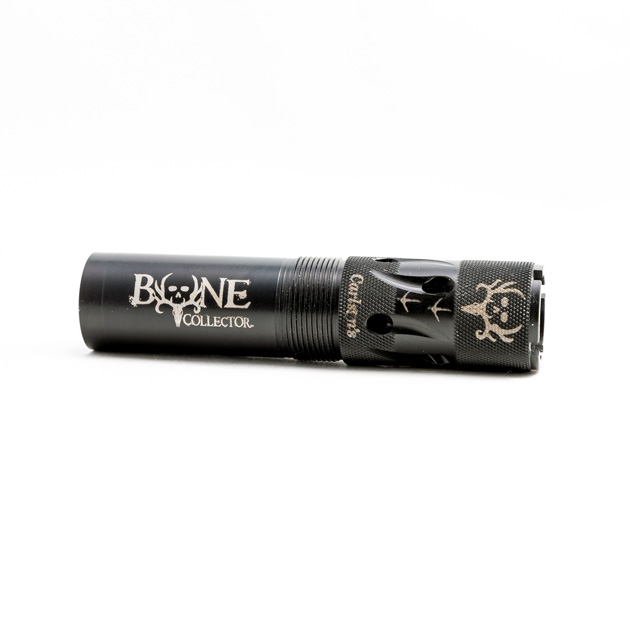 Carlson’s Choke Tubes has a new line of ported turkey choke tubes in 12 and 20 gauges called the “Bone Collector” series. These tubes feature a super tight, pattern tested constriction that throws extremely tight patterns with all shotshell ammunition loaded for turkey hunting, including lead, nickel-plated, copperplated, bismuth, Hevi-Shot, tungsten and TSS. On this series of choke tubes, a longer taper section to the constriction insures tight patterns with fewer flyers. The Carlson’s constriction for most 12 gauge guns is .660, 20 gauge is .565. The Bone Collector Choke tubes are precision-machined from 17-4 heat treated stainless steel and feature a non-reflective matte black finish. MSRP is $79.95.

For 2021 Winchester Ammunition introduces Double X Diamond Grade, a new .410 turkey load that outperforms traditional lead loads without the high cost of Tungsten. The 3-inch, ¾-ounce payload consists of Winchester Diamond Grade shot, which Winchester claims is the hardest, roundest and most consistent lead shot on the market. Increased antimony (8%) and copper plating of this premium shot reduces pellet deformation, resulting in denser patterns and more energy on target, allowing for clean kills up to 30 yards. Spring turkey hunters will find this light-recoiling, hard-hitting load on retail shelves starting in February. MSRP will be about $12.99/box of 10. 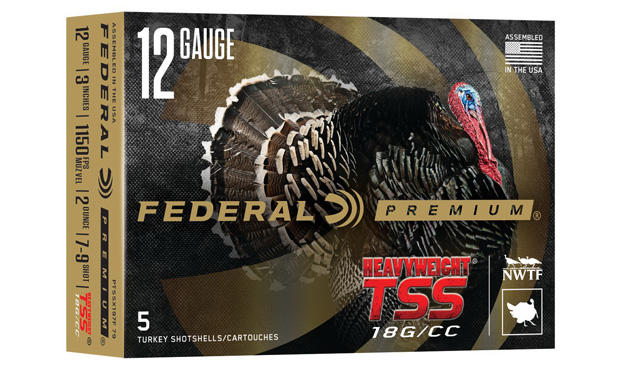 Federal expanded the  HEAVYWEIGHT TSS lineup with a new 2-ounce 12-gauge load of buffered mixed No. 7 and 9 shot, more than double the count of lead No. 5 loads of the same weight. The tungsten-alloy material’s 18 g/cc density is 22% higher than standard tungsten and 56% more than lead. Roll crimp and clear card keeps buffered material in place while the full-length wads prevent direct contact of the extra-hard pellets and the bore, protecting the barrel. The result is more energy and higher velocities at longer ranges. The loads’ rear-braking FliteControl wad performs through ported and standard turkey chokes for the most consistent patterns. This new load has a muzzle velocity of 1,150 fps. MSRP is $67.99. A portion of the proceeds are donated to the NWTF.

I trust that by the time you read this there will be an effective vaccine for COVID-19 and once again the companies that bring us the latest in turkey hunting gear will be back up and running at full capacity. — J. Wayne Fears