One of the things on most turkey hunter’s 2020 wish list is the latest new, or improved, turkey gun or load. Hunters eagerly await announcements of new or improved turkey guns or loads each spring, and often, we can’t live without them. This year we got a sneak preview of what turkey hunters will see in the 2020 gun and ammo catalogs. Here is what to expect.

The Mossberg 500 Turkey in .410 is not new for 2020, but it has had a couple of features added to it that makes it an improved turkey gun. The 26-inch barreled pump-action .410 now comes with an X Full screw-in choke tube, and it is drilled and tapped for optics mounting. These two improvements make this shotgun a serious platform for hunting gobblers with tungsten shot. The shotgun comes with a 3-inch chamber and is finished with Mossy Oak Original Bottomland camo.

Mossberg has announced three new versions of its pump-action Maverick 88 Field shotgun that features the stock and forend dressed in Mossy Oak Treestand camo. These offer the hunter a dependable, yet affordable turkey gun. The 12-gauge version comes with a 28-inch barrel; the 20 gauge has a 26-inch barrel; and the Bantam youth gun has a 22-inch barrel.

While the new Weatherby Waterfowler name suggests only waterfowl, this inertia system 3½-inch chambered semi-automatic shotgun, dressed in either Realtree Max-5 or Mossy Oak Shadow Grass Blades camo patterns, is a good option for a turkey gun. The 7-pound Waterfowler features a 28-inch vent rib barrel with fiber optic front sight and a synthetic stock with soft touch area on the cheek rest and aggressive texture in the palm and foregrip. It comes with five choke tubes.

The MC312 Gobbler from EAA Corp.

New this year from European American Armory Corp is an imported 3½-inch chambered 12-gauge inertia-driven, semi-automatic turkey gun named the MC312 Gobbler. This shotgun features a 24-inch vent rib barrel, camo finished stock and forend, Cerakote finished receiver and barrel. You have a choice of stocks: either standard stock or pistol grip stock. What is unique about this shotgun is that the Picatinny rail is made into the receiver, giving the optics mounted on the shotgun a rock solid base. The gun comes with a lighted dot optic.

Despite few details at press time, I can say that turkey hunters who like quality single-shot guns will soon be hearing about a new single-shot 12-gauge turkey shotgun from Henry Repeating Arms. Early indications are that the new turkey gun, made from solid steel, will have a camo finish and screw-in X Full choke tube. 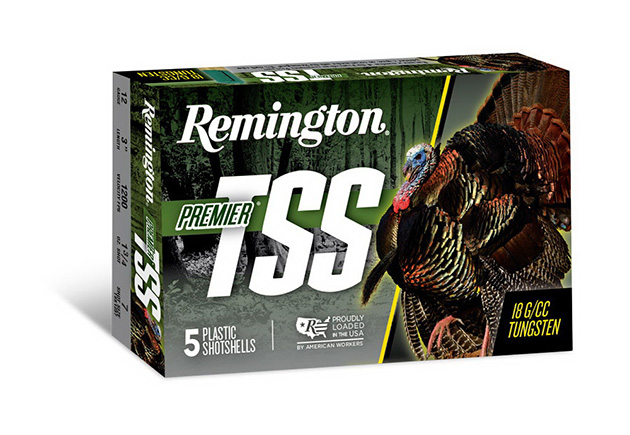 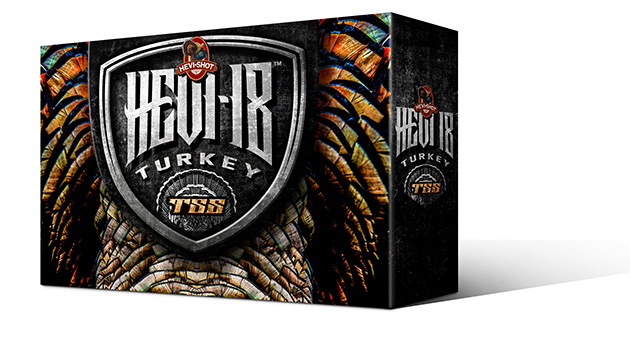 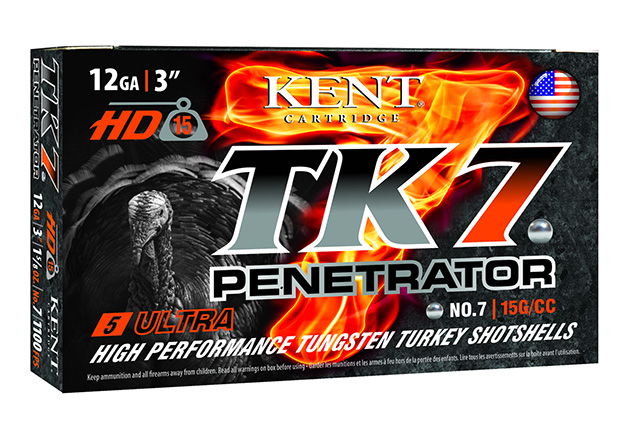 For hunters serious about their turkey shells, Federal has introduced its new online custom-loaded ammunition shop. If it’s not in Federal’s catalog as factory-loaded ammo, they may have it listed on their website as a load that they will custom hand-load for you. Federal now has a specific selection of rifle and TSS shotshell loads that they will build on-demand, per order. For example, 28-gauge TSS turkey loads aren’t products Federal lists in their catalog, but you can order them through the Federal Custom Shop.

A dedicated page on www.federalpremium.com takes Custom Shop users to an order form, where they can select ammunition from several options and then purchase. It takes about three to four weeks to produce and ship.

The Custom Shop offers more than 35 possible shotshell combinations loaded with Federal’s dense tungsten super shot (TSS) that is designed with turkey and waterfowl hunters in mind. Gauges will include 10, 12, 16, 20 and 28, as well as .410 bore, with shotshell length varying from 2¾-inch up to 3½. Payloads range from 11/16 ounce up to 2½ ounces, and TSS shot sizes such as 7, 8, 9, and 10 are available for selection.