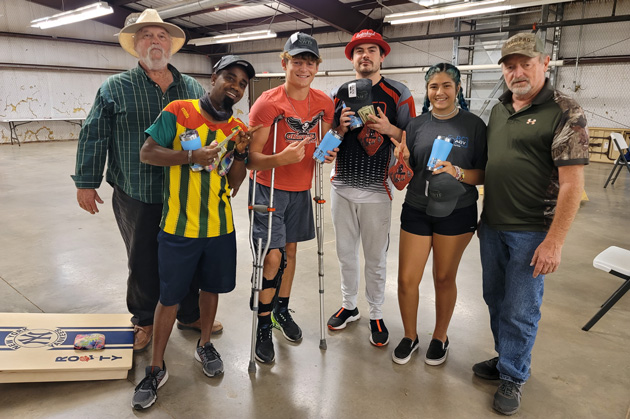 The role of NWTF’s chapters cannot be overstated. State and local chapter work allows the NWTF to operate as a federation, which leads to widescale impact. Across the country, NWTF chapters are engaging communities to share in our hunting heritage and to raise crucial funds for wildlife conservation. The NWTF Oklahoma Southwest Regional Chapter is no exception.

The Southwest Regional Chapter is a dedicated bunch that seeks new ways to involve locals in the NWTF mission. In lieu of its annual banquet, the chapter hosted a Gun Bash giveaway, and to raise awareness and increase participation for the event, the chapter got creative with some lead-up events.

“We really want to get the kids involved and let everyone know the NWTF is for everybody,” said John Merkel, state chapter president of the Southwest Regional Chapter.

The chapter’s first event leading up to the Gun Bash was at the Great Plains Stampede Rodeo Parade. The local chapter won first place for its wild turkey float, which was a flock of turkey decoys on top of haybales towed by an RTV.

“The float wasn’t big or fancy, but it was a lot better than all the other floats,” Merkel said jokingly. 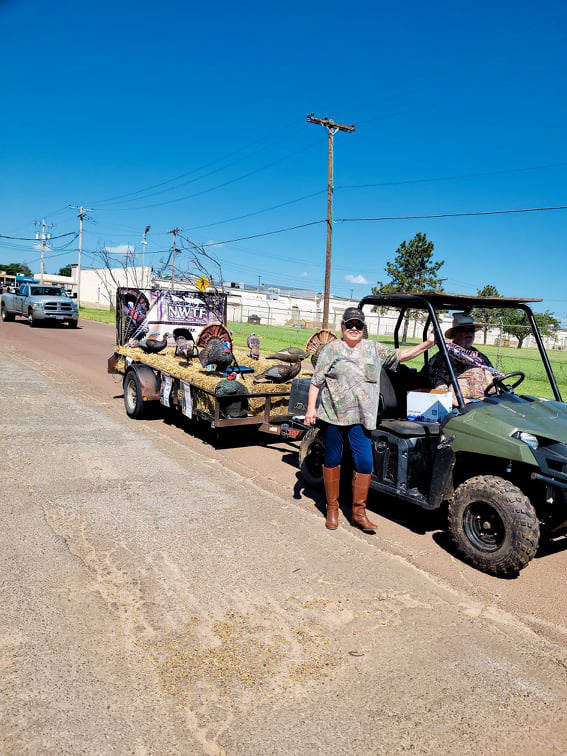 After the parade, the local chapter used the Oklahoma State Chapter’s blow-up BB gun range for kids. Similar to a blow-up jump house, the BB gun range is portable, easy to set up and fun for the whole family.

“We probably had about 300 kids shooting BB guns after the parade,” Merkel said. “It was the first time shooting for many of them.”

“This was a really fun time, and we had a great turnout,” Merkel said. “The event actually attracted a four-time national champion.” 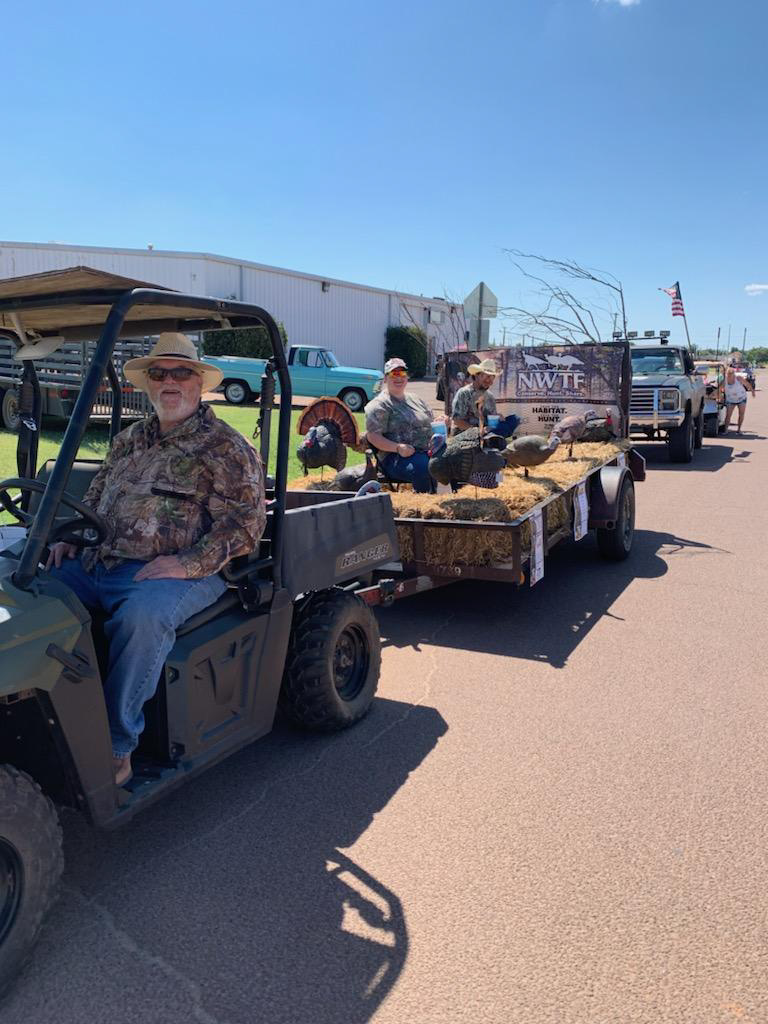 Some of the participants at the tournament were nonhunters and did not know much about the NWTF or its mission.

“I told the tournament contestants that they could come to the Gun Bash for free if they wanted,” Merkel said. “A few who didn’t know about the NWTF mission brought their families to our Gun Bash and got to learn about who we are as an organization. That’s what it’s all about.”

As with many of the NWTF events across the country, the Gun Bash provided good food, good times and the chance to win quality firearms.

Whether it is the immense conservation delivery throughout the state or all the great hunting heritage work, it is safe to say the NWTF mission is alive and well in Oklahoma, and it is in large part due to the work done at a local level, like the Southwest Regional NWTF Chapter.