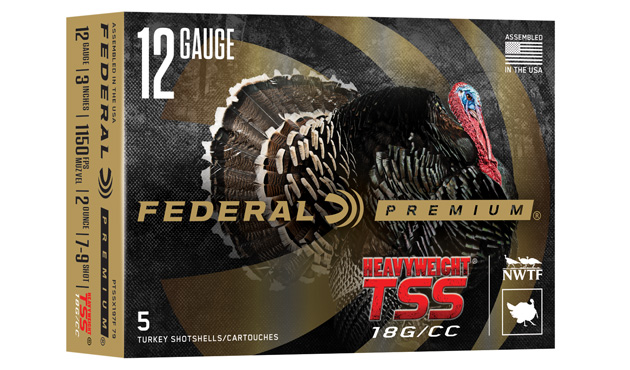 Put it on paper, and the difference is immediately noticeable. Because of the smaller tungsten-alloy shot, these Heavyweight TSS loads house 610 pellets, nearly double the count of a standard No. 5 lead shotshell. Who doesn’t want to double their pellet count on target during preseason patterning? Many shotguns with the right turkey choke can put close to 50% of total pellet count in a 20-inch circle around a turkey’s neck and head, resulting in hundreds more lethal pellets downrange than standard lead — talk about putting your mind at ease.

It’s long been noted that Federal TSS shot is 56% denser than normal lead and 22% denser than standard tungsten, so penetration energy has never been an issue. Federal’s Heavyweight TSS has made 20 gauge and .410 guns increasingly relevant in the spring woods, which is particularly a bonus for youth hunters and those who prefer to carry a lighter shotgun.

The blended mix of shot (No. 7s and 9s in the newest 3-inch, 2-ounce load of Federal Heavyweight TSS) is an interesting concept, one explained by Dan Compton, Federal shotshell product line manager.

“We were getting asked by our dealer base and hunters for combo loads,” Compton said. “The feeling behind it is you are maximizing pellet count with the smaller shot and maximizing pellet energy with the larger pellets to get the best of both worlds. 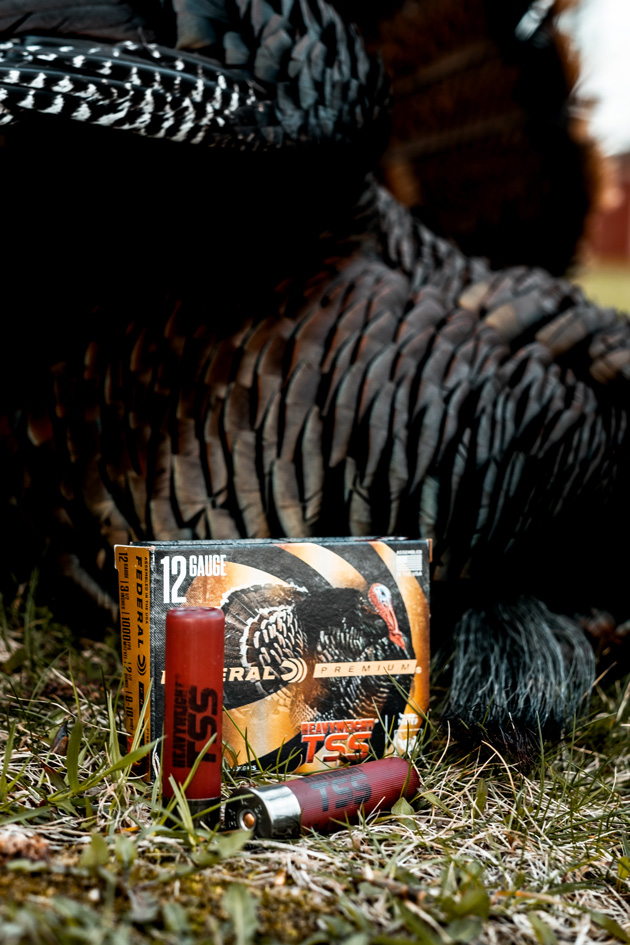 Federal also previously carried a Nos. 8/10 shot mix, which boasted more than 1,000 TSS pellets, but those have been phased out for 2021, although they could be part of limited production or Federal Custom Shop offerings in the future.

Federal has also partnered with legendary choke tube designer Rob Roberts Custom Gunworks to create two new custom loads in TSS No. 9. The Federal Custom Shop hand-loads a 12-gauge and a 20-gauge ammo option in each, both in 3-inch shells. The 20-gauge custom loads house 1 3/4 ounces of shot — about 634 pellets — and the 2-ounce 12-gauge load carries a pellet count of 725.

Loads of advantages come with TSS shot, but there’s only one downside: cost. Ammo prices are already on a significant upswing, and Federal’s new Heavyweight TSS in 3-inch has an MSRP of $67.99 for five shells (about $10-$15 less at retail). The Federal Custom Shop Rob Roberts Special Edition loads are made with premium materials and carry a premium MSRP: $139.99 for 10 12-gauge shells and $119.99 for 10 20-gauge shells.

Peace of mind comes at a cost, but in the turkey woods, it’s usually worth it.

“Turkey hunters are not shooting at high volumes,” Compton said. “The premium you may pay for TSS over lead is insurance policy and forgiveness you need if you misjudge range or if a bird hangs up a little further out than traditional lead loads allow. They also open the door to full power loads in 20 gauge and .410 at much less recoil.”