Over the last decade or so, food consciousness has drastically increased; people are more concerned about the origin of their food and how it is processed. This is increasingly leading many to realize that hunting provides a locally-obtained and organic protein source.

Similarly, consumers are paying more attention to where their favorite beverages come from and what ingredients go into them, including beer, causing a surge in craft beer’s popularity.

Craft breweries are typically small, independent, have a unique approach to brewing, don’t compromise on ingredients and often offer a wide selection of beers. The art of pairing craft beers with food has, for a while, been gaining popularity in restaurants across the world, but, though similar, pairing the plethora of craft beers available in today’s market with wild game is somewhat uncharted territory.

I had the opportunity to chat with Adam Dulye — author of “The Beer Pantry: Cooking at the Intersection of Craft Beer and Great Food,” co-founder of craftbeer.com and executive chef at the Brewer’s Association, a national nonprofit promoting local, craft breweries and brewers — about pairing beer with wild game.

While Dulye isn’t a hunter himself, he has spent time cooking what others have hunted and is familiar with processing an animal.

“I have cooked dinners involving the selection to kill, clean, process and cook, so I can say I understand what goes into hunting, and I am grateful for what it has taught me about respecting game and utilizing every possible cut,” he said.

Like I was when I interviewed Dulye, you’re probably wondering, “OK, so what beers pair with different species of game?”

Dulye responded, “One of the worst things about pairing right there! ‘What goes with game?’ ‘What goes with fish?’ These largely generic questions very rarely have a good answer that would help someone find something that pairs with what they have.

“First and foremost, drink what you like. Second, and almost just as important, pay attention to what you taste, not what someone tells you they taste.”

Dulye noted that if a certain beer underscores discernable notes of, say, lemon, and if you don’t taste it, not to spend too much time looking for those notes.

“When you spend time trying to find what you don’t taste, you end up missing out on the flavors that are present,” he said.

So if a sour flavor is at the forefront of your palate, use that to help pair, not what the beer packaging or someone else says the beer tastes like.

Once you’ve established which flavors in your beer of choice are prominent, you’re ready to pair beer with wild game.

What makes pairing beer with an organic harvest slightly different than pairing with its farm-raised counterpart is the cooking process. Wild game rarely has fat and requires more tender, loving care in the kitchen, so when it comes to pairing with beer, it’s less about “what species of game go with what beer” and more about how the dish was prepared.

Grilled with salt and pepper and served rare to medium rare — go IPA.

Adding fruit in or serving with a berry compote — look to some sour beer styles to complement.

Smoking with a signature rub or slathering in BBQ sauce — look to pale ale, IPA and pilsners. If you heard the rumor that hops intensify heat, change that [thought] now, and try any of those styles with your spiciest rub or sauce.

While I thoroughly enjoy trying new foods and new beers, I wanted to know how to pair beer with some common game dishes among hunters. Below Dulye highlights the types of beer to pair with a dish you are more than likely going to see served in your average hunter’s household. 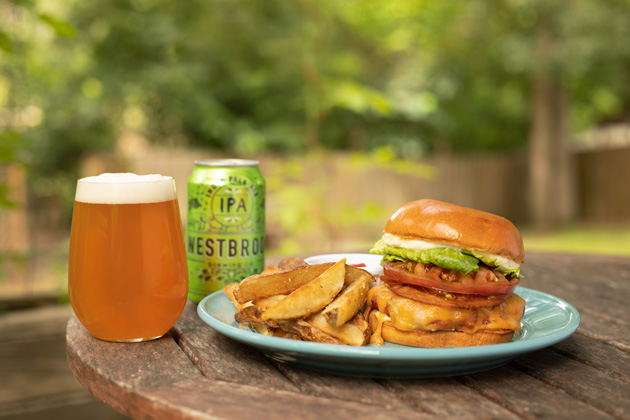 Venison Burger (served as traditional burger and fries) - I’d go with a pale ale or IPA or even a double IPA here. I would want the hops to help scrub the palate after each bite and get me ready for the next bite. 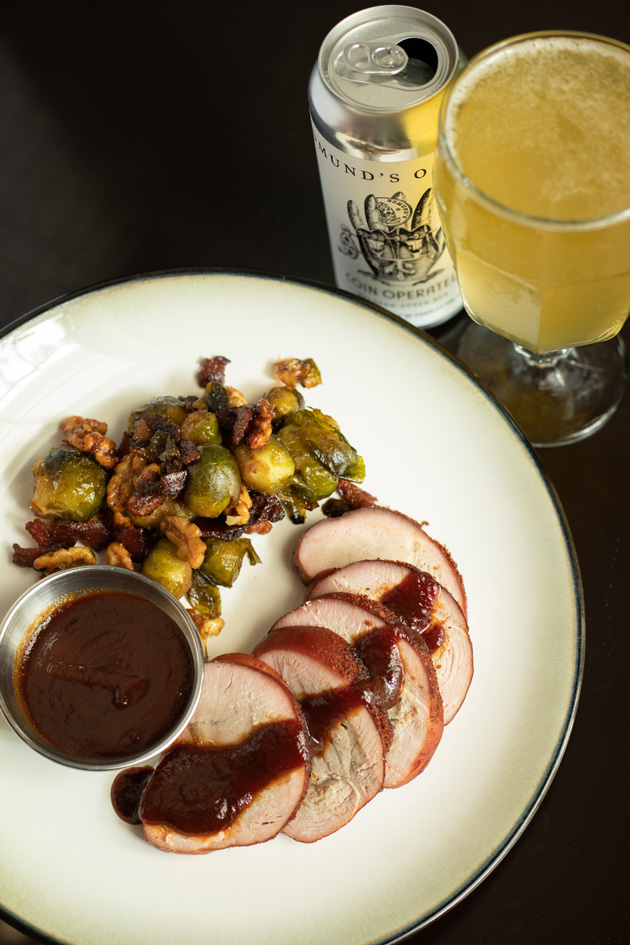 Smoked Wild Turkey Breast - A dubbel or brown ale. The malt characteristics here go well with the texture of the smoked meat, and the roasted malt notes pair amazingly well with the smoke flavors.

Smoked Venison Backstrap - I might actually go for a sour here. Something with fruit in it just for fun to add a bit of that berry flavor into the pairing.

Battered and Fried Dove Served with Grits - Pilsner. High carbonation, crisp malt notes and the hops would add a natural zing to the bite.

Trout - I would say a [Belgian] wit. Refreshing and would add a bit of citrus to the pairing.

Smoked BBQ Wild Pig Ribs - A pilsner to drink while they are smoking and then a porter to pair to the smoke and the BBQ sauce. 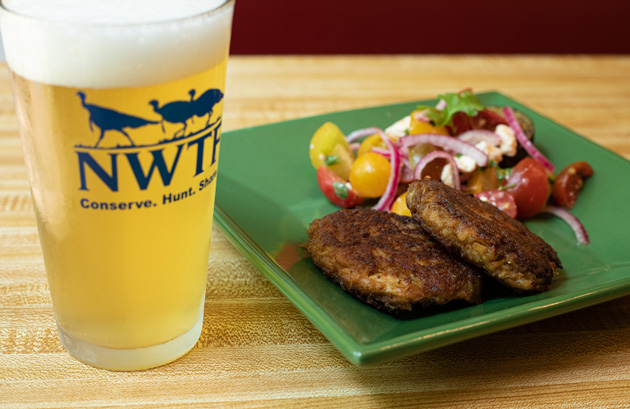 Crab cakes - Kolsch. Again going for the carbonation to help scrub the palate and highlight the crab flavor.

At the end of the day, the best way to enjoy your wild game meal and beverage of choice is by picking what you like the most. However, knowing what beers to serve with game will elevate the dish, and it might just be the tipping point to make the “I don’t like wild game” person actually enjoy the meal.

“Drink what you like and pay attention to what you taste,” Dulye said. “Pairings are unique to your palate, and if you want to try something new, make sure you have something familiar to go along with it. If you want to try a new [beer] style, don’t try that new cooking technique for your turkey at the same time. Give yourself a base point for your palate, and then try things from there. Most importantly, have fun with it.”

For more information on the Brewer’s Association, visit: