When you think of South Carolina, several things come to mind as possible icons. The Swamp Fox and the Revolutionary War. History as one of the original 13 states. The first conflict at Fort Sumter. The submarine Hunley. Strom Thurmond. Plantations with drives lined with live oaks. Mint julips on the veranda. Coastal islands as recreation destinations.

But think again, aficionados of the Low Country. Two really stand out as current and significant to our outdoors pursuits: the National Wild Turkey Federation and the Boykin Spaniel, as well as the dog’s sponsoring organization, the Boykin Spaniel Society. No better present-day icons of the Palmetto State. They represent well what is important to my quality of life, and probably yours: the wild turkey, and a premier canine hunting partner. Headquarters of these organizations are housed in South Carolina: NWTF in Edgefield, BSS in Camden.

The wild turkey is as American as it gets. It is native here, and flourishes throughout forested Americas. After early exploitation restoration efforts have brought back populations from a few hundred thousand to 5 or 6 million or so. The gobble of the wild turkey resounds virtually nationwide. Millions of hunters pursue this noble bird annually. I have wrapped a substantial part of my life around the wild turkey. 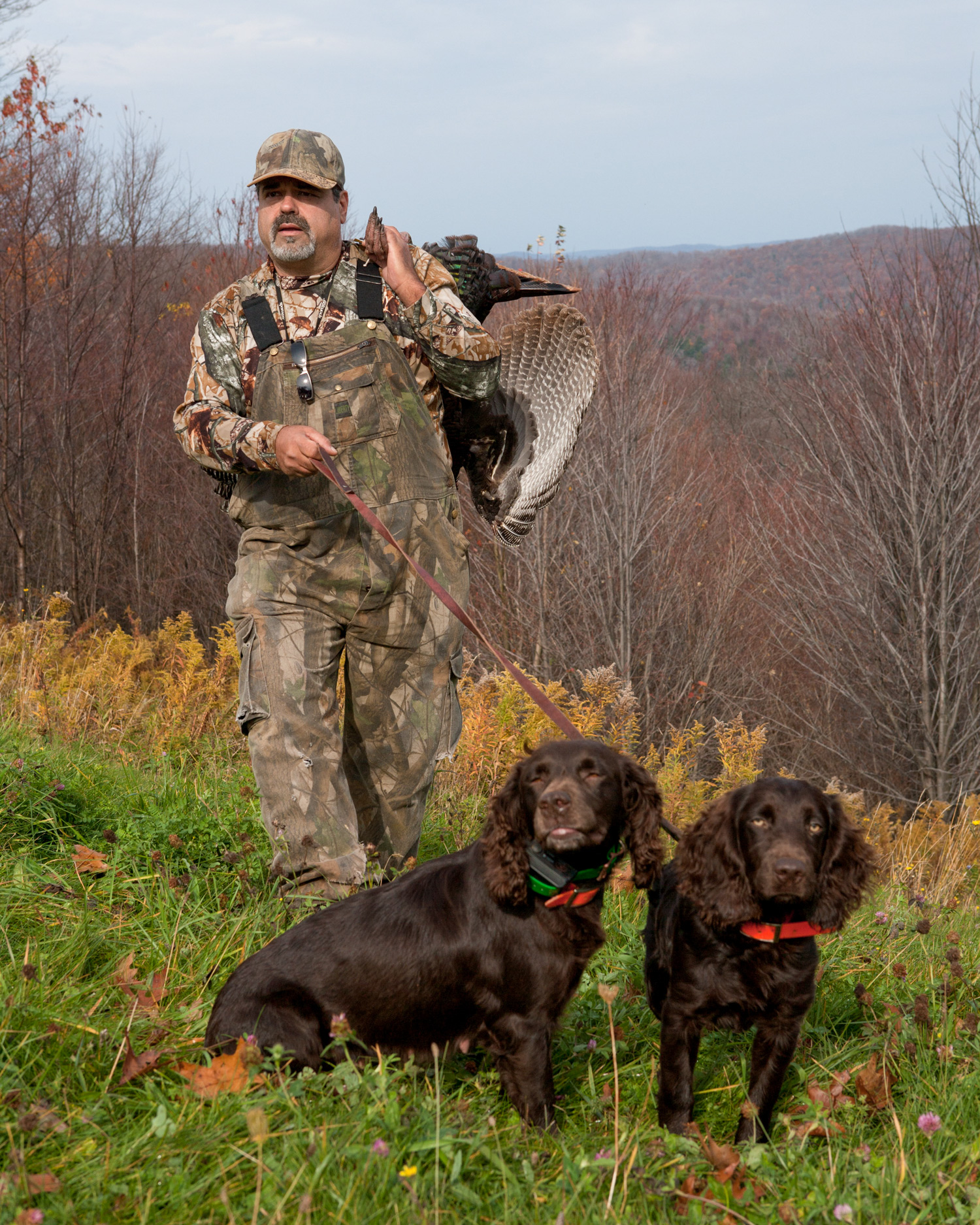 A vital part of the success of the return of the wild turkey can be attributed to the NWTF. The early years were definitive. Tom Rodgers was the dreamer that set this in motion. He initially established the organization in Fredericksburg, Virginia, in 1973 but soon was convinced to move it to Edgefield, South Carolina. The early cracker box office was a far cry from the NWTF complex today. Support from prominent business people and hunters was critical, as was support from accomplished state biologists, such as John Lewis, Gerald Wunz, Vernon Bevill and Wayne Bailey. In 1981, Rodgers resigned and Rob Keck successfully assumed leadership. Two other early staffers were prominent in advancing the NWTF. Dr. James Earl Kennamer was hired as director of research, which quickly expanded into a broader management context. Another longtime key employ was Gene Smith, editor of Turkey Call. Leadership has transitioned significantly since then.

I believe the NWTF has been successful because the cause and mission is worthy and noble. It has always been about management and conservation of the wild turkey and its habitat, and promoting our hunting heritage. People got behind this concept. Another reason for success is the people. Quality people were attracted to and supported the NWTF. Some related aspects of the NWTF that are notable included a cooperative approach involving state agencies, and federal and private land management agencies.

Together, much was accomplished and continues today.

About four decades ago I was elected to the NWTF National Board of Directors. There I met two directors who sang the praises of Boykin spaniels. Louis Yount and Lynn Boykin each served as president of the NWTF, as I did later. I was impressed by the idea of a small dog that was personable, could wag a stub of a tail at the slightest provocation, could retrieve your ducks and flush upland game. I had hunting dogs most of my life, but I was interested in this Boykin spaniel.

After getting my first puppy, I remember my first conversation with my wife Liz. I told her I had picked a good kennel, and I was going to put a serious effort into training. But if the pup didn’t work out, she was going to a good home (the pup, not Liz). Liz responded, we are that good home. So much for plan B. I named her Meleagris (Mele), for the wild turkey. That little dog was amazing. She was smart, tough and had no quit in her. She minded and marked well. I was a lucky man. I struggle to remain cogent writing about Mele, and I have had some very good ones since.

The Boykin spaniel is about as South Carolina as it can get. Around a century ago a stray was found by Alex White near Camden, South Carolina, and taken to his friend, Whit Boykin, who trained and hunted it. The record next is somewhat cloudy, but this little brown dog really worked out. The first ones were bred with other breeds, probably American water spaniels, springer and cocker spaniels, and Chesapeake Bay retrievers. They were named for the town where they were first found, Boykin, South Carolina. The breed flourished. 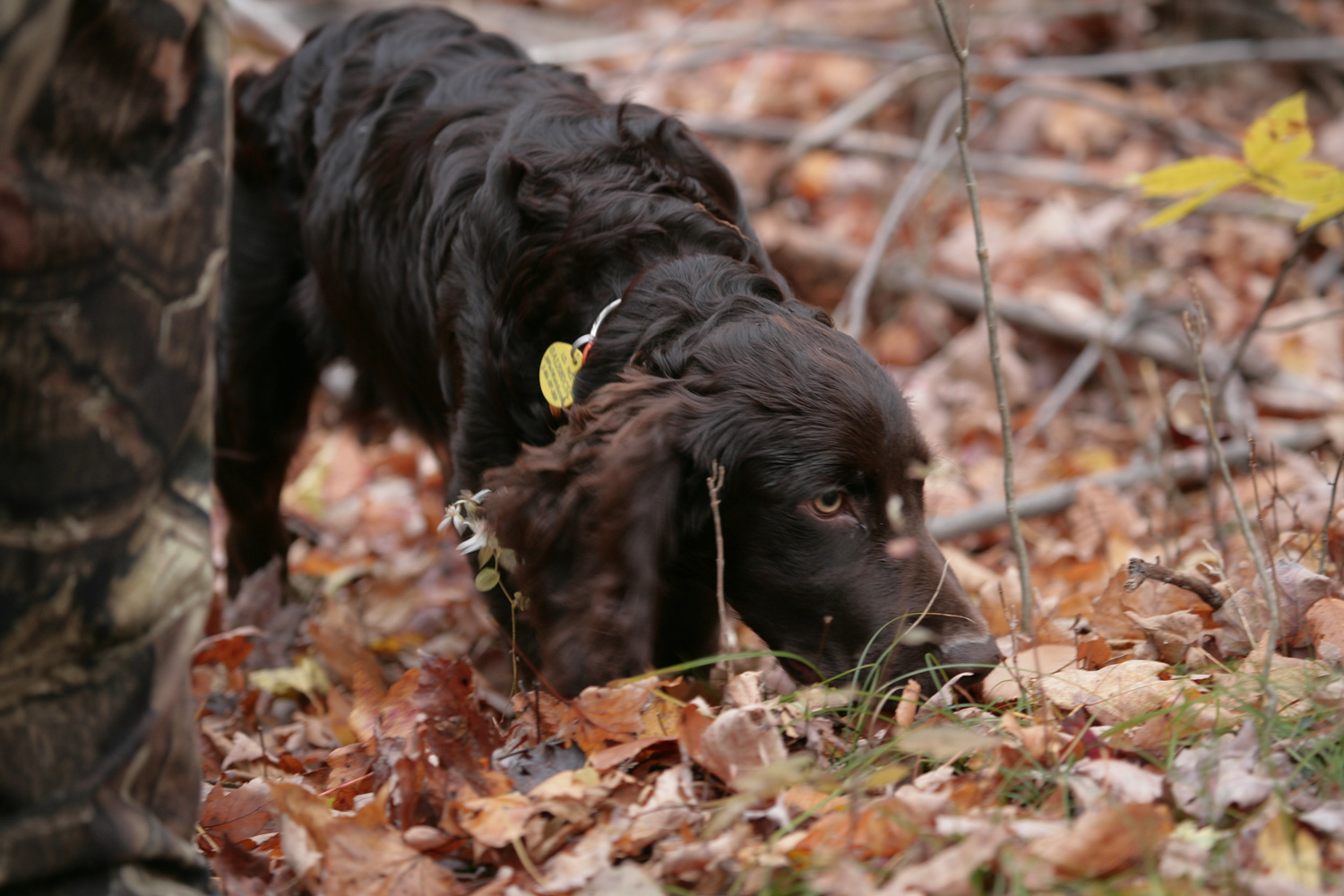 They are so popular because they are the dog for all seasons. They bond well, and are always happy to see you, whether you are absent for a month or minute. They are your partner, for better or worse. They are good retrievers and easy to ride in your boat. They are natural, energetic flushing dogs, natural hunters for grouse, woodcock, quail, pheasants, snipe, etc. Having them hunt close is the challenge. And, of course, wild turkeys. Turkeys are naturally social birds, especially young birds. In the fall when flocks are separated, they want to get back together. This is where turkey dogs come in. The dogs find flocks by scent, track them and, ideally, flush them in different directions. Then the hunter conceals the dog and calls to entice back one of the separated flock. Young birds are especially anxious to get to mom and siblings. Old gobblers, not so much.

Another impressive characteristic is the ability to track and find wounded game. Boykins can do this with turkeys or deer. The canine nose is quantum levels above our vestigial scenting honkers.

As with other breeds, there have been health problems, but these are being addressed by reputable breeders and the BSS.

The Boykin Spaniel Society, founded in 1977, was established to develop standards, register and promote the breed. Initially the little brown dogs were only common in South Carolina. They were designated as the state dog in 1985. In recent years they have expanded in popularity and are found throughout the U. S. and internationally.

So, a tip of the hat and a toast to the icons of South Carolina, the NWTF and the Boykin spaniel.