Knowing how to identify issues in your turkey gun’s pattern is the first step to closing the gap.

If you are a turkey hunter, there’s a good chance you’ve spent time trying to make your turkey hunting shotgun the best it can be when it comes to patterning. As you may have discovered, great patterns are one thing, but putting those great patterns where the gun is pointed is another. In other words, the fine tuning of your shotgun demands a desired pattern and an exact point of impact.

Let’s explore how to deal with pattern problems, beginning with the obvious. Not all shotguns shoot straight, and not all choke/load combinations deliver a desired result. As you might expect, the talk among the turkey hunting crowd on these subjects can get pretty intense, so let’s diffuse some of the craziness. 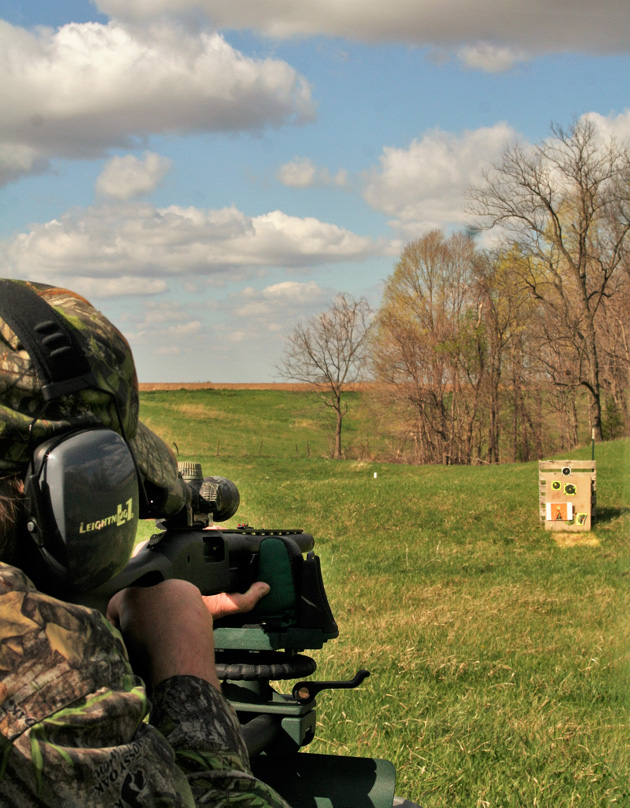 DOES YOUR SHOTGUN SHOOT STRAIGHT?

Start by determining whether the shotgun you use for turkey hunting shoots where you aim. A shotgun is basically a “scattergun” and is not made to shoot in tight groups.

Because the density and molecular structure of steel tends to be imperfect, there is no machine known to man that can consistently produce a perfectly straight barrel. [SD2] As a result, some are straighter than others. We are talking about thousandths of an inch here.

I watched a man in Germany who worked for Krieghoff International, a manufacturer of upscale competition shotguns, put unfinished barrel tubes in a jig and bend the tube like a banana. He would peer through the tube with a light and look for the perfect reflection all the way through the barrel to get it as straight as possible. This process often required four to five bends of the tube to get it right. Companies that mass produce shotguns usually don’t have a barrel straightener on the payroll, so we learn to deal with the little imperfections.

According to Rob Roberts, owner of Rob Roberts Gunworks, it’s not always a gun issue. He should know, as his company offers hunters a computerized testing service to fine tune guns for specific choke/load specifications. And that’s not all. Roberts’ company builds every Benelli Custom Shop turkey and waterfowl gun made.

“We test hundreds of shotguns for customers nationwide before every turkey season,” he said. “Many are shipped to us because the owner says the gun doesn’t shoot straight. We have discovered that many times the gun is not the issue. Things like gun fit, a hard trigger pull and the shooter’s vision can be the problem.”

As Roberts mentioned, one possible cause of your gun not shooting straight is that it might not fit you properly. Make no mistake, gun fit matters for every sport shooter hunter.

There are many gun fit measurements that help dial the gun in to reach the desired point of impact. If you are seeing a bit on top of the rib as you pattern your gun, it will likely shoot high. If you are looking absolutely flat down the rib or into the receiver, it could shoot low. Look more down the left or right half of the rib and the gun will shoot slightly left or right. If the length of pull is too short, your face is too close to the trigger hand, which could cause you to raise your head as you squeeze the trigger. If it is too long, count on having to move your face around a bit to get the shot lined up.

You can make gun fit adjustments as needed to most wooden stocks, but synthetic stocks complicate matters because modifying them is more involved. One thing you can do on synthetic models is change the length of pull by modifying the recoil pad.

Fortunately, some guns come with a shim kit that lets you fine tune where the gun shoots. You can adjust the elevation and side-to-side performance by changing the shims which fit the front of the stock. If these adjustments can’t be made, you can put an optic on the gun so it shoots like aiming a rifle. Many turkey hunters have gone that route.

In order to get the point of impact right, get some light target loads and start shooting a target 20 yards away.  You will save yourself a lot of money by not shooting expensive turkey loads at this point. Rest assured, if the gun doesn’t shoot exactly to the desired point of impact at 20 yards, it certainly won’t do so at 40 yards. Get it perfect at 20 and 30 yards with the light target loads. At that point you can test at whatever yardage you wish with your turkey loads.

Most gunmakers have a standard trigger pull for over-the-counter shotguns. In many cases, the pull is 5 to 7 pounds, which can cause a problem when drawing a bead on a big gobbler at 40 yards. Keep in mind that your turkey gun is set up more like a rifle since your goal is to put a mass of pellets onto a small target like the gobbler’s neck and head. Any movement of the muzzle left, right, up or down as the trigger is pulled can affect the impact point. Roberts recommends setting the trigger in the 3-pound range and removing any creep in the trigger pull. This can make a big difference in the performance of the gun in your hands.

While we all wish for 20/20 or better vision, only a few of us actually have it uncorrected. As we age, our vision suffers from presbyopia, a hardening of the lens of your eyes over time. This is why we use reading glasses or get bifocals or trifocals in prescriptive lenses once we get older.

Presbyopia is something that most hunters will have to deal with at some point. Here’s the problem. Since turkey hunters usually aim the gun like a rifle to take a shot, the sight picture through the bead and out to the gobbler is not in focus. One might have a visual focus on the turkey, but the focus through the gun can be slightly fuzzy. This can be a problem when aiming at a specific spot as it will be difficult to see the sight and the bird clearly.

Ammunition companies have improved turkey loads with different pellet metals, changes to shot cup designs, gunpowders and primers to maximize the performance. A hunter’s choice of ammo these days gets about as much attention in the turkey crowd as do chokes and guns. Once you know your gun shoots the desired point of impact, it’s time to find a choke and load that delivers the payload on target.

There are many ammo options from lead to copper-plated lead to bismuth and Tungsten Super Shot (known as TSS). In the end, it is all about testing and shooting patterns to find the right gun/choke/ammo recipe. Think about having a pattern day with your turkey hunting friends. Each of you buy a box or two of a different turkey load. That way you can test your gun with a variety of loads to see what it likes the best. If you are not getting the results you want, let someone else shoot your gun to make sure vision or a hard trigger pull isn’t the issue.

When you start stretching the shot distance, remember that at some point the velocity drops and gravity takes over. At 70 yards, pellets will drop between 8 and 12 inches. The NWTF advocates for only taking shots at 40 yards and in, which mostly eliminates any compensation for drop in the shot string. 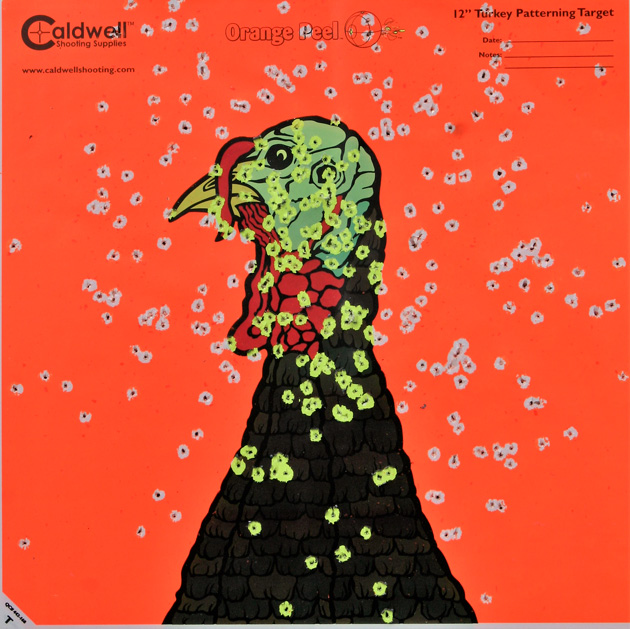 Who among us can remember the good old days when the only turkey load you could buy was the same as your duck loads? As turkey hunting became more popular, ammo makers responded to the demand for a shell that would shoot farther with greater lethality on those hung-up gobblers who refused to come to the gun. Aftermarket choke manufacturers jumped on board to capitalize on the increased ammo performance. For most turkey hunters, the days of the factory full choke as the go-to gobbler getter are but a fading memory.

There has never been a better time for customized turkey gear than now. As Mossy Oak’s Cuz Strickland often says, “There are no absolutes in turkey hunting.” That may be true, but when it comes to choke tubes for turkey hunting, one thing is close to absolute: opinions vary and every turkey hunter has one they are willing to share.

Choke tubes constrict the shot as is leaves the muzzle, keeping the shot string together at farther distances. Chokes come in different constriction diameters (.670, .665. 660 are common in 12 gauge), but testing different types of ammo with the choke tube you select is the key. It’s a game of mix and match that you can only perfect with testing — lots of it.

We need to explain what this means. I’m sure plenty of folks do know what it means, however, I’m sure there are some who do not.