Performance in the Shot, Recipe on the Box

Steve Rinella and the folks from the beloved MeatEater collective — known for their successful Netflix series, podcasts and mouth-watering wild-game recipes — have collaborated with Federal Premium Ammunition to campaign a line of shells for the ammo connoisseur, conservationist and meat eater residing in us all. The roster includes Federal Premium’s Trophy Copper rifle ammunition, 3RD Degree turkey loads and the new Bismuth shotshells for waterfowl and upland hunting.

“The MeatEater ammunition lineup is really the culmination of shared values, vision and a long-term partnership between MeatEater and Federal Premium,” said Josh Prestin, MeatEater’s vice president of business development. “We’ve worked with the good folks over there for a long time now, and they have always been consistent supporters of MeatEater’s message and content around wild game food preparation. When an opportunity came up to elevate our partnership to a product level, we both jumped at it, and the ammo lineup you see today is the result.” 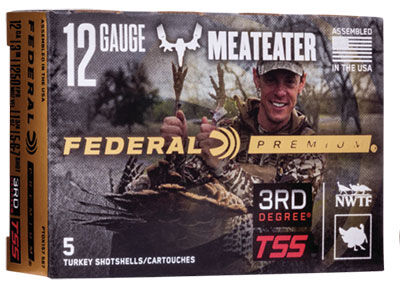 While hunting with Federal MeatEater loads comes with various perks, the MeatEater collective’s first and foremost consideration for a product which would embody their brand was field performance.

“We really leaned in on the expertise of our partners at Federal Premium here, and the loads you see with our name on the box were all chosen based on their demonstrated performance in the field,” Prestin said. “Efficacy is of utmost importance when selecting hunting ammunition, and these loads do exactly what they were designed to do: enable you to bring home wild meat from the field to your table.”

The new Bismuth loads for waterfowl and upland hunting provide a lead-free catalyst primer, are safe and effective for use in all shotguns (even grandad’s older ones), dispense a payload of bismuth shot, which meets nontoxic requirements found in certain areas and are nearly as dense as lead, enabling lethal shots at a distance.

The nickel-plated Trophy Copper loads have a specially formulated propellant with copper-reducing additives and come with a high-performance polymer tip and boat-tail design for flatter trajectory and accuracy. These rounds are lead-free, too.

The 3RD Degree turkey shells consist of a three-stage payload. The first load is comprised of Federal’s No. 7 Heavyweight Tungsten Super Shot, which tightly groups at the pattern's center for long-range lethality. The second load consists of Federal’s No. 5 premium lead, which patterns well for midrange shots. The last payload incorporates Federal’s No. 6 FliteStopper lead, which spreads quickly to provide a forgiving pattern at close distances.

What is just as good as the line of ammunition’s performance are the delicious recipes found on the boxes. The Trophy Copper loads are accompanied with Rinella’s BBQ wild game rib recipe, which works for just about any game animal. Rinella’s recipe highlights how this overlooked cut of meat becomes tender and is as good as any pork ribs. 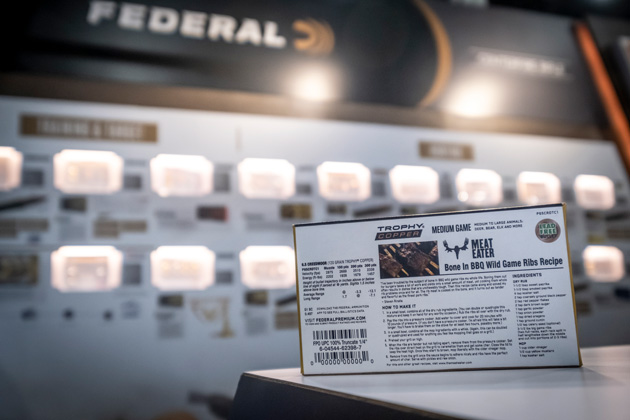 The new Bismuth waterfowl and upland loads include Rinella’s goose leg confit recipe on the box, whereby waterfowl legs are prepared using an ancient technique, curing the legs in a dry brine, cooking and preserving them in fat.

The 3RD Degree loads are adorned with a photo and recipe of Rinella’s favorite: golden turkey schnitzel.

“We were all very intentional in linking top-performing field loads inside the box to culinary content on the outside of the box that visually aligns the pursuit of wild game to food,” Prestin said. “The recipes on the boxes are some of our team’s favorites.”

Best of all, Federal’s game loads support conservation. For instance, proceeds from all 3RD Degree loads go directly to fund the NWTF’s Save the Habitat. Save the Hunt. initiative, and the whole Federal Premium MeatEater line promotes field to table ethics and interests hunters and nonhunters alike from across the country.

“Conservation is vital to what we do; we literally wouldn’t be here without it,” Prestin said. “We feel a deep responsibility to articulate the importance of conservation in our content and engage in meaningful support of conservation efforts so that our community can follow our lead to better our shared hunting and fishing environment.” 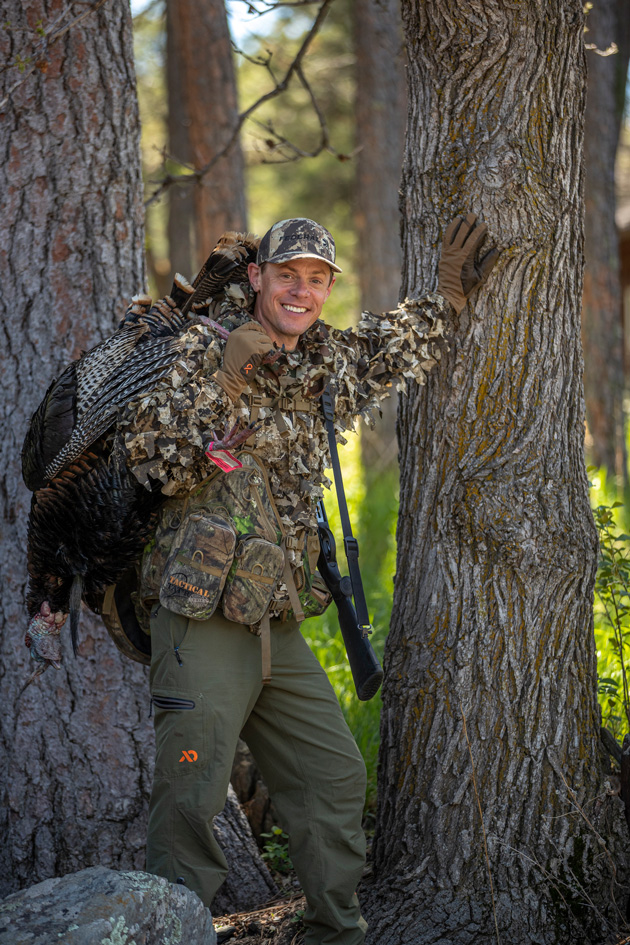 While the MeatEater collective has its own conservation efforts, including the MeatEater Land Access Initiative and its partnership with First Lite’s Round Up for Conservation, maybe the most important thing the carnivorous group is doing for conservation is the sheer amount of people they are introducing to hunting and the outdoors.

“Given the size of our platform, the most impactful conservation efforts we make are through the educational and inspirational content we strive to produce every day and highlighting great conservation organizations like the NWTF and others with boots on the ground in the conservation world,” Prestin said.

“To point to our Netflix TV show, many millions of hunters and nonhunters alike have seen MeatEater as a source of inspiration and education about where hunting fits into a holistic perspective on food sourcing. And the MeatEater Podcast Network, comprised of five different podcasts, is regularly engaging active and prospective hunters around all things field-to-table. We garnered over 31 million downloads across the network last year, many of those by folks who are just beginning their hunting journey."