Sometime around the mid-1980s, conservation groups and state wildlife agencies noticed a disturbing trend; hunter numbers were falling, even in states with strong hunting cultures and abundant opportunities. Nationwide, nearly 17 million hunters purchased licenses in 1983, but four years later, only about 16 million hunters went afield. So the NWTF, Ducks Unlimited and a host of other conservation groups did what seemed right: They adopted a variety of programs and events designed to attract new hunters. Youth-only events, in particular, were popular. So were women-centric workshops.

It wasn’t until recently, though, that those same groups and state agencies began questioning the results of their various recruitment efforts. Did one-day or even multiple-day events have any meaningful impact on hunter participation trends? No one really knew, says Wildlife Management Institute programs manager Matt Dunfee. In fact, few people involved in those events seemed to know much of anything about the impact of their recruitment efforts.

“We counted about 420 recruitment or retention programs being conducted in 2009,” says Dunfee. “We wanted to answer a simple question: What works and what doesn’t?”

As it turned out, less than 20 percent of event coordinators even counted participants. Far fewer did any sort of follow-up to determine the impact of the event — how many new hunters did it create? They probably didn’t need to, at least not if it was a typical one-day, youth-only dove, deer or turkey hunt. Upwards of 80 percent of the boys and girls who participated in many of these events were the children of active hunters. 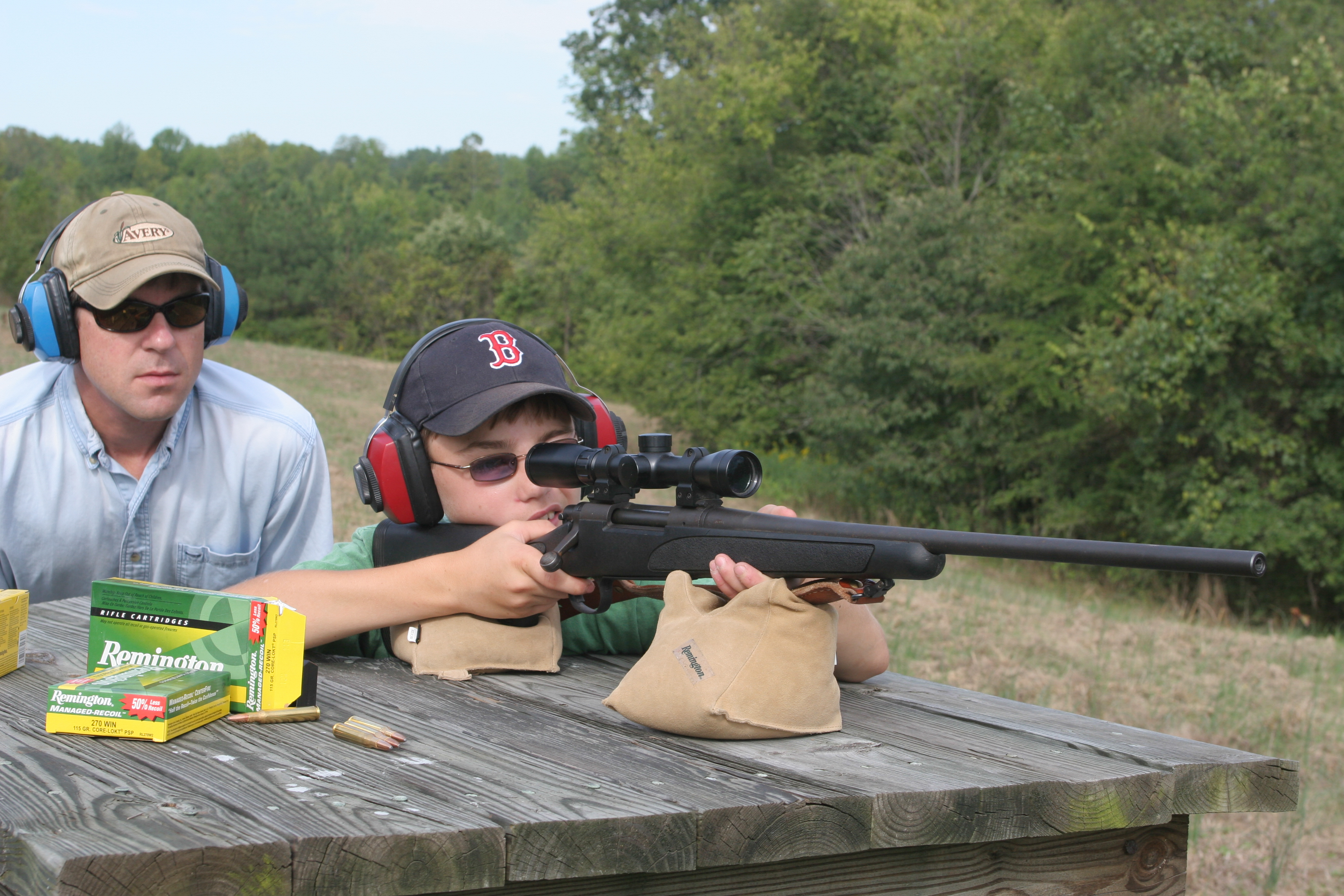 “In all likelihood, they were going to hunt anyway,” says Dunfee. “We began to realize that these events weren’t really designed to make more hunters, they were created to make us and our kids feel good.”

There’s certainly nothing wrong with youth-centric hunting events, he notes. New and young hunters who have a positive first experience are more likely to continue to hunt. Chapter-organized youth hunts also build local support and boost membership. That’s necessary. They might not recruit new hunters, though.

“We can’t just cater to the current base of hunters,” says Dunfee. “There are other groups in need of our help.”

Children of hunters have a high chance of becoming hunters themselves. The resources spent on them can be better spent on other groups that are ready to try hunting but are waiting for the right invitation. 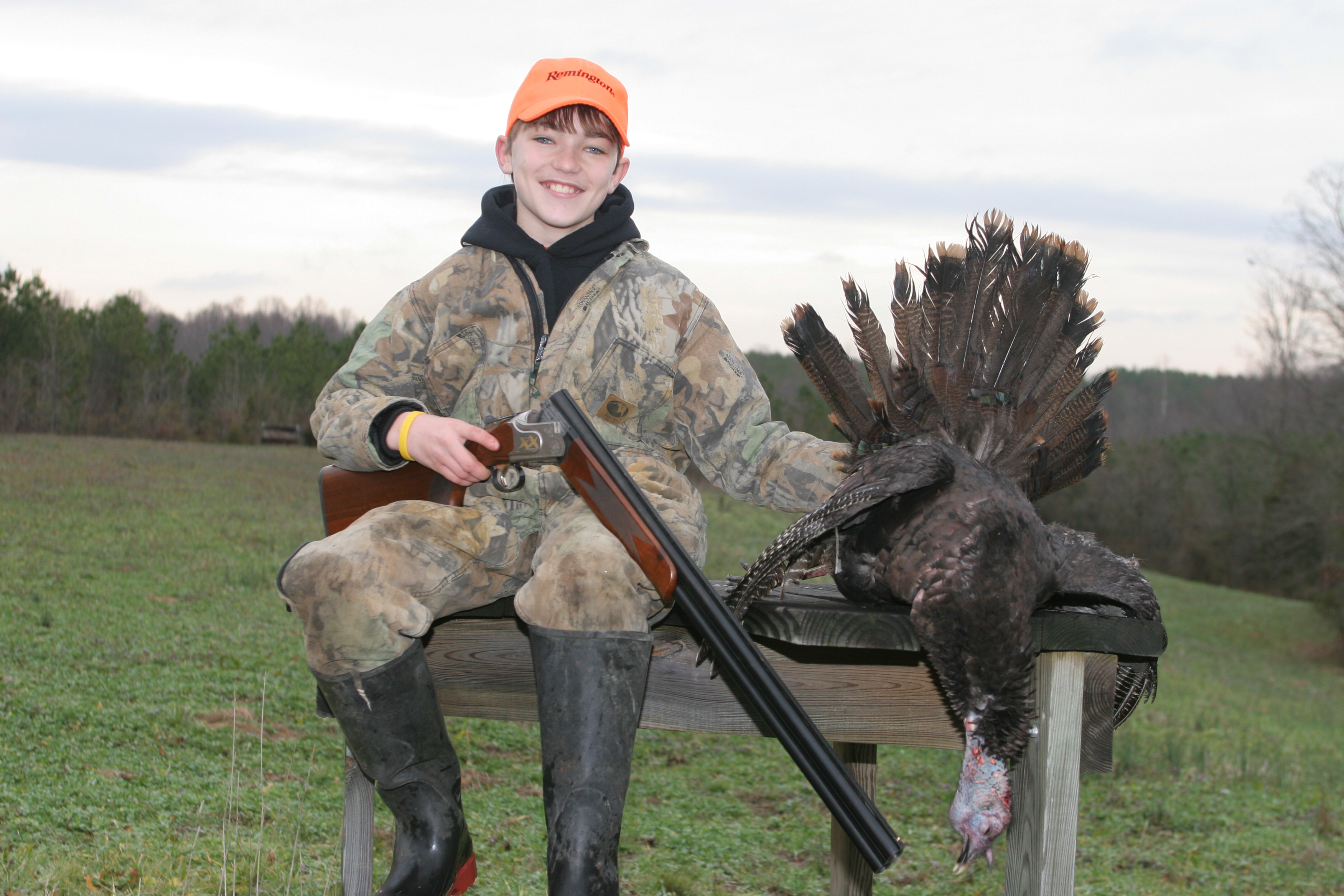 “We’ve learned that becoming a hunter is a mentorship process,” Dunfee added. “You can’t expect a beginning hunter to take up hunting after a one-day event. Multiple contacts over time are required, and those contacts need to change as the individual gains experience.”

Equally important, it’s vital for recruitment efforts to extend beyond the traditional rural, white male culture. They already have the required social network and the tools necessary to hunt.

The NWTF is already doing that by placing less emphasis on traditional recruitment efforts, says Mandy Harling, director of the NWTF’s Hunting Heritage Programs, and more on entirely different groups.

“There is a paradigm shift from the efforts in the past,” she says.

Instead of reaching out to children, groups like the NWTF are focusing on young adults from diverse backgrounds. As Dunfee says, there is a huge potential pool of people outside the traditional hunting culture. They share many of the same motivations and values, but for many of them, their initial interests in hunting are rooted in the sustainability movement. These people want some sort of connection to their food, even if it means killing it themselves. Harling says the NWTF also is partnering with universities to identify students who may be interested in hunting but who don’t know where to begin. 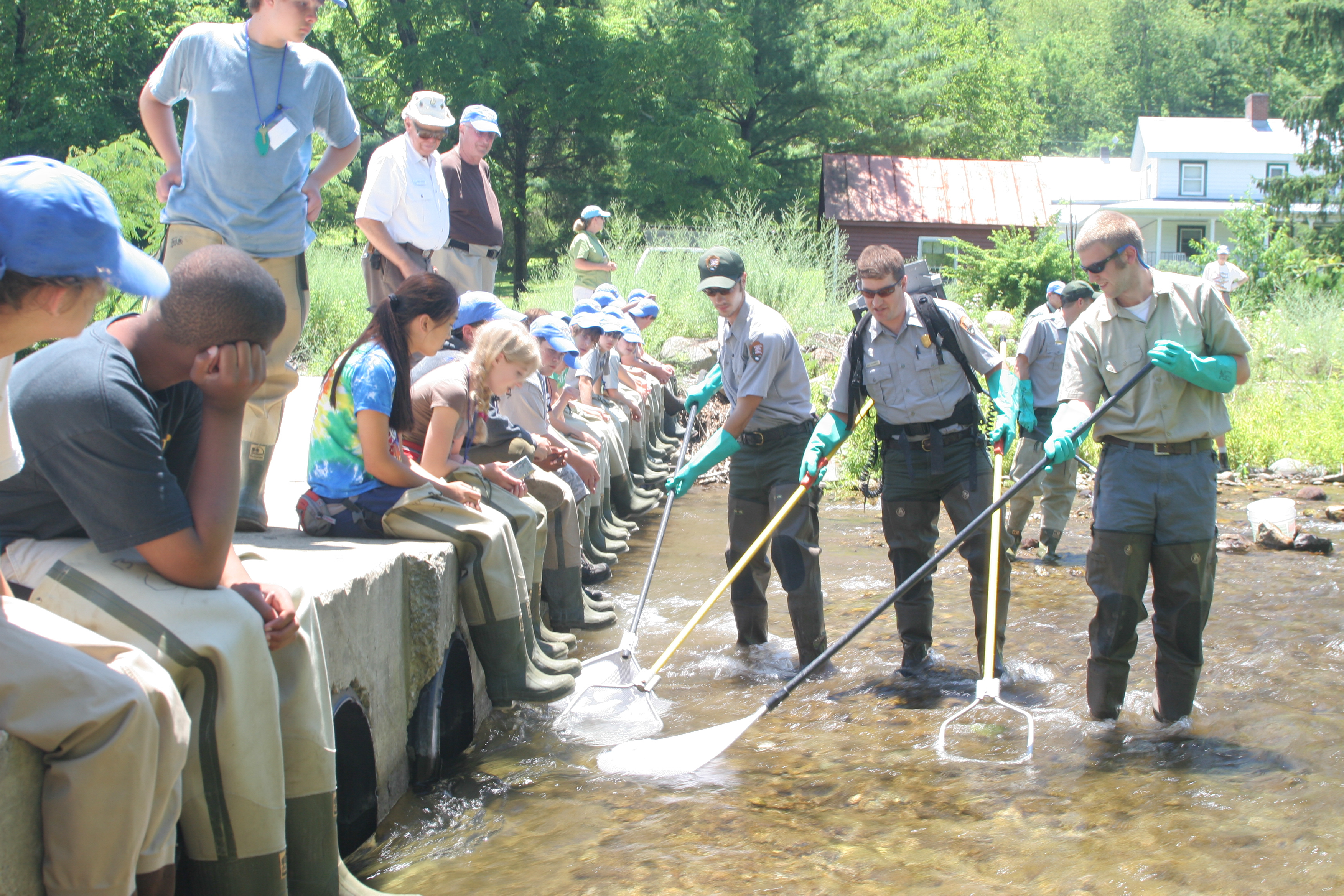 “Adults are eager to learn, they have decision-making authority and they have money to continue hunting,” says Harling. “They also become socially-engaged, which is an important step to becoming a hunter. What’s more, adults are the best-equipped mentors for teaching their own children how to hunt.”

To find those people, volunteers are reaching out to potential hunters at non-traditional locations, like farmer’s markets and even wine-tasting events. Dunfee says some NWTF chapters are even holding gatherings in breweries to attract a younger, more sustainable-focused crowd. Outreach efforts also are being conducted in minority communities.

Harling says the NWTF is placing increased emphasis on recruitment program evaluation, too. Instead of hoping a recruitment effort sticks, organizers will actually know what works and what doesn’t.

“Part of our Save the Habitat. Save the Hunt. initiative includes reports and evaluations to better measure the success of each event,” she says. “We need to know what efforts are working.”

It’s not just about recruitment, though. While much of the past emphasis has been placed on recruiting new hunters, Dunfee and Harling agree there needs to be more effort to retain those newly-recruited hunters and reactivate lapsed hunters. Those who held a license in the past are prime targets for re-engagement efforts.

The good news is the NWTF is adding model programs that reach out to a variety of groups, including lapsed hunters. They also hired shared recruitment, retention and reactivation state coordinators.

“Their primary job is to work with volunteers, state and federal agencies, nongovernment organizations and corporate partners to promote shooting sports,” says Harling.

Conservation groups can only ignite the spark, though. It’s up to individual states to make the entire hunting and fishing process as simple as possible for beginners. Along with the challenge of learning about game species and actually finding them comes the task of finding a place to hunt or fish and understanding the regulations. 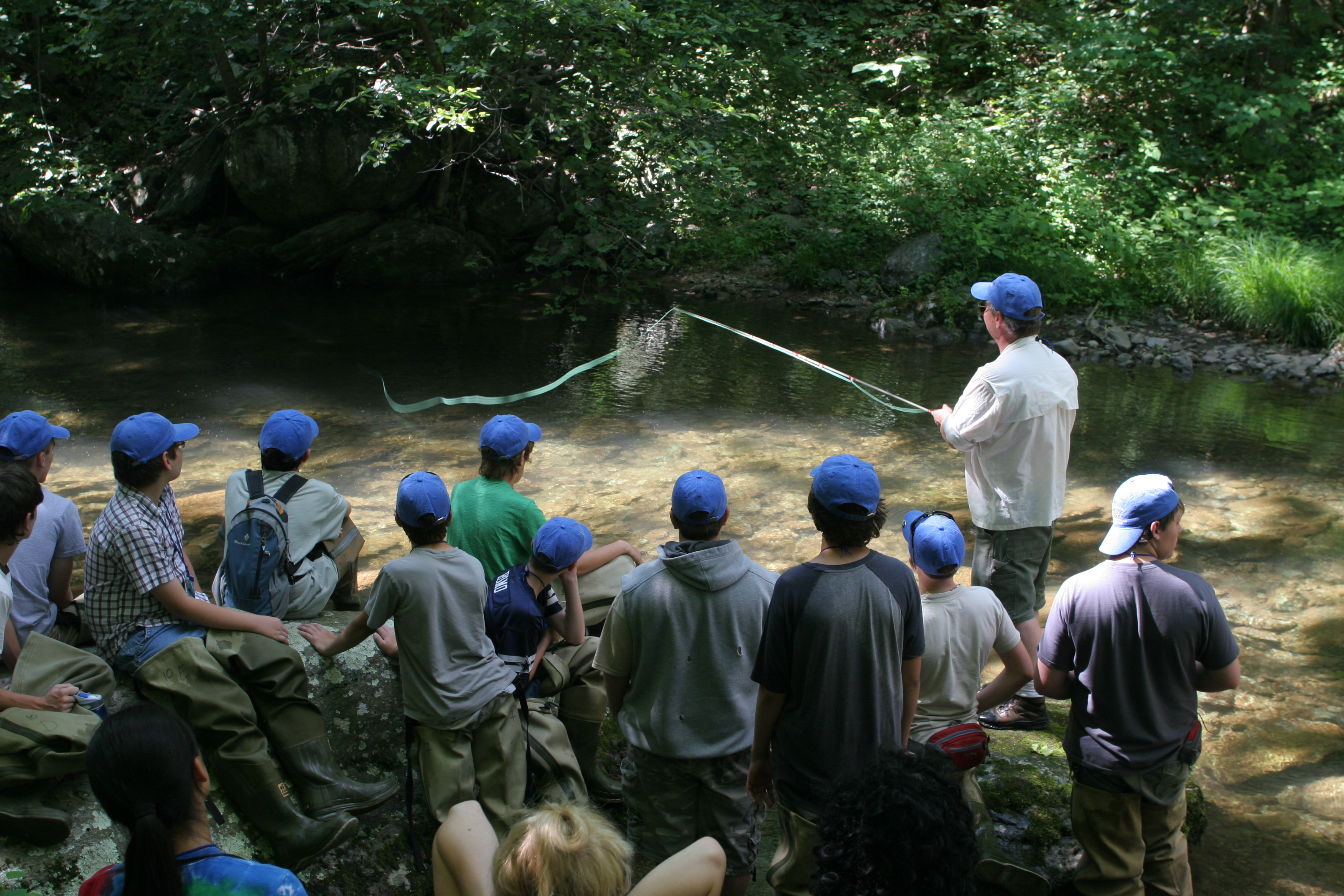 “The Georgia DNR instituted a very effective and very simple fishing retention and reactivation program,” says Dunfee. “Basically, they email past license buyers and remind them to purchase a new license before their old one expires. They also email timely information on nearby fishing locations and other tips. It’s working very well.”

Getting beginners and even lapsed hunters into the field, though, often requires a willing volunteer to accompany them. Someone has to serve as a mentor. How else will new hunters learn what to do with a gobbler or a buck after the shot? That means all of us have to step up a little, even if it means occasionally giving up the opportunity to pull the trigger ourselves. The future of hunting and conservation depends on it.