Save the Habitat. Save the Hunt. Saved my Life 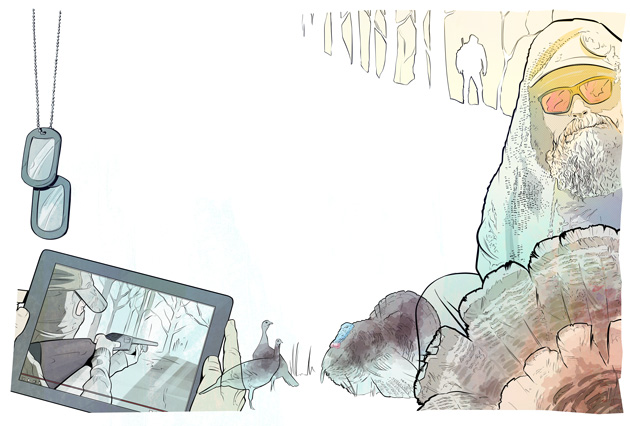 The wild turkey is one of the most majestic creatures I believe we have in North America. Anyone who says wild turkeys are easy to hunt or pattern is either lying to you … or they are lying to you.

In late 2008, I had just returned from my fourth combat tour and my second tour in Afghanistan. What happened after this tour would forever change my life. I was ending my time as a platoon sergeant for a military police platoon, and although changing positions is normal, at the time I had no job or position going forward. I just had to soldier on until I knew what my next position was going to be.

Homelife in 2008 was more uncertain than my next position in the Army. By 2009, I began to feel off or different. Many nights I stayed up until 3 a.m. playing Call of Duty. I felt like that was normal. My wife at the time did not feel as though staying up late, working from 5:30 a.m. to 6 p.m., and repeating this every day was normal. We began to grow apart, but I was blind to this.

In September 2009 around 3 p.m., I began to take pill after pill. I took so many that our cabinet where we kept our pills was empty. I laid down believing I would not wake back up. 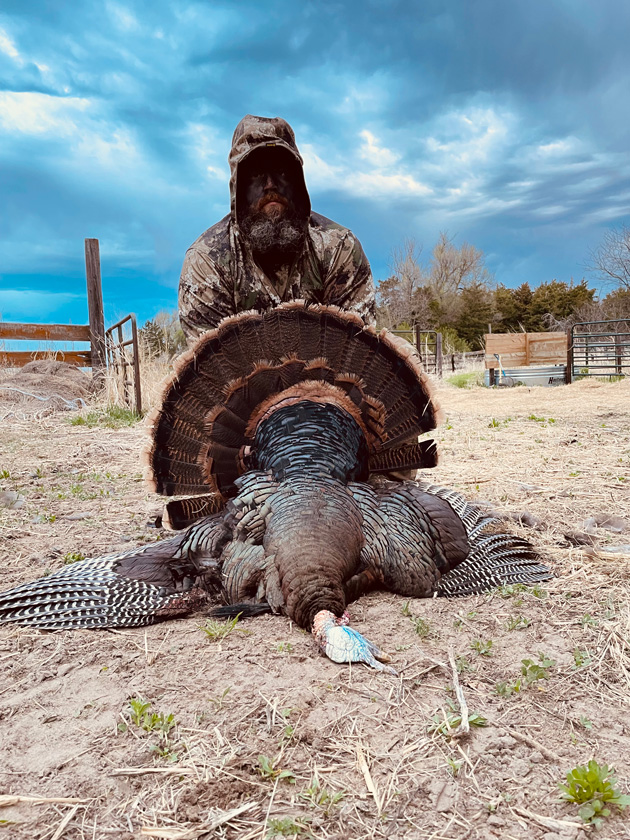 Many who have left the military service miss the camaraderie of the military the most. I can be lumped into that category myself; however, after serving in Afghanistan and Iraq on a total of four combat tours, I also missed the adrenalin rush I had come to know.

In 2010 after 16 years of service, I was medically retired from the Army. I felt lost, ashamed, scared, confused and alone. After my suicide attempt in 2009, the Army diagnosed me with Post Traumatic Stress Disorder. It felt like a death sentence. The stigma that came along with the diagnosis was that you were weak, you were crazy, and you could not function like a “normal” person. After my diagnosis and probably even before it, I had become a recluse. I no longer trusted anyone, and the future looked grim.

Once diagnosed with PTSD, the Army, its doctors and therapists began to medicate me and put me into therapy. While I had great therapists, counselors and doctors that assisted the best they could, no matter the therapy, medication or counseling, I was still struggling. Years later, I continued to struggle. What was it that I was missing?

Searching for the camaraderie and the adrenaline rush, I rode motorcycles, played video games and would go to the range, but nothing brought me close.

I then turned to the outdoors, beginning with fishing, a sport I enjoyed as a child. Fishing was fun but not fulfilling. I added small hikes through the woods mixed with camping and although enjoyable, those just didn’t provide what I was missing.

Then one day, while watching a video on YouTube, a recommended video of hunting came up. In a haze of boredom, I clicked the video, and one video turned into two, which turned into hours of watching individuals hunt everything from squirrels to elk to black bear, and even the ever-elusive sasquatch.

My interest had been peaked. I knew I wanted to know more about hunting, and, most importantly, I wanted to hunt! In February of 2016, while living in Illinois, I made a checklist beginning with what I would hunt and where. Turkey season was around the corner, so all I had to figure out was where to hunt and how to get a tag to hunt a wild turkey.

The answer to where I would hunt came from one of my aunts whose best friend had property near me. I began to talk with Dwyane Braddy, who is an avid hunter, and he was eager to share his stories of the great outdoors with me. I was in awe, in information overload, and my heart began to beat a little faster as I heard his stories. I explained to Dwayne I wanted to hunt wild turkeys and asked if there was a chance I could hunt on his property. The next thing I knew, we were exploring his land.

I had no clue what I was doing or even how to go about it. I found out I would need a blind, a trail camera or two, so I would know where the turkeys were located, some decoys and a turkey call. From everything I had heard and watched, once I had all my gear, the turkey would appear right before me, or so I thought.

I got nothing on my trail cameras for nearly a month, so I placed my blind where I thought a turkey would come. Plus, I thought, once I hit my box call, turkeys from miles around would flock to me!

As I sat in my blind on the first morning, I began to work a box call until it almost caught fire. No gobbles, no turkeys … what was going on? The pros online like Will Primos and others had turkeys all around them. Day 2 began and my box call sounded worse. I wondered what was wrong with it and why was there red chalk in the packaging? I turned to YouTube for the answer of how to fix my box call, while trying to figure out how to use the infamous mouth call.

On Day 3, I just knew turkeys from three counties away would show up to my masterful mouth call rendition of a dying T-Rex. Instead, I watched a farm tractor drive into the field I was sitting in and begin plowing; my day was done. Honestly, I felt defeated.

On the fourth day, I got up late, ran to the gas station to grab a drink and some food, and then settled into the blind, not caring if anything heard or saw me. I sat down in my chair that was sinking into the ground and had nearly concluded there were no turkeys in Illinois. I grabbed my box call and called for a second or two. I sat quietly while my thoughts drifted to what I needed to get done that day, and then … gobble, gobble. No way! My heart began to pump, and I began to recall what Will Primos said in his videos, so I waited a few minutes and then struck my call again. I was extra quiet and I listened. A moment or two passed and silence. Then, another gobble. It was loud and close!

I grabbed my shotgun and waited. My heart was thumping, adrenaline flowing through my body like it once did. Should I call again? No, I will wait a few more minutes. Or maybe I should call? No, I will wait. My heart was beating so loud I could hear it in my ears, and I could feel my chest rise with every beat. Could the turkey hear this?

Then this majestic Eastern wild turkey walked right toward my decoys.

I have to make sure this is a tom; yep, there is a beard! I brought my shotgun up and hit it against the blind. He surely heard that and was going to run. When he didn’t, I placed the red fiber optic front sight right onto the tom’s neck and squeezed the trigger. No recoil.

Wow, when I patterned the gun before the season, the recoil had beaten my shoulder up.

I placed my shotgun in the corner of the blind, and I unzipped it as quickly as I could. As I approached the gobbler, all I could think was, “Man, what a rush! I have not felt this way in years.”

This was my first attempt at hunting and that piece l had been missing since retiring was back! At 37 years old I became a hunter, and it started with an Eastern wild turkey.

Now 43, every time I leave to hunt the wild turkey, my adrenaline and excitement are just the same as that first hunt. In 2021, I traveled to Florida, Tennessee, Kansas, Illinois, Indiana and Nebraska for my attempt at a single-season Grand Slam. As I headed home in May, I did so in defeat. I, along with my guides, spent hours and put on mile after mile chasing these birds, but we could not close the deal on a Merriam’s.

Well, that’s turkey hunting, as I’ve been told. I truly believe turkey hunting saved my life. My story should be an example of why it’s so important to mentor others in the outdoors. You may not even realize it, but, at best, you could help someone like me recover from the demons they’re facing. At worst, you just showed a new hunter your honey hole.

Joshua “Pupp” Westfall is an NWTF member of the North Central Chapter in Clarkesville, Tennessee. His main goal in sharing his story: “I just hope if one person can read it and understand there is hope or that they are not alone, I have told my story right!”