As the 2022 NWTF Grand National Callmaking Competition is right over the horizon — hosted Feb. 16-19 at the NWTF’s 46th annual Convention and Sport Show in Nashville, Tennessee — Witter doesn’t plan to take his foot off the gas any time soon. 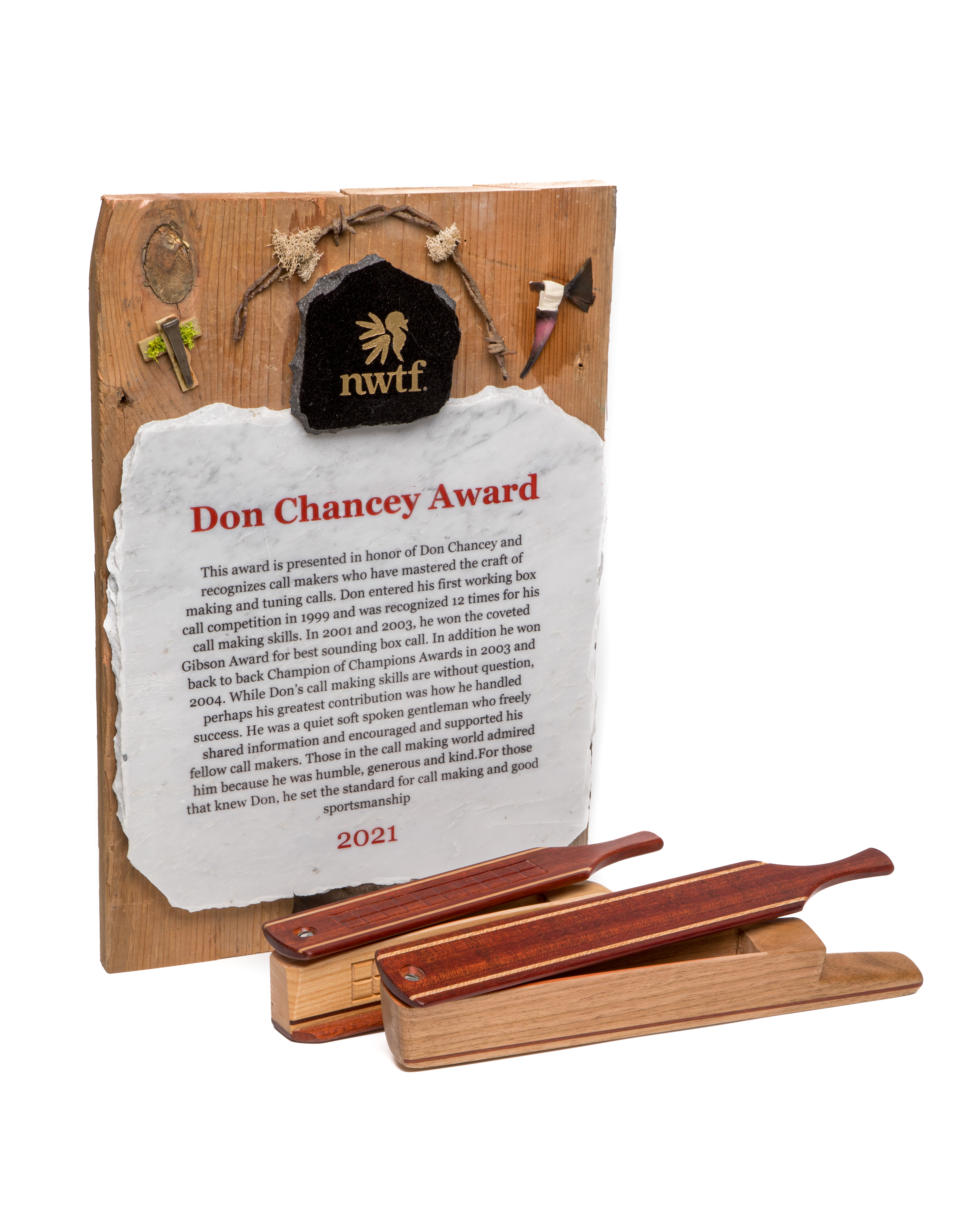 Despite his recent prestige and success as a custom call maker, Witter’s early journey as a woodworker and a relatively new turkey hunter have laid what is the foundation for one of the best call makers competing today. He began woodworking when he was 14, watching his uncle as a furniture refinisher and restorer and his friend’s dad as a professional woodworker.

“There was just something to me that was interesting and special about what they were doing with woodworking,” Witter said. “So I began making little things here and there for friends and family.”

Fast forward to 1987, Witter is a successful landscape architect in Saratoga Springs, New York. Though an architect during the work week, Witter spent much of his free time bowhunting white-tailed deer and honing his woodworking skills in his friends’ professionalgrade woodshop.

“As long as I cleaned up the shop, I could work on weekends while they were there,” Witter said. “It was really cool, and that locked it all in for me. To put it in perspective, I was 28 at the time and am about to be 64 and still just as fascinated with it as ever.”

Still, approaching nearly four decades of woodworking as a lifelong outdoorsman, the thought of combining his two passions never occurred, until he harvested his first spring gobbler in 2009.

“In the fall of 2008, I decided I was going to learn everything there was to know about hunting wild turkeys,” Witter said.

Witter would go on to harvest his first spring gobbler in 2009, and from that point forward, nothing was the same. 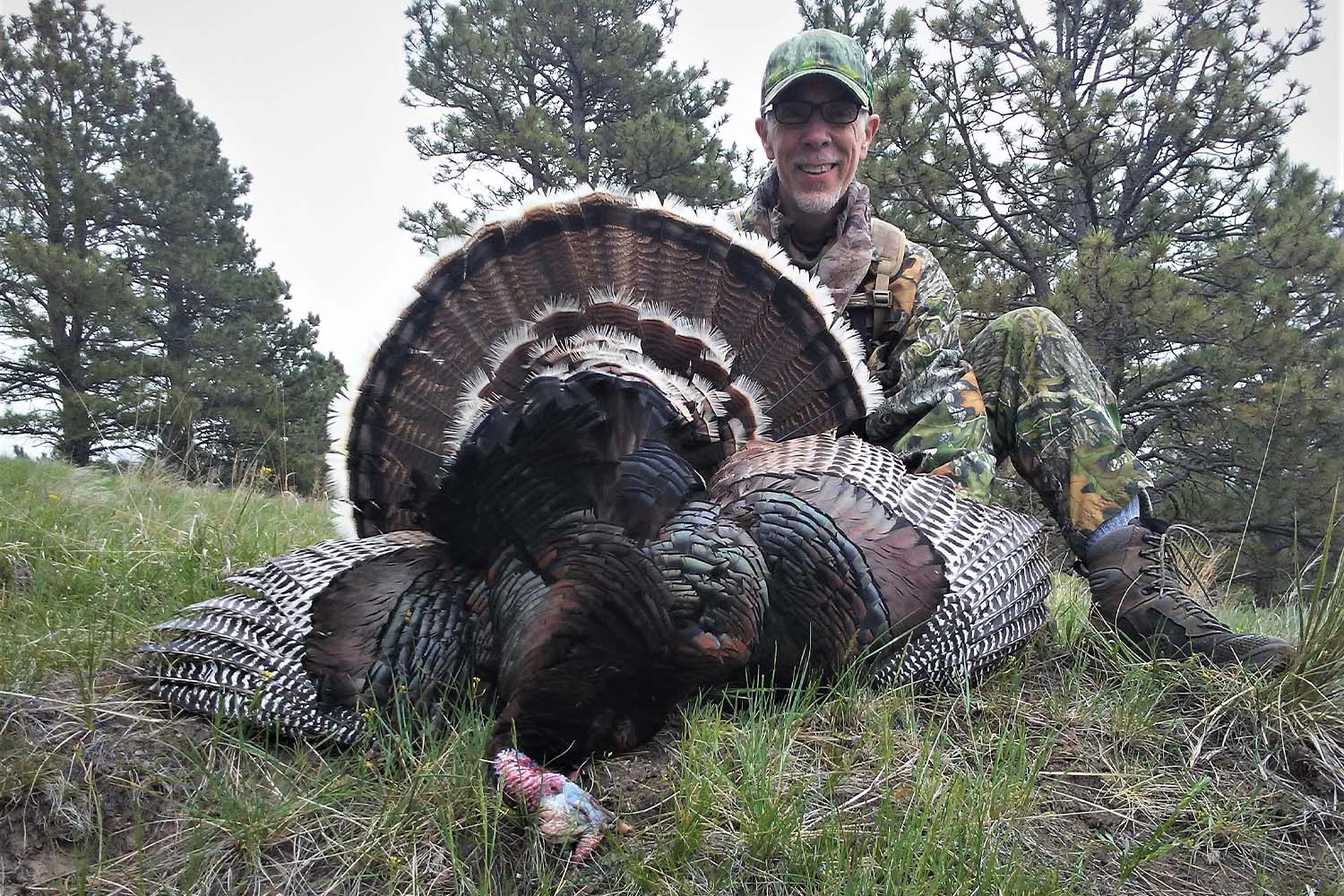 “As with most people when they shoot their first bird, that was it,” Witter said. “I might as well be laying in a coffin while deer hunting.”

The gears began to turn, and before long, Witter combined his woodworking craft with his newfound passion for turkey hunting and began making his own box calls.

“I still have the first box call I made, and it’s pretty bad [laughs], but I did kill two birds with it,” he said.

Witter inevitably joined the esoteric guild of competitive custom call makers shortly thereafter and began entering his calls in competitions, including his first time at the NWTF’s Callmaking Competition in 2012.

“I did not do poorly when I first started competing, but I had other call makers telling me to focus more on the sound and tone of my call and to consider checkering,” Witter said. “When I began experimenting with checkering, I realized how profound the difference was and really started to see a turkey call more as an instrument.”

As such, Witter believes his increasing success as a call maker, particularly with making box calls, stems from his hobby as a blues harmonica player and as a detailed notetaker.

“I cannot read a lick of music,” Witter said. “However, if I hear something I want to play, after about three or four times, I can play it pretty well just from listening. This plays strongly to how I hear hens in the field and how they sound to me, so when I’m starting to tune a call or tapping on wood, such as a violin player might, it has tone, and that translates immensely when I’m making a call.”

Witter often considers every aspect when making a call, from the density of the wood to the depth of his checkering. What has allowed him to continually improve his craftsmanship is taking notes of every aspect that goes into making a call and noting what worked and what did not.

“I take notes of what part of the tree the wood is from, the density, how much it weighed, measure the spacing of the growth rings, and I record this as I make calls, experiment with changes and highlight ‘why did this worked,’ ‘why did this not work,’” Witter said. “When you begin to do this for several years, you compile all this useful data that you can call forth when building a turkey call.”

These traits have given Witter an edge as a custom call maker. As the 2022 national competition approaches, Witter’s goal is to craft the best call he has ever made.

“A second Gibson Award would be a dream, but I do not build to win, I build only to compete with myself and improve every year,” he said.

Whether it’s hunting, mentoring or crafting, the passion the wild turkey elicits for so many is a reminder that there is something far beyond us this beloved bird connects us to. For Witter, this transcendence is self-evident and the reason he includes this passage in each note he sends with the custom calls he sells:

"As a call maker and fellow turkey hunter, I hope you enjoy this call for as long as you are physically and mentally able. When the time comes and you are prepared to rest your body and mind from chasing the great wild turkey, I hope you will pass this call along to a family member or a close friend so they too may enjoy its ‘call’ to nature.”