Many folks can tear into a glass or mouth call to produce loud, attention-grabbing turkey sounds. Fewer, however, can tone things down to make softer, more subtle vocalizations — the kind real turkeys use more often.

Veterans of the turkey woods and contest-calling stage know how critical that can be when trying to fool gobblers.

“Volume control is very important in calling, and I think it’s not talked about very much,” said Dave Owens, host of Pinhoti Project and the 2018 Grand Nationals Calling Contest Senior Division champion. “I think in a lot of cases, many people bring way too much volume to the game than needs to be there. They practice it loud so they can hear it and then bring that straight to the woods. It’s not required. They don’t realize how well turkeys can hear.” 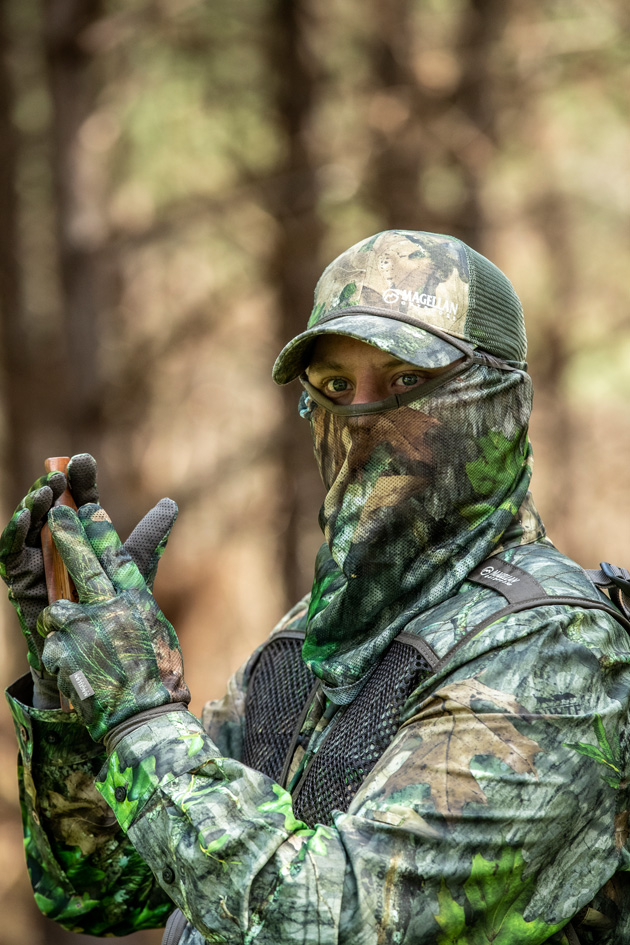 “I’ve always felt that not being able to soften up your calling is a huge disadvantage in the turkey woods,” he said. “I think it’s probably the least practiced technique when guys are getting ready for turkey season. Everyone is usually focused on yelping and cutting — the calls mainly used to make a turkey gobble.”

“I’ve had a lot of success over the years hunting with decoys, and in many of those situations, there’d be gobblers that got to about 50 or 60 yards and kind of locked up and just stared, like they were on red alert because there was no movement,” he said. “But after a few soft three- to four-note yelps, they were instantly calmed down and marching into the setup. Also, some of my favorite hunts are the ones in the woods during the late season, when the foliage is thicker. You’re calling a gobbler in, and he’s hunting you down, trying to find you, and you just give him the soft, pretty stuff to keep him closing the distance.”

“If you’re doing (a mouth call) at normal volume, it’s easier to get a roll-over and the front end of the yelp,” Owens said. “But if you take that down to where it’s barely audible and get all those components in a very quiet sound, it can be much more difficult. You’ve got to have air control. That’s what I find is very difficult for a lot of people; a realistic yelp but very soft.”

Grossenbacher follows a specific routine when working on soft calling.

“The way that was easiest for me was trying some two-reed calls,” he said. “Batwings and combo cuts were what fit me best. I’d practice by gently pushing air from the back of my throat through the call, trying different tongue positions and even trying to force air across one side or another (right or left) to get those soft, under-the-breath yelps that are so lethal in the woods. I enjoy practicing those calls while driving to work and listening to real turkeys on YouTube.”

You can do that, too. And when spring rolls around, you might have a softer — and more realistic — calling presentation for tough turkeys.

Living at Their Limits

Long Drift to a Longbeard

Communicating our Mission this Thanksgiving