To tell the truth, I am more of an archery guy, but the older my kids get and the more they ask to go hunting, the more time I spend working with them on their firearm accuracy. After learning the basics, there has been no better tool to help them out than a red dot sight.

Red dots are easy to use, allowing for rapid target acquisition, and they improve accuracy. I think it’s also an aide in teaching my kids to shoot with both eyes open, which is recommended for several other shooting disciplines, including archery.

Vortex released the SPARC Solar early in 2021 with an MSRP of $399. Still, you can find it below $300 at places like Bass Pro Shops or other online stores.

Upon opening the box, I immediately noticed the sleek design and, of course, the solar panel on the top, Vortex’s first venture with such a feature. Also noticeable was the integration of a portion of the logo in the solar panel design. I found that to be a clever touch. 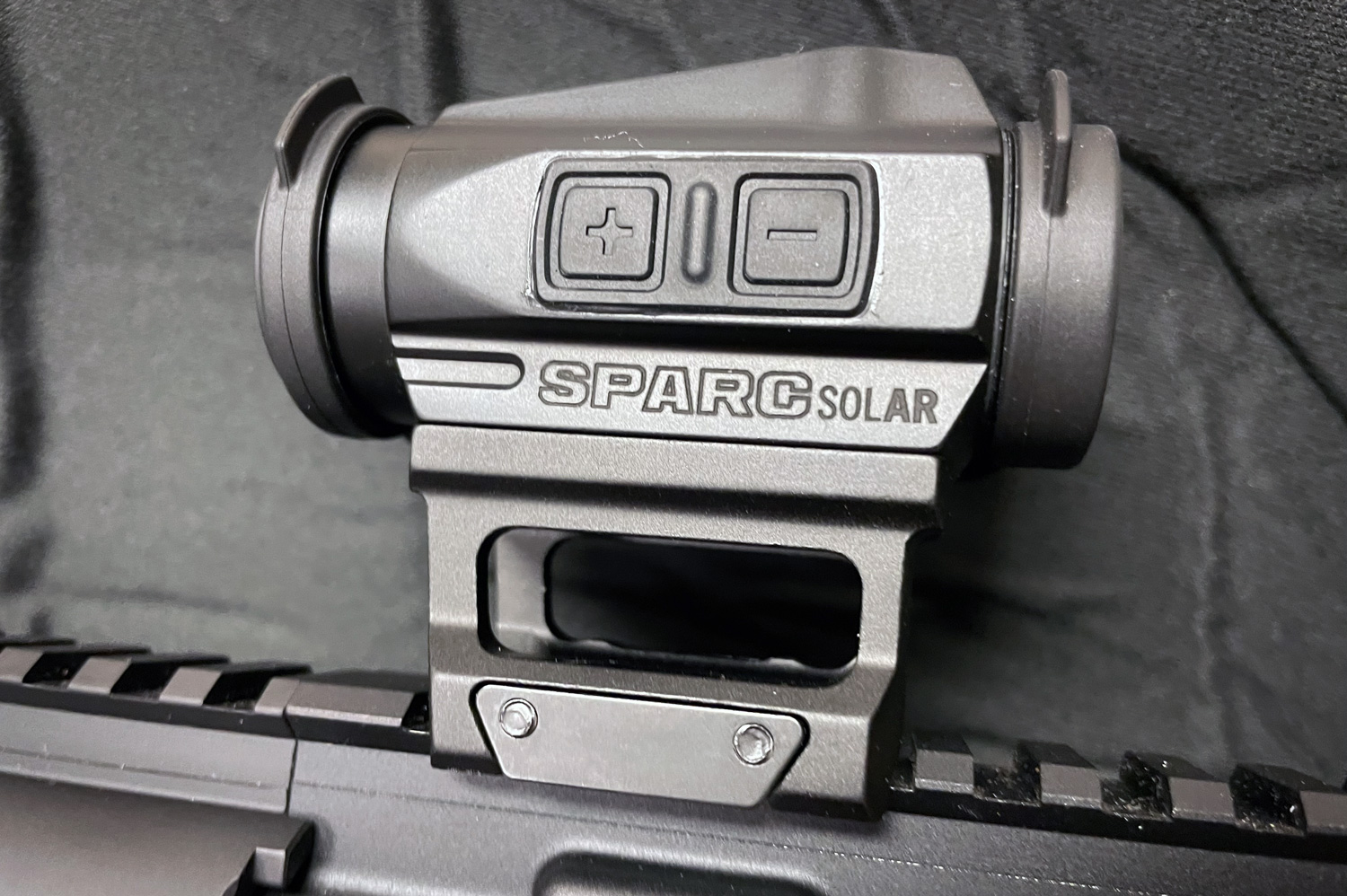 In addition to the sight, which comes already affixed to a low-mount (perfect for topping a turkey gun with), the box contains a lower 1/3 co-witness mount and sight adjustment tool, extra screws and a lens cloth. It also has a removable lens caps that can be conveniently folded back and snapped onto the battery[MS1]  cover.

Wasting no time in tinkering with the sight, even before mounting it to my firearm, I powered the red dot on with a simple press of the ‘+’ button on the side of the sight. I cycled through the brightness settings and was able to distinguish 10 with my naked eye (the manual lists 12, with the two lowest settings suited for use with night-vision equipment). 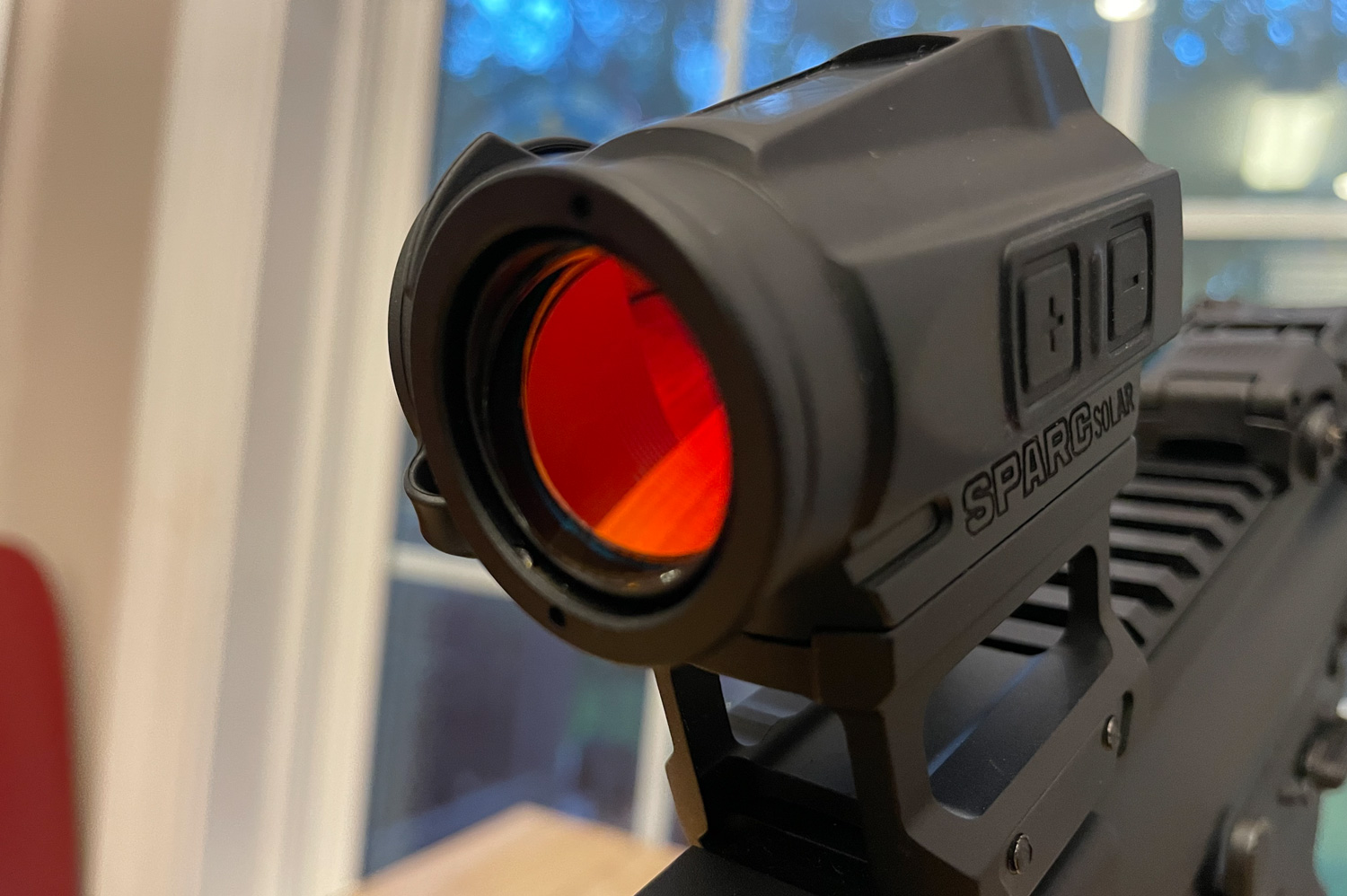 Note: When you reach the brightest setting and press the ‘+’ button again, the red dot will flash letting you know you are as bright as you can go.

Once you have powered on the sight, you can either power it off by pressing the ‘-’ button, or you can take advantage of the motion-activation feature, which requires leaving the sight on and allowing it to power down or sleep on its own after 14 hours.

Back to the solar panel feature, the sight’s Auto D-TEC technology automatically draws power from the solar panel or battery depending on the light conditions. This extends the battery life to about 150,000 hours, according to Vortex (calculated at the sixth brightness setting and running off solar and battery). So even when running the sight utilizing the motion-activation feature, the idea of killing the battery seems like a tough feat. Prepping it for my AR, I swapped out the low-mount for the lower 1/3 co-witness by using the sight tool to remove four screws. Once that was done, it was a quick process adding it to the picatinny rail. Shouldering the firearm in my shop, things felt good, and I must admit, I liked the look of it atop my AR.

The next step was to sight in the newly outfitted firearm at the range. It was a few days before I was able to get some shooting in, and I stored the firearm in my safe with the sight on just to test the motion activation. And, yes, it worked as advertised. 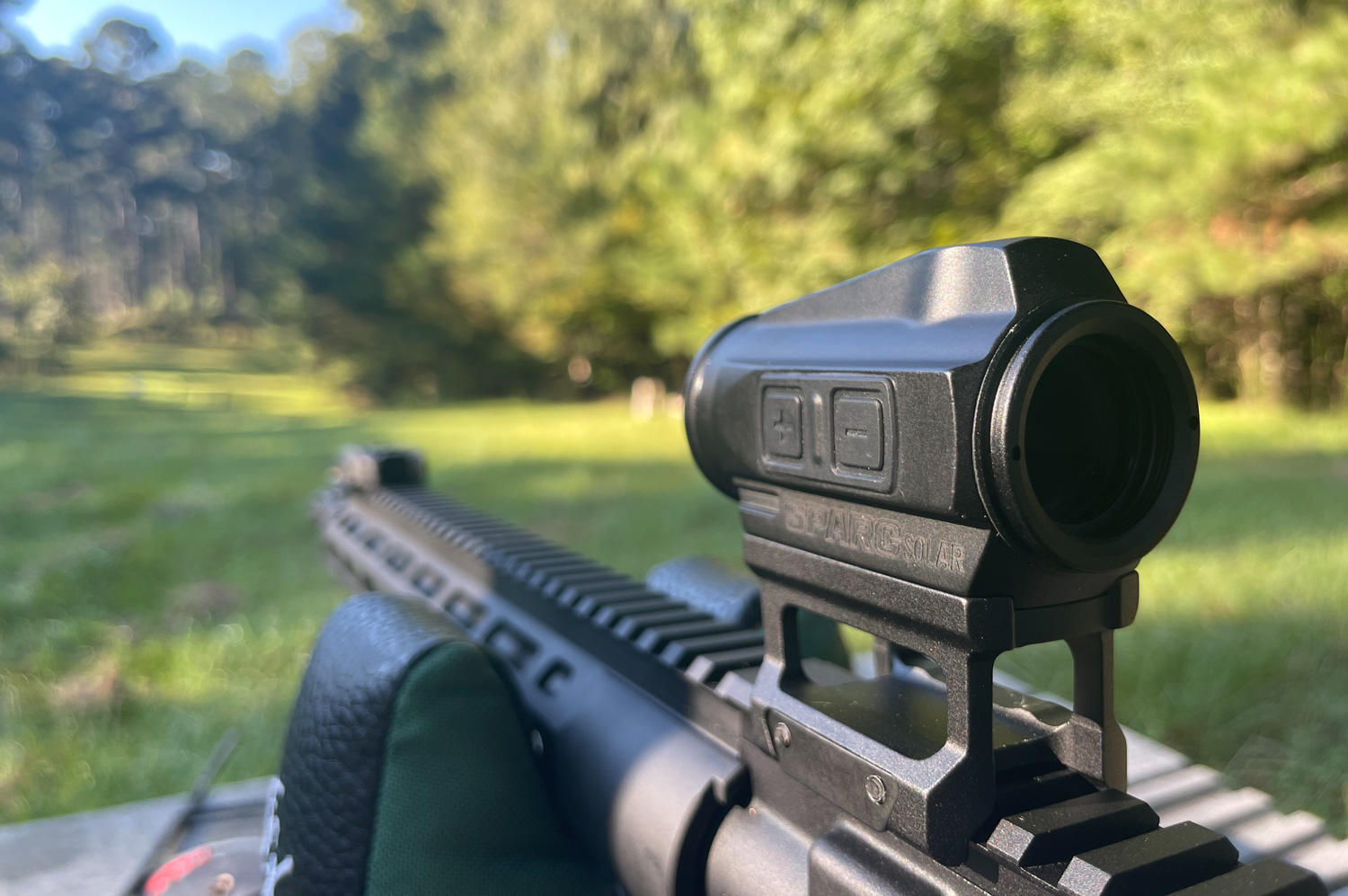 The recessed turrets were easy to adjust, giving audible clicks with each adjustment. In no time I was sighted in and pleased with grouping.

While I have only had the sight for a short time, I’m pleased with its performance and ease of use. Still, like most electronics, only time will tell as to how it will hold up or how long it will last. Regardless, I always have the Vortex VIP Warranty to fall back on, and that is a comforting thing to know. 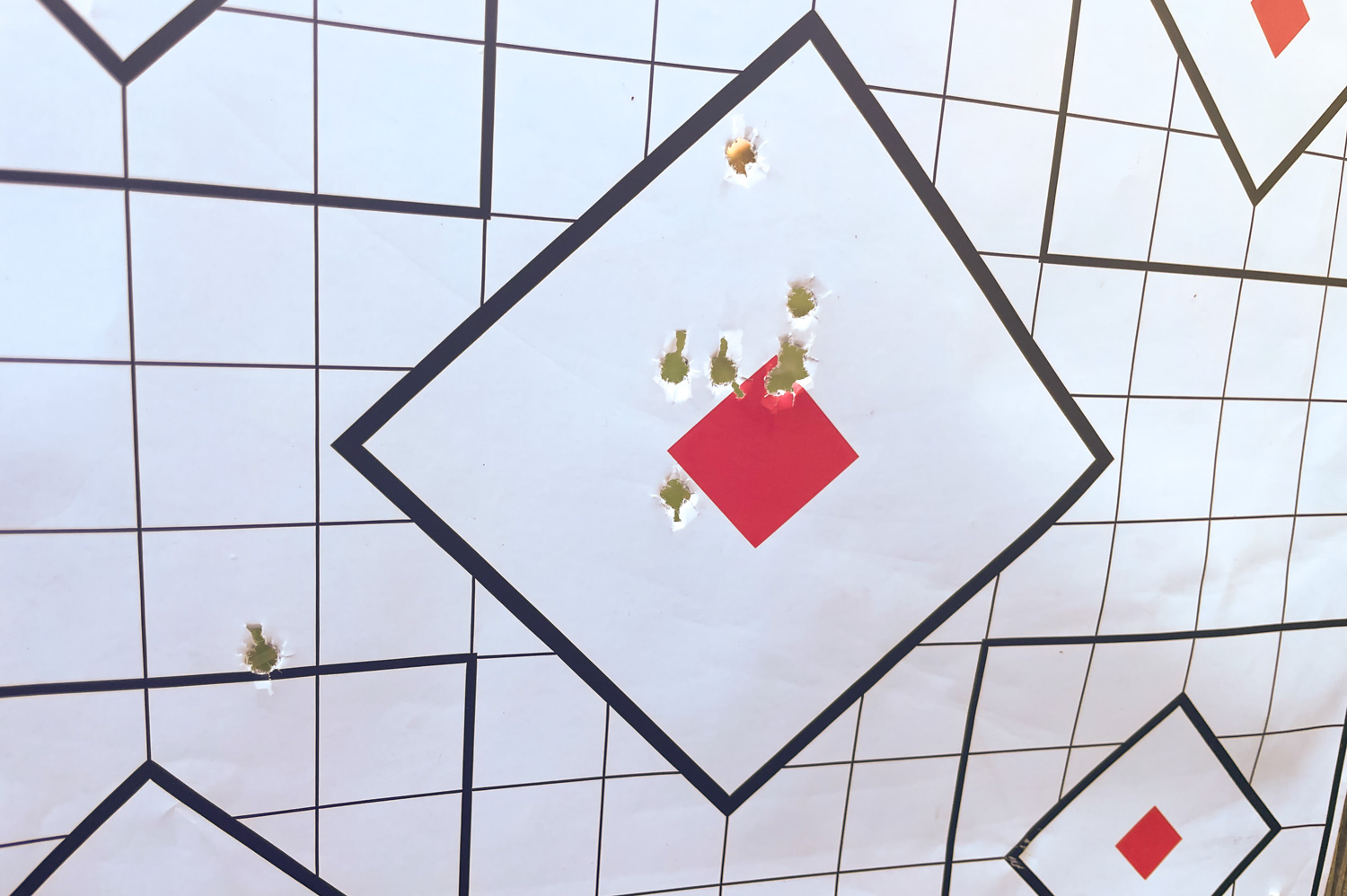