When I first started working on this story, I believed it would be mostly about hunting tactics. But when I talked to NWTF Wildlife Biologist Mark Hatfield, I soon learned that I didn’t understand the complexity of how turkeys come or stay together or not. 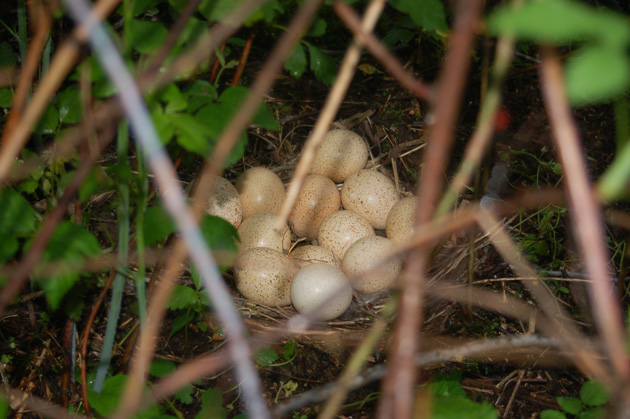 “First,” says Hatfield, “wild turkey poults are semi-precocial. They depend on the mother hen to instill or reinforce their basic instincts to feed and stay with the flock. They also quickly learn the voice of their mother hen, which is one of the reasons why it’s so hard to call young birds away from the flock hen. As the poults grow older, they start to venture out more but still remain with the flock. By early fall, the young have grown so much that it’s hard to distinguish them from the flock hen.”

At this time, the flock mentality concept becomes even more complicated.

“Nothing in nature is absolute,” Hatfield continues. “But so much of what happens depends on a host of factors. For example, what is the social dynamic of an individual flock? What are the major food sources and how abundant are they in a given fall? If there is just one major food source, is it possible that you might see much larger flocks because of that? Why do Western flocks sometimes have a hundred or more birds and why is this infrequently the case in the East?”

I then remarked that I often observe jake flocks come autumn.

“In late fall, jakes sometimes do form bachelor flocks,” Hatfield notes. “And we’ll see small and large groups of jakes during the mating season. But the makeup of these flocks is not always consistent. Sometimes there are subgroups within a flock, and, of course, food sources and their abundance or scarcity plays a role in jake flock makeup, too.

“Turkeys, in general, are very good at self-regulating flock size. Again, that depends on numerous factors: the environment, weather, time of year, and competition for food sources can all cause expansion or contraction of flocks.”

It’s very difficult to call jakes or jennies away from the flock hen in fall. They have imprinted on her voice, and hunters won’t be able to duplicate that sound.

Jakes are sometimes easier to call in when they are in bachelor groups, both spring and fall, but not always – again depending on a host of factors.

The term flock is subjective and gangs of birds do not remain consistent in size, sex, or number.

A personal observation from past experiences. If in doubt whether to scatter a flock or try to call it in, the percentage play is to bust it – no matter the age or sex composition. Generally, it seems to be easier to call in single turkeys than gangs of them.

Turkeys are the most fascinating creature in the universe – at least to us NWTF members.