We’re aware of a gobbler’s I-think-it’s-going-to-eat-me reaction upon seeing unrecognized movement, and from that, we might deduce that eyesight is the bird’s first line of defense. I don’t question that, but I also believe silence has saved the gizzard of more gobblers from shotgun-toting predators than we like to admit.

A quiet tom, whether he knows it, might as well be a ghost. Even when he’s close, he’s usually hard to spot, and he’s almost impossible to locate by sound as long as he keeps his beak shut.

A couple of years ago, my friend David Scholz accompanied me on a public land turkey hunt in Idaho. There were lots of turkeys in the forested region we hunted, and during the first afternoon, we called in a couple of longbeards. Scholz killed one of them, but the other got away before I could shoot. No big deal, I thought. The next day, I’d get my chance. 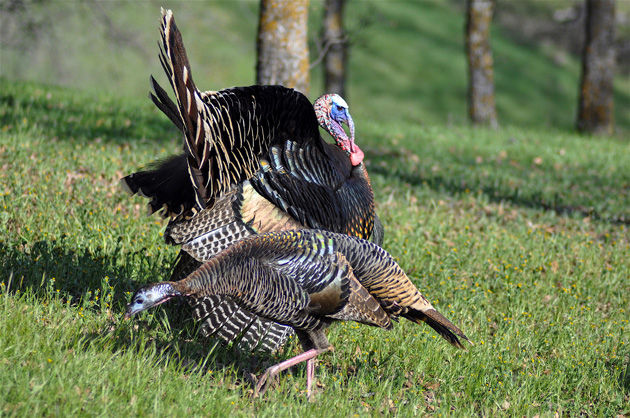 I was wrong. It seemed like the two gobblers that came in the first afternoon might have been the only ones in the area that weren’t henned up. The next day, we heard only one or two distant gobbles at daybreak and none after flydown.

I don’t believe in ghosts — especially ghosts with feathers. However, after driving around the area, stopping often, and calling with various turkey and locator calls and receiving no responses, I admit I was beginning to think anything was possible.

The primary question is this: On days when gobbling isn’t happening, is there anything you can do to improve the situation and possibly fill a tag? The honest answer is maybe. Only one thing is certain: Nothing will work if you don’t try something.

My theory is that things can change from day to day or even hour to hour. And that’s why being patient and staying with the program for longer than you might want can, at least once in a while, be a good thing.

After that eerily quiet morning in Idaho, I climbed the hill above the spot where Scholz got his bird, got comfortable in a shady spot and settled in for the long haul. My idea was to call occasionally for a couple of hours and try to make something good happen. I didn’t try to wake the dead with aggressive calls, but I switched back and forth from mouth to friction calls to vary the volume and pitch. My strings of yelps were soft and loud, and of short and long duration. Between calling sequences, I tried to stay awake and listen for any sound that could be attributed to turkeys. 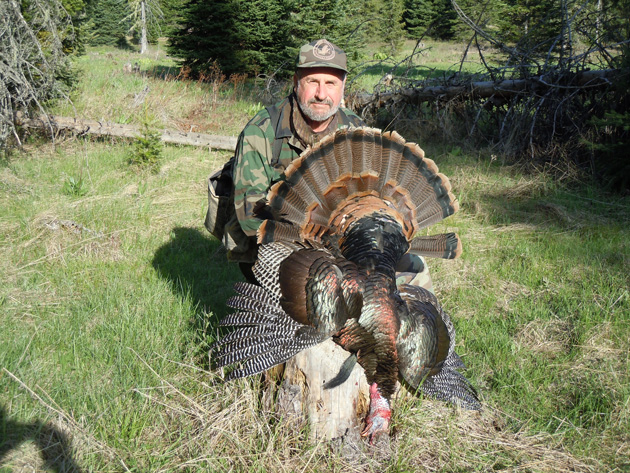 After an hour or so, I directed a loud string of I’m-lost yelps downhill toward a tree-bordered meadow. I ran out of breath and stopped calling just in time to hear a here-I-am gobble ring out somewhere near the meadow. I’d like to say I sneaked right over there, sat down, called twice and had to fend off the tom with my gun barrel. Unfortunately, that was not the case.

However, in my opinion, even the frustrations of everyday turkey hunting are instructive. In the case of gobblers with a severe case of shut-beak, merely getting one to sound off is enough to lure me back for another round in that location. It might be later that day or at another time when that gobbler, for whatever reason, again craves the company of a hen.

So, go with the flow, and keep the faith. An otherwise ghost-like tom will open up sooner or later, and with any luck, you’ll be in the same woods with him when he does.