There are piles of articles out there talking about getting kids interested in turkey hunting, but, information about how to keep a kid interested after missing a bird doesn’t seem to exist. I interviewed two young hunters who had their hardships this season; close calls, long sits, bugs, boredom, and the dreaded whiff. I asked them about how it felt to miss a bird, and how it felt to connect after having their hearts broken on previous hunts.

My first victim in this venture is Owen Warweg. Owen is the 8 year-old son of Adam Warweg from C&S Custom Calls in Zumbrota, MN. This was Owen’s first season behind the trigger, and he was on a mission to get his first bird. He experienced the scouting, the hung up toms, the close calls, and the dreaded miss… twice. But, with perseverance and hard work, Owen closed the deal. Owen expressed his feelings about his experiences.

How did you feel after you missed your turkeys?

“I was really upset because I missed. I had a clear shot at the first one, but he kept moving, so I just pulled the trigger. I was disappointed, and it was hard to be happy for my brother who shot one the same day. When I missed the second one, I was even more disappointed because I had already missed one and it was even closer than the first. Watching him walk in for like a half hour and then missing was disappointing. I was mad at myself. I really wanted a tom.” 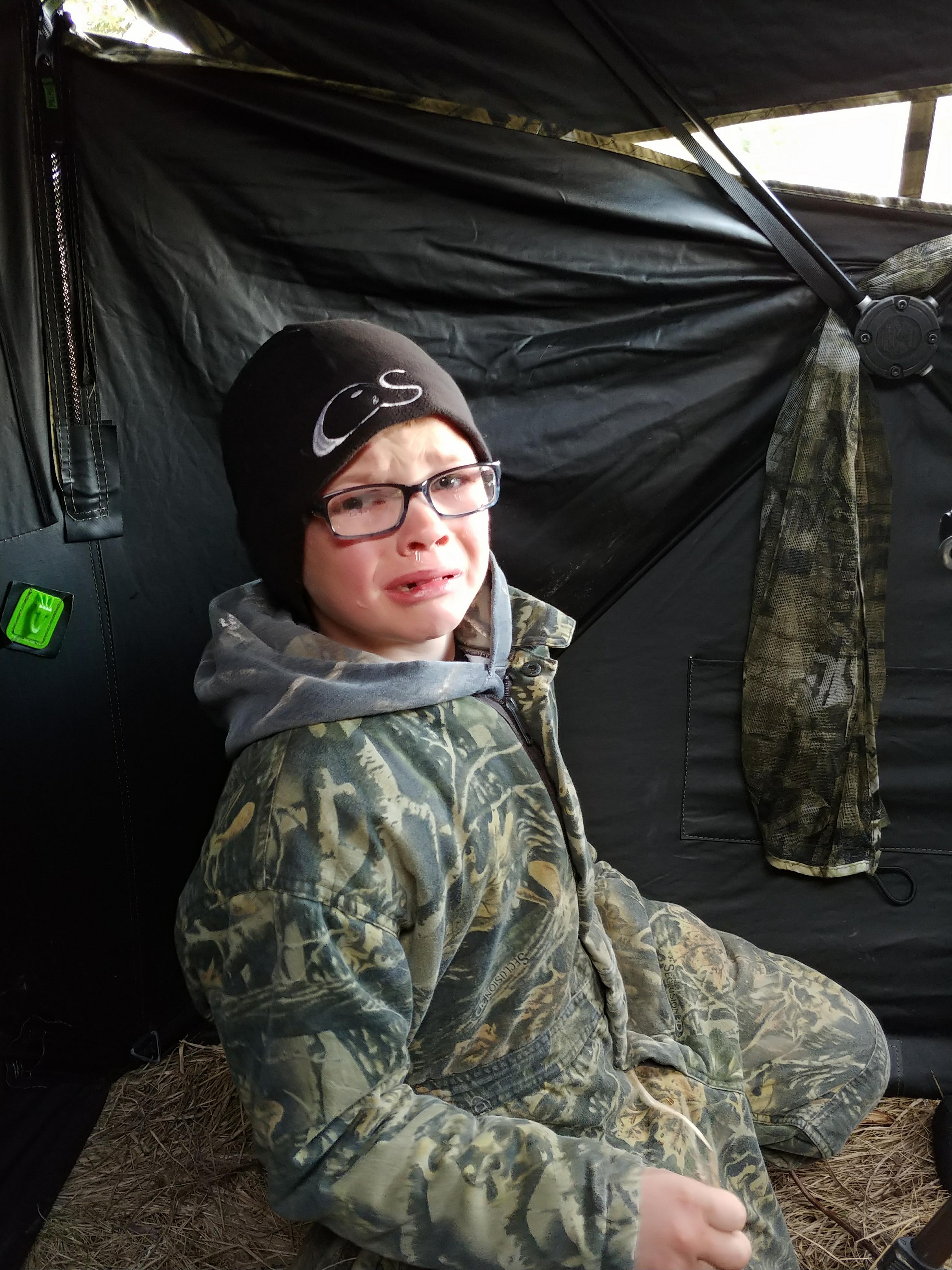 How did it feel when you finally shot a tom?

“Amazingly excited, because I had already missed two and I wanted a tom and got one. I passed on a couple of jakes the hunts before and I was so happy that I waited. Missing two before probably made me more excited because I had to work so hard to get one.” 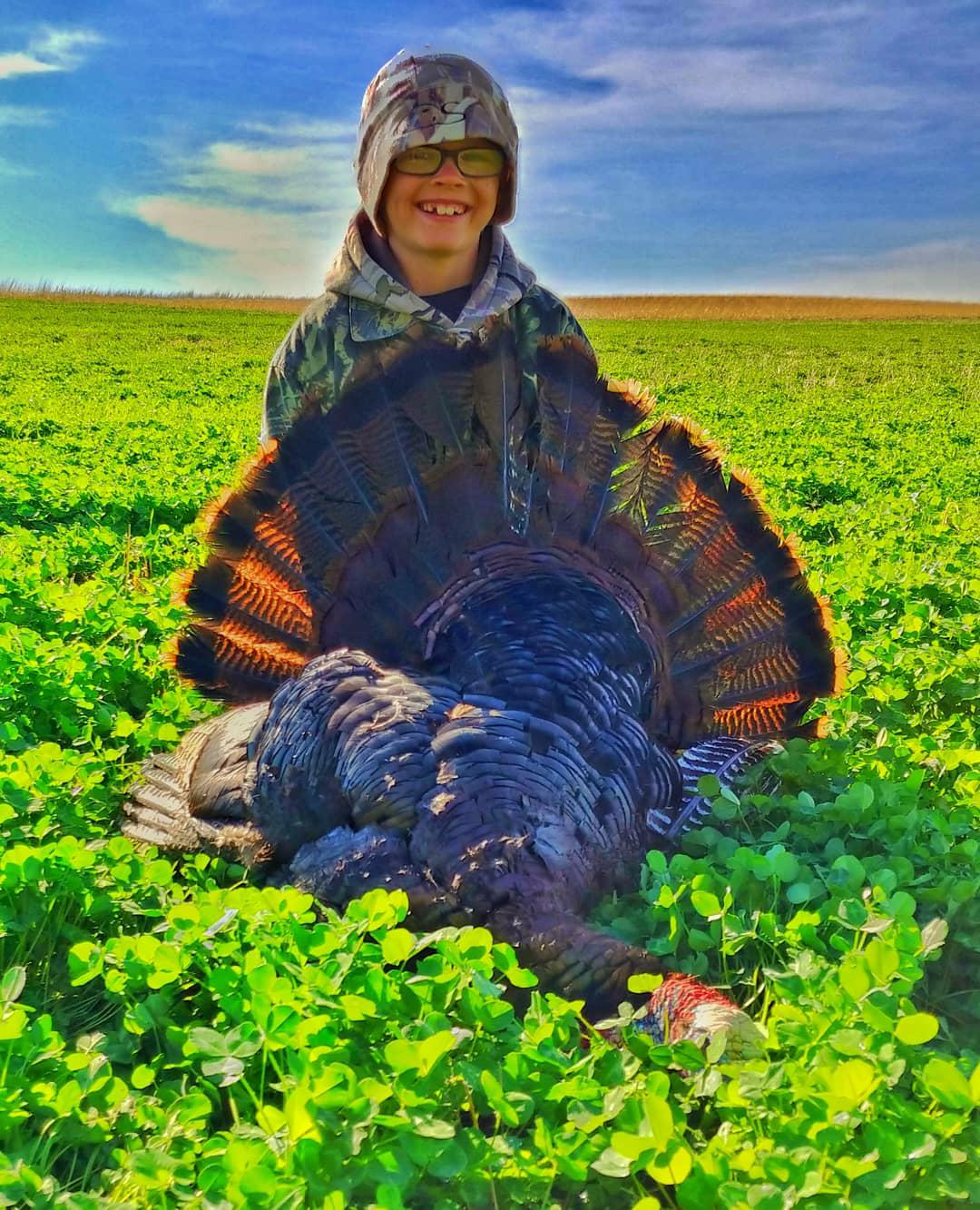 Next, I spoke to my very own 8 year-old daughter, Nora. She shot her first turkey last season, and absolutely loves the outdoors. She also loves the color pink and kittens, but that’s another story. She endured a lot this season; boring sits, a couple of close calls, her dad telling her not to shoot due to an obstruction, and of course a miss. She also ended her season by punching her tag after an exhilarating hunt with 3 birds in our laps. I asked Nora about her hunts.

What did it feel like to miss a turkey?

“I was pretty sad. After you told me not to shoot because of the tree I was mad. I could’ve gotten that tom. Then, I just missed when they were walking away. I was kind of mad. It made me want to go back out the next day though, and it made me want a turkey even more. I didn’t want to give up.”

What did it feel like when you got to fill your tag?

“I was so happy! I really wanted to get a bird after missing, and to have them so close and to have so many birds so close was really cool. It was a really fun hunt, and I was so happy when it went down after I shot. Plus, after my brother got one I really needed to get one.”

There seems to be a couple of commonalities between these two 8 year-old hunters. They both had a little bit of competitiveness with their siblings, and they both wanted redemption. Many may find this surprising, but there is no trick to getting a kid back in the saddle after a miss. They jump back in on their own. When provided opportunities, most kids will take them. Rain or shine, tears or smiles, take a kid hunting. You won’t regret it.

Article Categories
On the Hunt
After the Hunt
Latest Articles