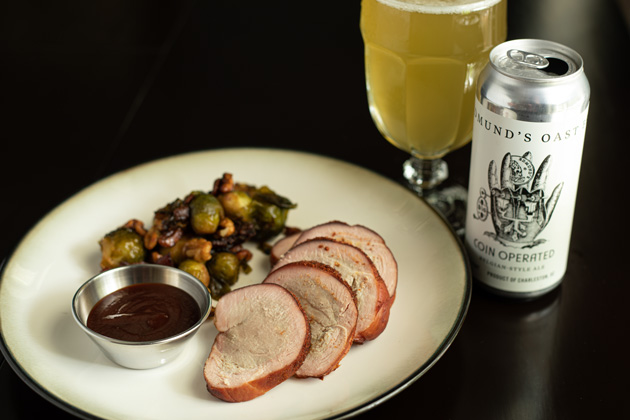 While game has been a staple of the human diet since time immemorial, wildfoods cooking has undoubtedly been kicked up a notch in the last decade. Blogs like Hank Shaw’s “hunter. angler.gardner.cook,” Danielle Prewett’s “Wild + Whole” and Jeremiah Doughty’s “From Field to Plate” are all good examples. This trend has also been great for bringing new, food-motivated hunters and anglers to the license-buying ranks, while teaching old dogs a few new tricks in the kitchen. What has received less attention, however, is the other part of the equation — what to drink with wild game.

Hunters know that a cold beer from a well-worn cooler tastes good with any game meal. But, certain rough guidelines do suggest themselves. Red meats like venison and goose tend to go well with robust wines or dark beer while upland birds such as grouse and pheasant — given their mild, white flavor — call for something like a crisp white wine or sharp hard cider.

But — for the iconic bird that’s variously managed by natural resource agencies as small game, big game, or treated in a class by itself—wild turkeys, predictably, break the rules. They’re neither “white” as most other gallinaceous birds nor as “red” as a venison steak. To be sure, wild turkey breast leans a little toward the lighter end of the spectrum while thighs and drumsticks go a little darker. But wild turkey is a breed apart in the kitchen.

When something sits on a line like this, there are two ways to look at it. It can be difficult to classify on the one hand or flexible and open to interpretation on the other. I prefer the latter. Maybe wild turkeys are a bit like jazz. In both the kitchen and the woods, those who aren’t willing to mix it up and roll with the punches are often left out in the cold.

Got breast medallions marinating in lemon, herbs and garlic? Try something dry. Any number of local pilsners — or the classic Czech Pilsner Urquell and even an IPA with some bite to it — are good suds selections. For wine drinkers, consider the acidic notes to match here. Vinho verde, white Bordeaux, Muscadet from Alsace-Lorraine, an oaky Chardonnay or even a dry rosé would fit the bill. Mixed drink fans might consider a classic gin and tonic or vodka gimlet.

If you’re going richer — say a brown sauce complemented by a find of morel mushrooms — you might choose something that will stand up to these big robust flavors. A porter, stout or Guinness will work nicely. In the wine department, a soft and supple red such as a Beaujolais or pinot noir will complement the earthy notes of mushrooms and game without overshadowing the turkey’s flavor. Mixed drink fans might gravitate toward a smoky bourbon — neat or muddled into an Old Fashioned — to toast their turkey. 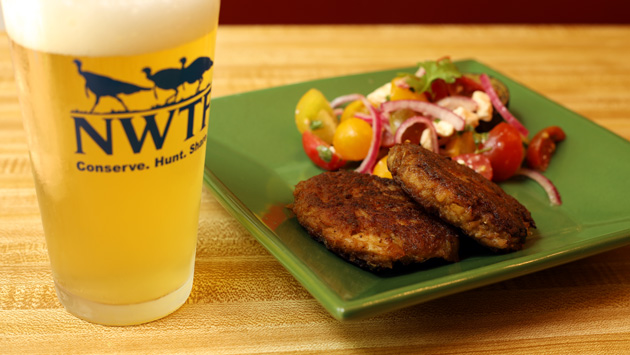 Your Bird, Your Taste

However, in a world where conformity is often the norm, it’s worth noting that hunting is one realm where we still get to write the script. This is even more true when one considers the long hours and hardships endured along the way. Our harvests are deeply personal, and so are beverage choices. As the old Latin proverb goes, “De gustibus non est disputandum.” There is no disputing about matters of taste.

At the end of the day, your beverage choice has to make you happy. It works if it does, and fails if it doesn’t. Some folks may simply be red or white wine — or beer or bourbon — drinkers regardless of what’s on the menu. Others of course may choose not to indulge at all beyond a sweet tea or some lemonade. This is as it should be. After all, it’s all about what honors your bird and your palate.