Through the years, I’ve found that some gobblers respond better to one type of call than another. Maybe you have, too. Different mouth and friction calls vary in rasp, tone and volume, and that’s why most hunters have several types of calls in their vests.

I don’t know if diaphragms are the most popular calls nowadays, but I’d bet they’re right up there. Some hunters use them almost exclusively. Diaphragms don’t weigh anything, and you can carry a dozen in your camo shirt pocket. Depending on the number and thickness of the latex reeds and the type of cuts, some are throaty and raspy, but others are higher pitched. 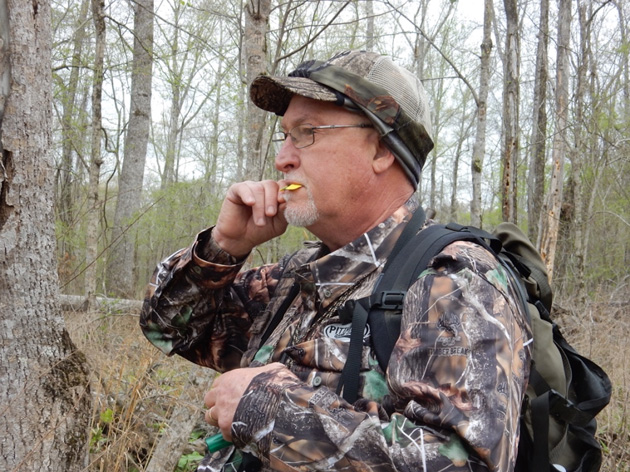 Some hunters don’t realize that most mouth calls can be flipped and used effectively upside down. But why would you do that? To sound like two turkeys with one hands-free call.

“I doubt if very many hunters flip their calls routinely, but it can be done,” said Mississippi’s Preston Pittman, of Pittman’s Game Calls. “Use them right-side up, and the sound will be what the maker designed them for. Turn them over, and they’ll have more clarity.”

Pittman has made thousands of diaphragm calls, and he’s constantly experimenting with new designs. Because there are so many versions, he recommends that hunters test mouth calls to find ones that sound best to them when they’re turned over. 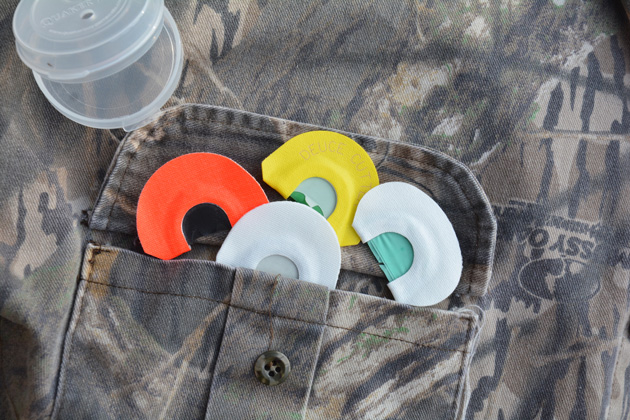 “That way, they’ll know what to expect when they try to sound like two hens with the same call,” he said.

I first got the idea to flip a diaphragm years ago while calling to a pesky Rio Grande in the foothills of northern California. He came down a hillside when he heard my box-call yelps only to hang up on the far side of a narrow, brushy draw. He continued to gobble once in a while, but he wanted the hen he thought I was to come to him.

Attempting to turn the tables, I scratched in leaves, purred and clucked, and sent subtle yelps his way with a right-side-up diaphragm. When he still didn’t cooperate, I had one of my rare bright ideas. By turning the diaphragm over, I determined that I could sound like two hens rather than one.

I called normally with the call right side up and then turned my head away and called softly with it upside down. In effect, I tried to create a scenario in which two comely hens were feeding slowly away from the tom. The ruse worked, and the then-anxious gobbler came into view less than a minute later. That was good for me but not so good for him. 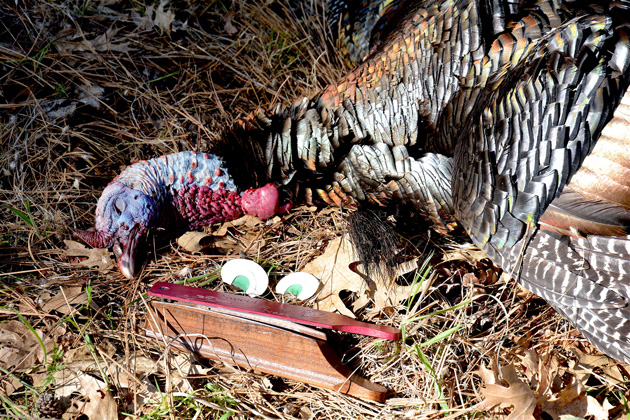 Today, I occasionally use the diaphragm flip as another option in my turkey calling bag of tricks. When a stubborn bird needs more coaxing and nothing else seems to work, it’s worth a try. Turkey calling strategies are not etched in stone. Sometimes, a nontypical approach works, and sometimes it doesn’t. It’s part of the up-close-and-personal game we play with the ever-challenging big game of birds.