I was having real trouble conveying my love of turkey hunting to my buddy, Josh Kline. I tried explaining my turkey hunting “addiction” and the hours I’ve spent afield trying to understand turkey behavior, habits, sounds and mannerisms. I also brought up the adrenaline rush I get when a big tom cuts loose with a gobble at first light and when that same bird is locked up and strutting towards me.

“You’re going to find out very soon,” I promised him. “Very soon, and then you’ll have your own turkey addiction to deal with!”

Josh is an offensive lineman in the NFL, and he’s a damn good one with a Super Bowl ring to prove it. He’s also a humble guy, and we talk about hunting, family and various other life subjects. 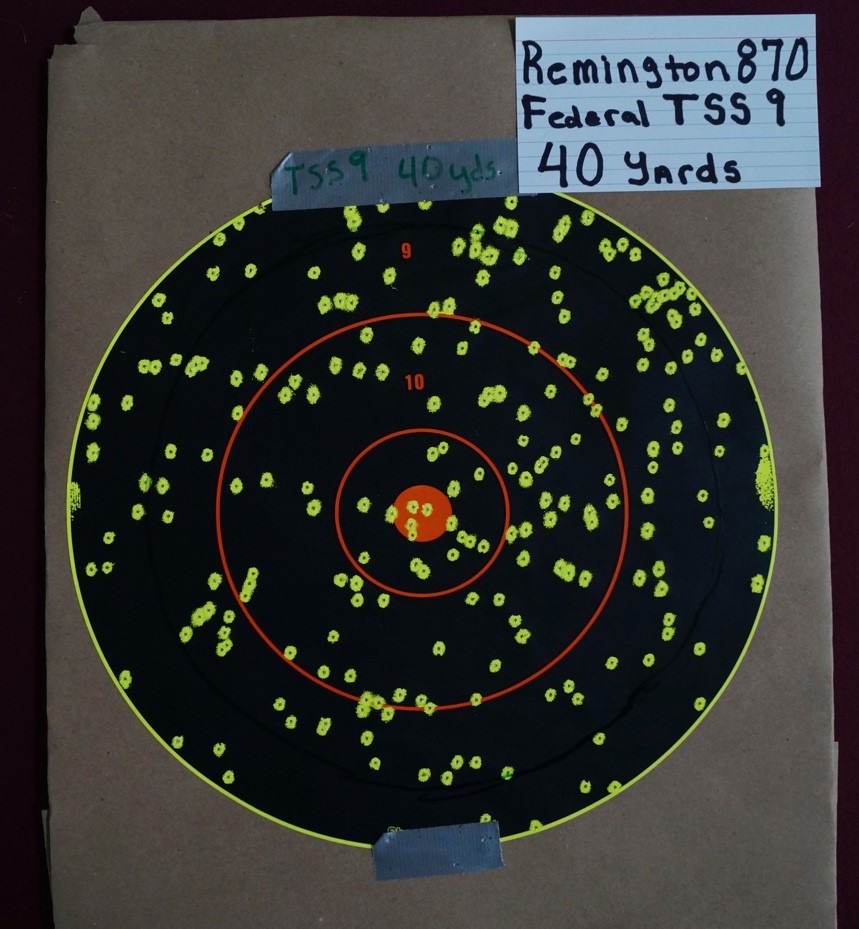 Josh was all in for a spring turkey hunt in my home state of Texas. The day before our hunt, we went to the shooting range and Josh hammered two Shoot–And-See turkey targets at both 20 and 40 yards. I was satisfied with his accuracy and the way the Federal Heavyweight TSS #9 and Trulock choke combo performed, especially at 40 yards and even at 60 yards.

The next morning, near Pearsall, Texas, I parked my truck about a half mile from the tank and walked down a Sendero under the cover of darkness. When we were about 50 yards from our spot, a bird fired off to our left.

We knew he was close; so close, we might get busted. I eased the decoys out of my pack and got them ready. Josh got situated in the small brush blind I built a day prior.

I froze in my tracks. A mere 80 yards away, I could see our boy roosted in a dead mesquite tree with another bird. He gobbled again. I crept very slowly back to our brush blind and whispered to Josh, “We may be busted. I don’t know if he saw me put the decoys out or not. But we’re gonna find out quick.”

We sat motionless and quiet for the next 20 minutes listening to 10 or more gobbles. Josh was frozen and locked on the sounds of the Rio Grande symphony – turkeys, green jays, scrub jays, cardinals and we even had a Kiskadee making a racket nearby. I started to relax a little and then heard that sound of wind on wings and the thud of him touching the earth. Go time!

Sitting in a chair just behind Josh, I gave him a squeeze on the shoulder and told him to get his gun on the monopod and be ready.

I pulled my striker across the slate of the pot call and let out a string of soft purrs. I could hear the tom drumming and then caught the sight of his fan through the brush.

The head of a strutting long beard changed colors from white to blue. Two more steps and he was on the X.

He stopped and looked at the decoys, then looked at us. Some animals look at you. But, when your quarry looks at you at close range, he looks through you.

This is where it felt like time stopped, though it was only about 15 seconds before the tom stopped staring at us. He took one more step towards the decoys, no longer strutting, his neck extended, knowing something was up. “You on him?” I got a head nod, “Take him.”

Josh placed the red dot where the feathers meet the waddles. The bird never knew what hit him and the Federal TSS #9 did the job.

Josh was cool as the other side of the pillow but elated; I was on the verge of hyperventilating and shaking. I’m not ashamed to admit that I get excited when it comes to longbeards. 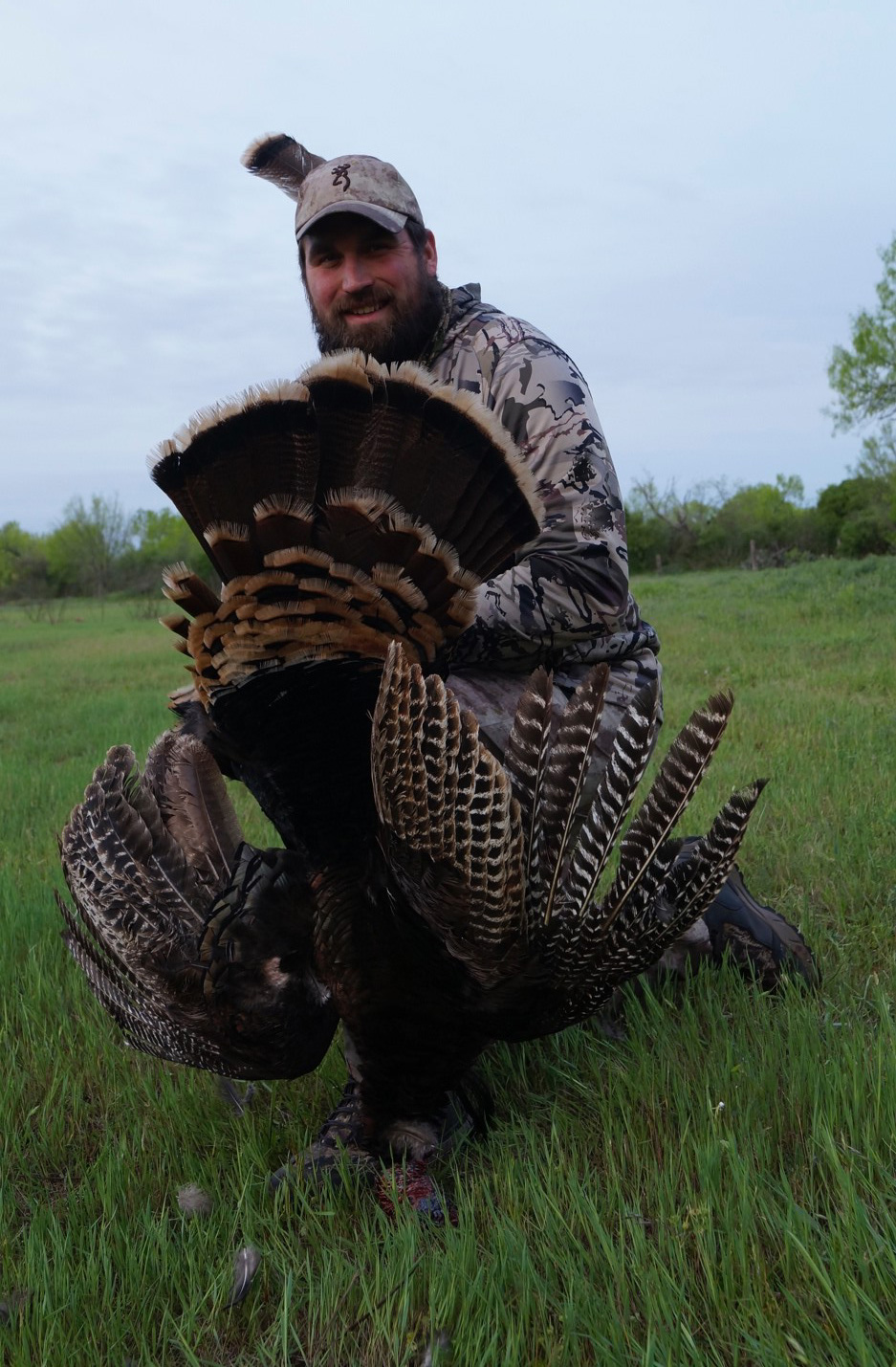 I love being a part of “firsts.” One might shoot hundreds of turkeys in a lifetime, but the hunter will always remember the first one. Josh’s first turkey hunt was textbook – I may have ruined him because not all hunts go as planned, but this one did, and I am grateful.

I asked Josh if he would go turkey hunting again and he said “Oh yes!”  The smile on his face said it all.  Welcome to the addiction!