With American hunter numbers gradually declining over the last 40 years, the NWTF and many outdoor organizations are entrenched in R3 initiatives (recruit, retain and reactivate hunters), not only to prolong our hunting heritage, but to conserve America’s wildlife and wildlife habitat. Outreach and education initiatives have historically focused on youth hunters, making licenses cheaper or free, restrictions lenient and quality hunting land more accessible. And, while there should, no doubt, be a large focus on youth hunters, another area of emphasis as of late for R3 initiatives is the locavore — a person whose diet consists principally of locally grown or produced food. 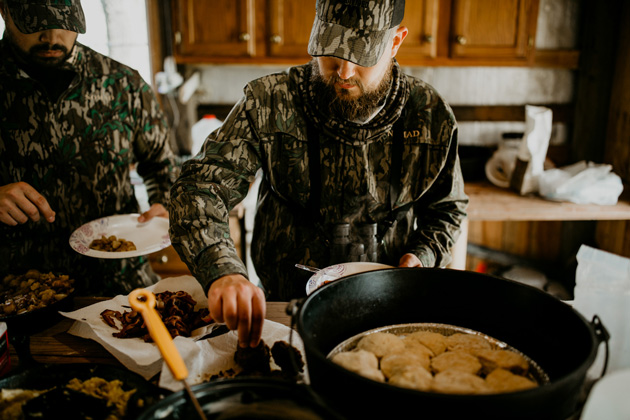 While locavores have existed since, well, the beginning of mankind, the term locavore is relatively new, and its popularity amongst adults has skyrocketed. Young and old, food-conscious adults, typically residing in urbanized areas, are fascinated with the idea of hunting their own organic, locally sourced meat. Therein lies the opportunity for the NWTF, or any organization concerned with R3, to recruit, retain and, potentially, reactivate hunters.

“The locavore is a new kind of emerging hunter — women and men who hunt as a way to provide healthy, clean, ethical meat for their family and friends,” said Mandy Harling, NWTF’s director of hunting heritage programs. “Some may ask, ‘Why food?’ Food is a common factor for all people, as everyone has to eat. Many NWTF chapters recruit these individuals at farmers markets or provide a wild game cooking demonstration, followed by an opportunity to learn about and try hunting. Many participants say they wouldn’t have known there was a hunter living inside them without these opportunities to try something new.” 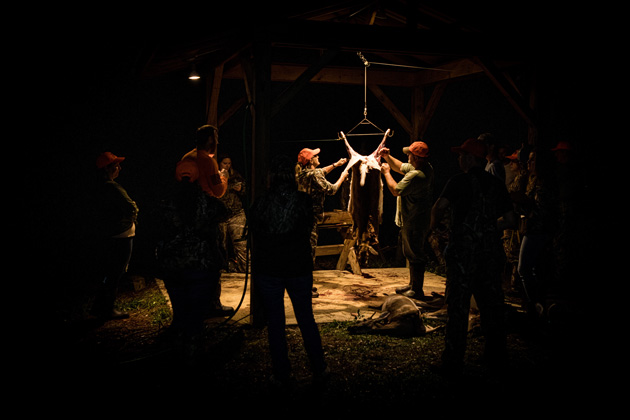 By offering hunter education and mentored hunts, the NWTF streamlines hunting access for (among various other groups) locavores, who will, in turn, directly contribute toward wildlife and habitat conservation via the North American Model of Wildlife Conservation.

A misconception toward R3 initiatives would be “we are focusing too much on food, and it is taking away from the hunt.” This sentiment is polarizing, as it does not seek to find a common ground between hunter and nonhunter. Most nonhunters are not going to say “sign me up” when they see a trophy deer mounted on the wall; however, they will more than likely give hunting a try when they see a quality picture of venison chops and redfish on the half shell.

“Far too many of today’s hunters are focused too much on antler score or spur length or on getting the biggest trophy,” said Michael Pendley, Realtree’s Timber to Table columnist. “They turn it into a competition rather than something fun. Hunting started out as a means of procuring food for the family. That is still its purest form. I like big antlers and long spurs as much as the next guy, but I like the camaraderie of deer camp, the excitement of the hunt and the freezer full of wild game way more.”

For Pendley, putting food on the table is at the forefront of reasons for nonhunters to pick up hunting. 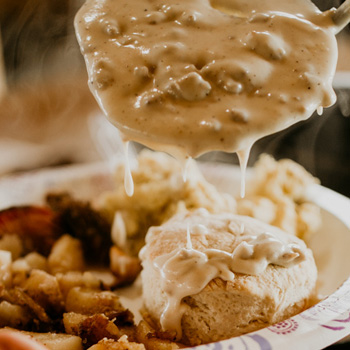 “Field to Fork programs have turned into one of the most effective recruitment tools hunting has ever seen,” Pendley said. “Studies show that as much as 80% of the population approves of hunting for food, so that is always my lead-in when talking to nonhunters.”

Organic, locally sourced meat is without question the strongest commonality between hunter and nonhunter, and using this connection is the hunting industry’s opportunity to recruit as many new hunters as possible.

Jerimiah Doughty, creator of From Field to Plate, does an incredible job introducing hunting to nonhunters with his “use-everything” ethics and food photography that would make even the most skeptical nonhunter water at the mouth.

“When I start talking to a skeptic about hunting, I don’t ever talk about racks or gear; I talk about locations and flavors of the region,” Doughty said. “When I create a dish, it is created with the animal and what it ate in mind. I remember harvesting an antelope that was eating wild sage. When we got into gutting and processing him, I discovered that. Nonhunters, specifically locavores, could care less about how long the shot was, but when you describe a flavor and a story, you’ve hooked them.”

Doughty has taken many anti-hunters, including vegans, hunting, and he demonstrated why and how he hunts.

“Most of them were very rude on the subject of hunting, until they realized I use hunting like they use a garden,” he said. “I go out and pick what I need; I leave the rest. I do it with respect for the animal, land and self.”

For veteran and novice hunters alike, eating the delicious rewards of hard work is what it is all about, and for others, the food is just a small part of the enjoyment. Regardless, food is the common ground between hunter and nonhunter. 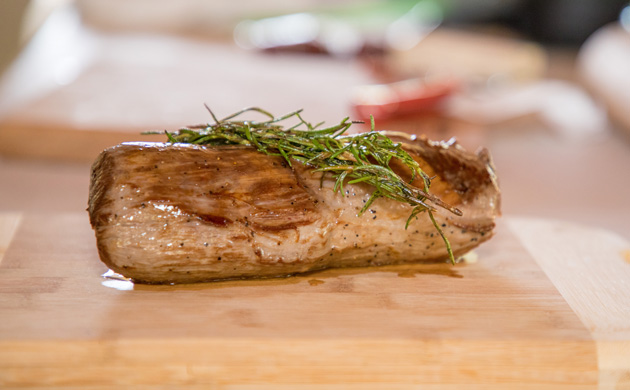 When the failed attempts, the moments of clarity, the harvest and the sound of back strap searing on the grill coalesce into that inexplicable “thing” that is hunting — this is the moment when locavores and others ascertain the full picture. Introducing our passion via organic, locally sourced food is how we make that possible.

We refer to it as “our hunting heritage” because that is exactly what it is, heritage –– something that can be passed down from generation to generation. What happens when we stop passing on our heritage? It ceases, of course. That is why taking the opportunity to introduce hunting to anyone that shows an interest is important, even if he or she does not fit the preconceived mold of what a hunter is supposed to be.