Gobblers that respond to calling but hang up out of range might be subordinate birds unwilling to risk an encounter with more dominant longbeards. Here’s how to deal with these frustrating turkeys.

This turkey hunting scenario, frustrating at best, is not unusual enough to be rare. It occurs when an apparently hot spring gobbler stops approaching and hangs up out of sight. He continues to gobble to your sweetest hen talk but won’t budge.

At some point, an experienced turkey hunter will consider the possible reasons for the gobbler’s behavior. It’s likely one of three things. The bird might be henned up and unwilling to leave his harem to look for you, or perhaps he’s insisting that the “hen” come to him. Finally, he might be a subordinate gobbler that desires female company but isn’t anxious to cross paths with other neighborhood longbeards higher than him in the pecking order. 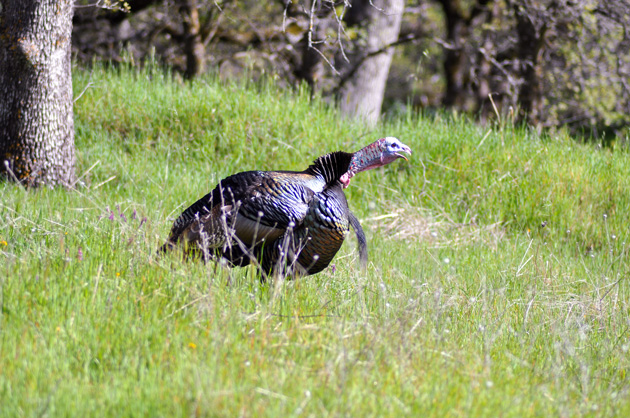 The latter scenario makes sense, because finding their place in the so-called pecking order is a continuing process for hens and gobblers. It can flare up any time but is more notable as spring breeding season approaches and winter flocks start to disperse into smaller groups. And physical confrontations produce winners and losers.

An incident from this past spring in California brought the loser scenario to the forefront. One crisp morning, I set up in a blind at the edge of a familiar wet meadow where I knew plenty of turkeys started their day after flydown. I was scouting before opening day, so I carried a binocular instead of a shotgun.

I couldn’t resist calling a little with a mouth call (you have to practice somewhere, after all). That prompted an immediate response from a throaty gobbler obviously searching for hens. Gobbling repeatedly, he closed the distance until he was almost within range but then unexpectedly hung up just out of view.

A few minutes later, I watched two more gobblers cross the meadow and go to the hung-up tom. Evidently, he fled immediately without a fight. I heard him gobble sporadically in the distance as he retreated. Soon, the other gobblers went back the way they came.

The problem is similar whether a hung-up but vocal gobbler is henned up or subordinate. Trying to change his demeanor and talk him all the way to your setup can be frustrating. However, you can try several ploys that might work. Incidentally, “might” is the critical word, because there are no silver bullets in turkey hunting.

Some time ago, a friend and I were dealing with a hung-up gobbler we were sure had no hens. After calling to him repeatedly, the bird refused to budge, so I decided to give the turkey something to think about. Telling my buddy to sit tight, I walked away, yelping and clucking softly as I went, as if I were a contented hen leaving the area. I’d made that type of move in the past with some success, and it worked again. The gobbler started to follow, and he came too close to my companion for his own good. 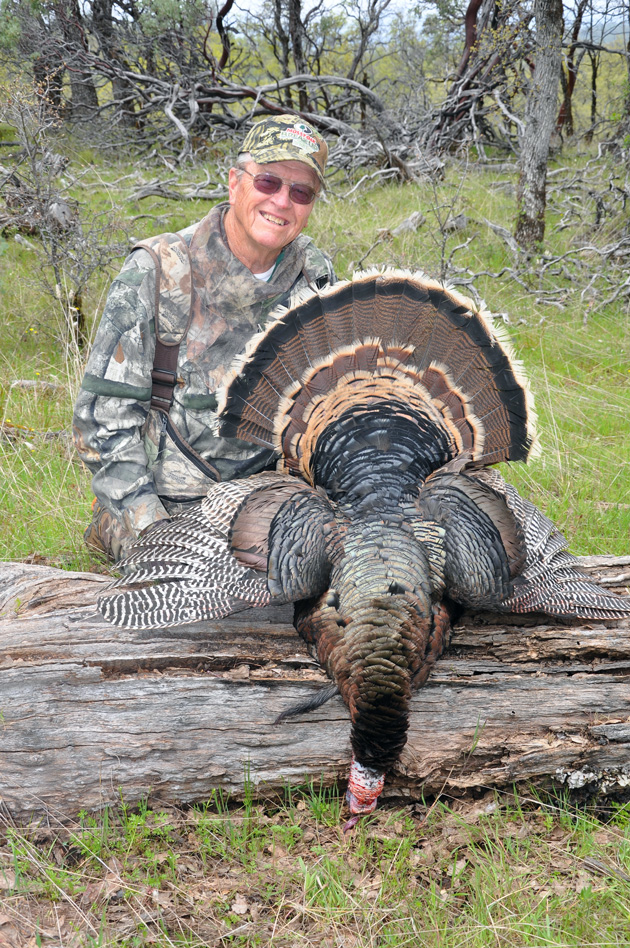 Another approach to the problem — something I do often — is to back off and leave a gobbler that keeps his distance. However, I don’t give up on him entirely. Maybe later that day or early the next morning, I’ll be back to try again. You never know when a problem gobbler will have a change of attitude and search for the hen he thinks you are.

The key is to be out there waiting when he does.