Sometimes, changing calls can break a stalemate with a gobbler that responds lustily but refuses to budge.

All serious turkey hunters experience this situation: A gobbler seems willing at first — he gobbles at every hen call you make — but refuses to show when it counts. He continues to gobble, but darn it, he won’t come to the hen he thinks you are.

Obviously, there’s a problem communicating your come-hither desires, and there are reasons for the turkey’s frustrating behavior. He might be following a hen and wants you to join the parade. Perhaps he’s used to gobbling a few times and meeting hens in his so-called strut zone. Or maybe he’s been conditioned to not show himself because of a past encounter with human predators, such as a hunter who suddenly sprinted toward him after his feathered buddy was bowled over by a load of No. 5 shot from a 12-gauge. The turkey is still lusty, but female company must come to him and not the other way around. 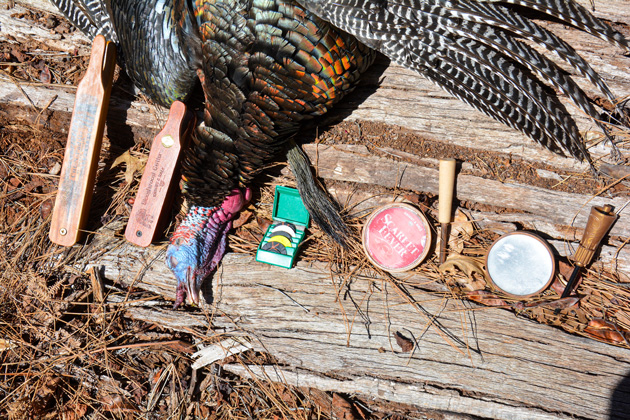 Often, I’ll use a switch-up on such turkeys, changing from the call that first attracted the gobbler’s interest to one with a different pitch. In effect, I become a different hen. That bogus hen, for whatever reason, might be irresistible enough to change his demeanor from, “Come here, baby,” to, “Wait for me.” If a gobbler is coming to whatever call I’m using, I see no reason to change in mid-stream. However, if he gets hung up and still seems interested, it might be time to toss him a curve.

Here’s an example of a switch-up from a northern California hunt this past spring. It occurred on a private ranch consisting of pastures and timber. In addition to livestock, the property holds a fair population of Rio Grande turkeys.

It was after sunrise when I got a box-call response from an anxious gobbler that was out of sight about 200 yards from my setup at the edge of a thicket of small pine trees. The bird, obviously excited by my plain hen yelps, stayed put. There wasn’t a fence or other barrier between us, but for unknown reasons, he simply wouldn’t come to me.

I called with the box several times, but the gobbler held his ground. By then, I was tempted to do something drastic. Briefly, I considered challenging him with a gobble call, thinking he might come in to challenge an intruder. I thought better of it, however. It was two weeks after the spring breakup, and I figured most pecking-order disputes had been settled. Instead, I got out my container of mouth calls and selected a favorite slightly raspy triple-reed diaphragm.

I yelped again with the box call and then put it aside for what seemed like several hour-long minutes. When I couldn’t stand the silence anymore, I sent out a string of yelps with the mouth call. Wow. The longbeard double-gobbled back with gusto. After one more series of yelps and another burst of gobbles, I realized he was weaving through the trees and brush on his way to me. I yelped one last time and pointed my shotgun in his direction. When he was within 20 yards, I stopped his forward progress forever. 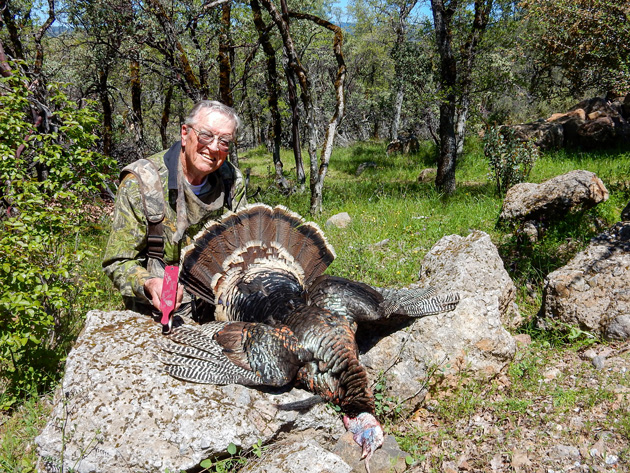 Here’s a simple question I often ask after a switch-up works. Why? Maybe the gobbler had decided to come anyway. Or perhaps the replacement call sounded like a hen with which he was already familiar.

I don’t know for sure why the switch-up works on occasion, but I’m convinced that giving a stuck-in-place gobbler a different sound to react to is always worth a try.