For many of us, spending time outdoors is therapeutic. Whether waiting on a whitetail or calling in a spring gobbler, half of the fun is just being outdoors. But what is lurking in the grass and woods where we hunt can be something straight out of a nightmare, and it is creating what the Entomological Society of America is calling a “perfect storm.”

While the benefits of spending time outdoors is not in question, the sharp rise of tick-borne illnesses and diseases is something everyone should be aware of and take precautions for every time they go outdoors. While the little arachnids are creepy enough themselves, the diseases ticks can transmit are more frightening and can lead to lifelong health problems — not to mention they can be fatal.

The rise in incidents of infection has been occurring for the past decade and without prevention and intervention, it doesn’t look to slow down. While many associate Lyme disease with a tick bite, Lyme is not the only disease ticks can transmit to humans. There are many diseases and illnesses tick bites can set into motion, including Babesiosis, Anaplasmosis, Alpha Gal (red meat allergy), Bartonellosis (Cat Scratch Fever), Rocky Mountain spotted fever and Powassan Virus, according to the Center for Disease Control’s website. You can also get multiple diseases from one tick bite. (See sidebar for symptoms.)

The number of reported cases of Lyme disease has tripled according to the CDC. Reasons for the increase may include the uncontrolled number of ticks roaming the great outdoors as well as the expanded range of ticks that can transmit Lyme disease. Data suggests the number of high-risk tick areas in the Northeastern and upper Midwestern U.S. has increased by more than 300 percent.

The ESA released this position statement on tick-borne illnesses in 2015, applicable until July 2019: “The recent confluence of environmental, ecological, sociological and human demographic factors has created a near “perfect storm” leading to more ticks in more places throughout North America. Research and outreach efforts should be aimed at relieving the escalating health and economic burdens caused by tick parasitism and TBD (tick borne diseases) in North America.”

TICKS AND THEIR VICTIMS

Brenda Valentine, an NWTF national spokesperson known as the First Lady of Hunting, is certainly no stranger to the outdoors; unfortunately, neither is she a stranger to the diseases ticks can carry, as she was diagnosed last year with a third tick-borne disease.

In our November/December 2018 issue of Turkey Country, Valentine relayed how fever, fatigue, headache and dehydration landed her in the hospital. Eventually, Valentine was diagnosed with Rocky Mountain spotted fever even though she did not have the typical bull’s-eye rash normally associated with RMSF. As is the case with many tick-borne illnesses, Valentine’s symptoms mimicked many diseases, but her experience from having ehrlichiosis years before, she knew the similarities she was experiencing and spoke with her doctor about her outdoor lifestyle. A blood test finally confirmed her case of RMSF, without the telltale red spots.

RMSF is not a new disease, first diagnosed in the late 1800s. Known for its marked red bull’s-eye rash, symptoms also include flu-like symptoms, such as a spiking fever, joint pain and swollen lymph nodes. Complications can be as mild as additional rashes but can also be severe and last a lifetime.

“Having now had three tick-borne diseases, I follow tick reports and developments closely,” Valentine said. “What is really getting my attention are the number of new tick species that have seemingly come from nowhere and are bringing with them new illnesses.” 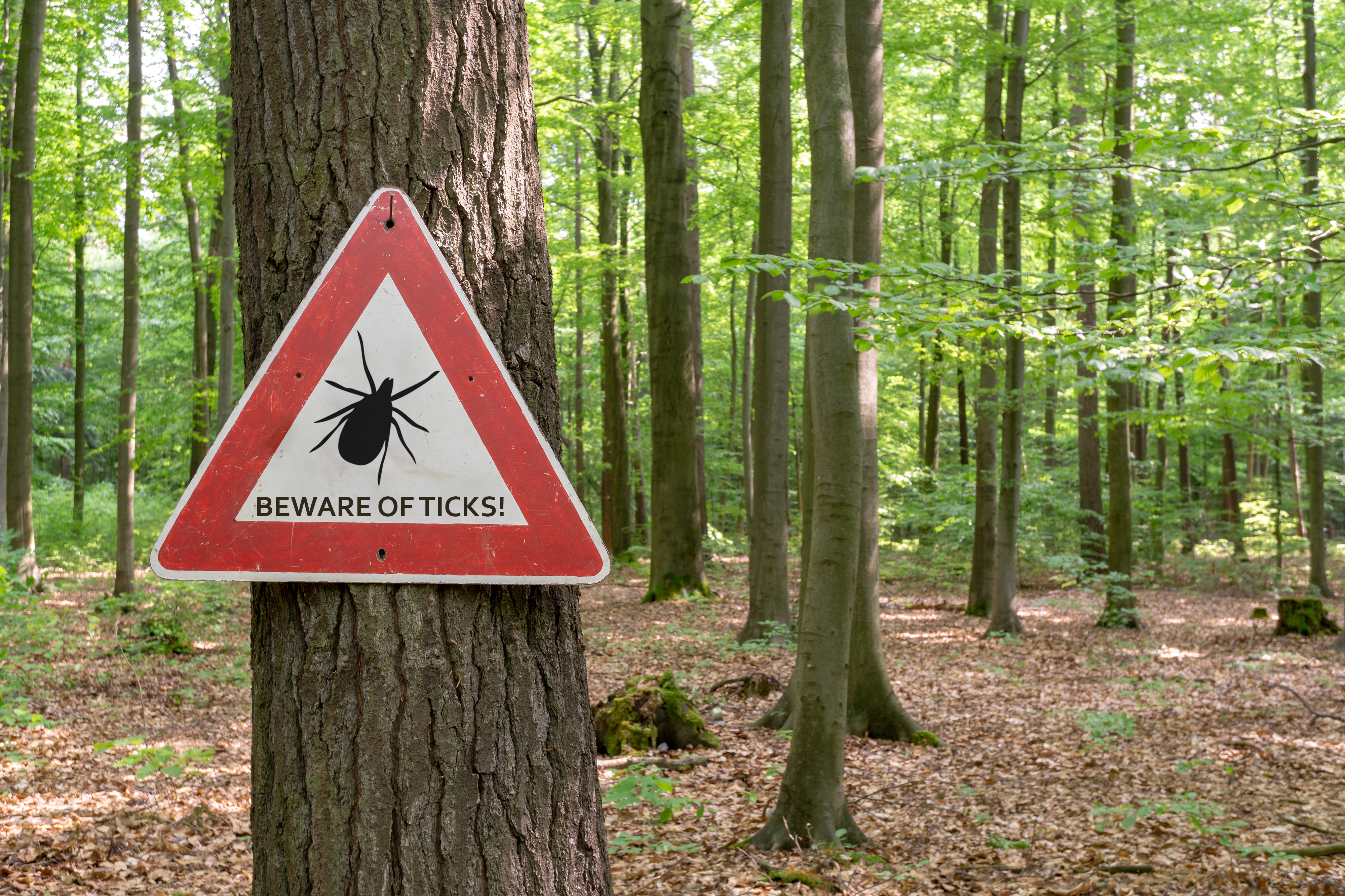 While many in the hunting industry have had personal experience with ticks and the diseases they carry, the most diagnosed is Lyme disease. Babe Winkelman, avid outdoorsman and television personality, has had Lyme disease three times and both his daughters have had it. To make matters worse, medical professionals misdiagnosed one of his daughters the first time she caught the disease, which delayed the initial treatment. Ticks and the diseases they can carry have made such an impact on Winkelman’s life, he’s dedicated a good portion of his time to learning all he can and is now passing that knowledge on to everyone in the form of the tick-borne illness information center on his website, winkelman.com.

“Since we’ve learned what to do to protect ourselves (as an outdoor family), we haven’t even had a tick on us,” Winkelman said. “But we’re vigilant about it.”

Winkleman also notes, “You can get Lyme disease in any city in America.” Learning how to protect yourself and your family is vitally important. Whether you are a hunter or just enjoy time outdoors, learn how to prevent tick bites. Learn how to use the products properly and use them with vigilance, no matter your age, Winkleman advises.

“We’ve got to get the children indoctrinated as to how and why [tick prevention is important],” he said. “Mom and dad have to lead this venture.”

The easiest way to prevent tick-borne illnesses is to first stop the tick from biting you. To keep ticks at bay, the CDC recommends using repellents containing DEET, picaridin, oil of lemon eucalyptus or several other repellents that can suit various needs. They also recommend using products that contain permethrin to treat clothing and gear such as boots, pants, etc.

Winkleman agrees. Pemethrin is not for use directly on skin so it should be applied to clothing and gear. If you treat fabric with permethrin, you start by turning your clothes inside-out and spray your socks, pants and shirt, as well as any gear. Let it all dry and then turn them right side out and spray again. Let clothing and gear thoroughly dry before wearing. If a tick walks across permethrin-treated fabric, it will not bite you and, within just a few minutes, the tick will fall off and die, Winkelman said.

But that is only step one.

Winkleman also recommends spraying any ground blinds prior to your hunt and using picaridin lotion directly on skin as another layer of defense.

“Done properly, with both products, you can sit in a nest of ticks and not get bit,” Winkelman said.

If your prevention methods still result in a tick finding its way onto your skin and attaching itself, Winkleman said to be careful with removal. He suggests using needle nose tweezers to grasp the tick as close to the skin as possible and pulling up with steady pressure, preventing the tick’s mouth parts from breaking off while still in the skin. After removal, most people kill the tick and go about their daily routine. However, Winkleman suggests saving the tick in case you get sick later. It will make identification of the tick much easier.

Protecting yourself and your family is critically important, but don’t forgot about your cats and dogs. Not only can ticks make them sick as well, but Fido just might be the transportation a tick needs to gain access to your home.