State hopping for spring turkeys has become more popular than ever, as die-hard gobbler geeks try to add places and experiences to their resumes.

But when fall arrives, that buzz seems to wane in favor of deer and duck seasons, and far fewer folks hit the road for autumn turkeys. That’s almost a shame, as many states offer outstanding fall hunting opportunities, and visiting those areas might produce bucket-list-caliber adventures. If you’re intrigued by the idea of a multi-state autumn turkey adventure, here are some thoughts about the best destinations, courtesy of several veteran fall hunters.

Jeff Budz, of Florida, who has taken a record 106 Grand Slams and a U.S. Super Slam, is no stranger to spring travel, and he also makes several fall forays every season.

“I do four states, because that’s my standard,” he said. “It starts with Florida, obviously. I always hunt fall birds here.”

The state is divided into four fall turkey zones, the southernmost of which has an early opener (Aug. 1 in 2021) for archery and crossbow hunting. As an outfitter, Budz keeps track of turkey patterns throughout the year on his home ground, giving him a great advantage when hunting starts.

“No matter what, if you’re going to be successful, you have to pattern birds,” he said. “If I see a bird once during a certain time of day and then I see him a second time and maybe a third, I’m deciding where I’m taking a picture.”

“I always hunt Illinois, just because I’m there at Christmas, and the birds are definitely flocked up when it’s cold in December,” he said.

Some years, Budz also makes a Western swing, and his favorite states are Kansas and Nebraska.

“If it’s cold in Nebraska, they can really be stacked up on the feed yards,” he said. 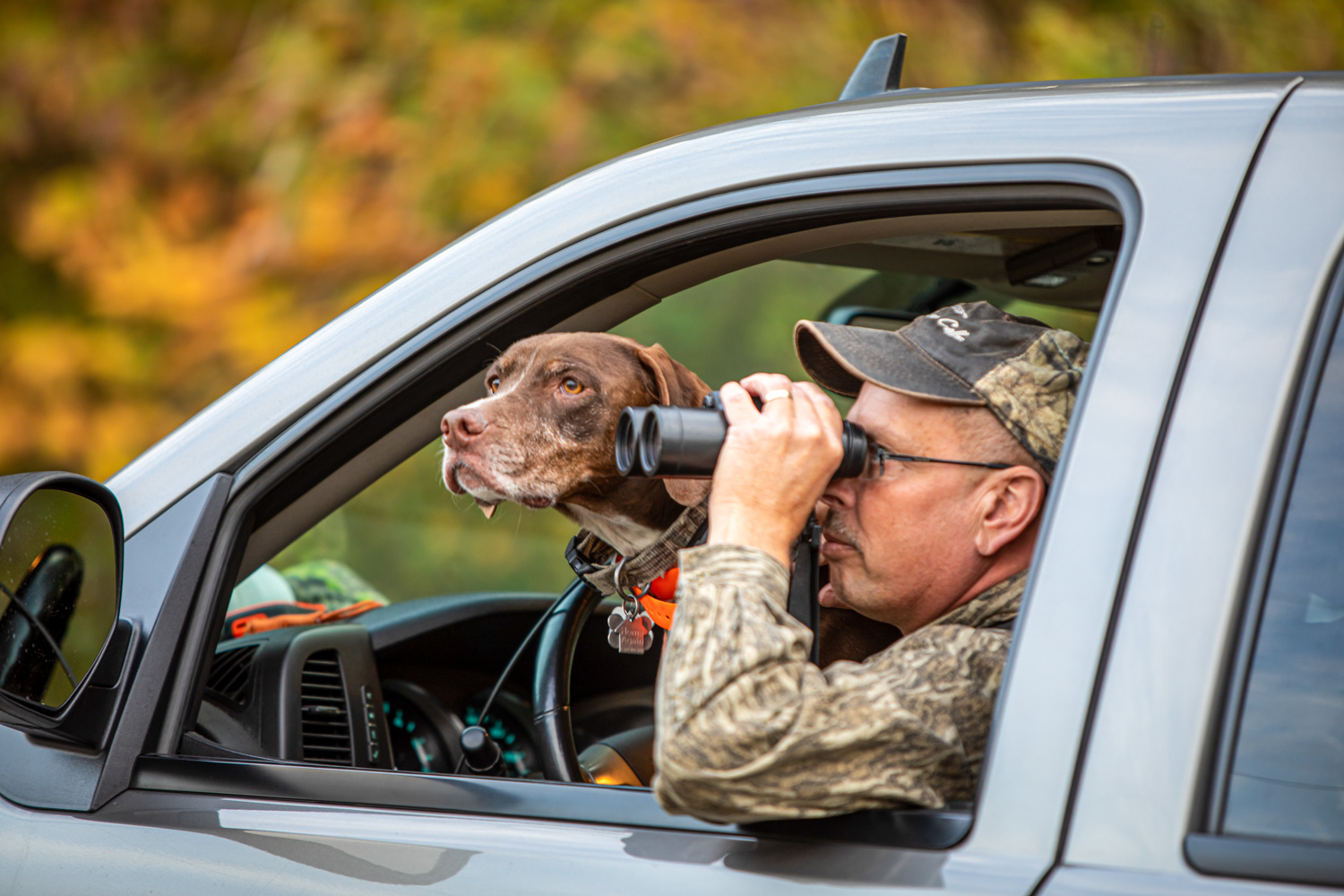 “Anticipation for fall turkey hunts clicks on like a dusty old furnace as my spring gobbler seasons wind down,” he said. “My target wheelhouse states are Maine (my home base), New Hampshire, Vermont, New York and Pennsylvania (my native state). All are road trips, east to west, strategically based around open seasons. Maine’s opens in late September. That first taste is always special. October holds New Hampshire, Vermont and New York shotgun season dates. And perfectly placed, Pennsylvania’s runs into early November.”

Although some parts of New England have reputations for heavy hunting pressure, Hickoff said he doesn’t have difficulty finding room to roam. For example, Pennsylvania has almost 1.5 million acres of state game lands.

“While roughly 94 percent of Maine’s forested land is private, access is often granted legally or with permission,” he said. “New Hampshire, Vermont and New York all have good wildlife management areas. Vermont’s Green Mountains are a favorite, running 250 miles north to south. Ridges there remind me of north-central Pennsylvania’s, where I grew up and first turkey hunted. All five states permit fall turkey hunting with a dog, and I’ve been fortunate to run my turkey-crazed setters on autumn flocks in all five over the many years.”

“Ohio, my home state is my favorite fall turkey destination,” he said. “We have a lengthy season, and I have lots of private property to hunt, along with several public lands close to home. It’s easy for me to scout and keep track of the flocks that occupy these properties.”

Berry lists Pennsylvania as his second favorite spot. As Hickoff mentioned, the state has vast areas of land open to public hunting.

“They have lots of turkeys, and in fall, I spend most of my time hunting those game lands,” he said. “I’ve yet to hunt a game land that didn’t hold turkeys in one form or another. The state is broke up into different zones, and each of those zones has different season dates. Be careful as to which area you plan to hunt, keeping that in mind.”

West Virginia is another of Berry’s go-to states, mostly because of his familiarity with the area and access to good properties.

“There are several public hunting areas within an hour’s drive of our family camp,” he said. “We also have numerous private-land spots to hunt. I’ve been hunting this state for many years and know the food-source locations, though those sources will fluctuate from year to year. A quick trip through the woods will indicate as to whether they’re in the area. With the dogs, we’re able to cover a great deal of ground in a hurry. This is a huge advantage.”

Berry has also hunted Michigan and New York in fall and enjoys both.

“I have friends who live there and know their properties, and they have obtained permission to hunt,” he said. “They’ve done the scouting and have good starting points. Michigan has a fair amount of public land, (and it) requires a pre-drawn tag to hunt. However, if there are leftover tags, they’re available to purchase over the counter, one a day, until they run out.”

No matter where he hunts, Berry uses online mapping apps to become familiar with the terrain, property lines, potential hotspots and other considerations.

“Since I hunt with dogs, I look for areas of concern that might put one of my pups at risk, as well as areas that should and could hold turkeys,” he said. “The key to finding fall birds is food sources. I look for beech trees, pin oaks and white oaks, which are preferred fall foods. Check fields on rainy days, as turkeys frequently visit them chasing grasshoppers and other insects. Talk to locals, asking them if they know of any flocks in the area you plan to hunt. Social media is a great tool that puts you in contact with folks in different states.”

As of this writing, 42 states offer fall turkey seasons, some of which extend into winter. Why not take advantage of these often underused opportunities to enjoy America’s No. 1 game bird? As die-hard fall hunters might tell you, a little probably won’t be enough, and you might soon yearn to travel to new areas for more autumn thrills.