Every Turkey Hunter Needs This!

For years, we’ve used the Thermacell mosquito repeller whenever we’re hunting or fishing and the bugs are hungry. That usually means spring trout fishing season and, of course, spring gobbler season. Turkey hunters, in particular, have come to regard the Thermacell mosquito appliance as a must-have, since mosquitoes, gnats, and no-see-um come out in force during prime gobbling time. It’s hard to keep a big tom from pinning you down when mosquitoes are buzzing your face. 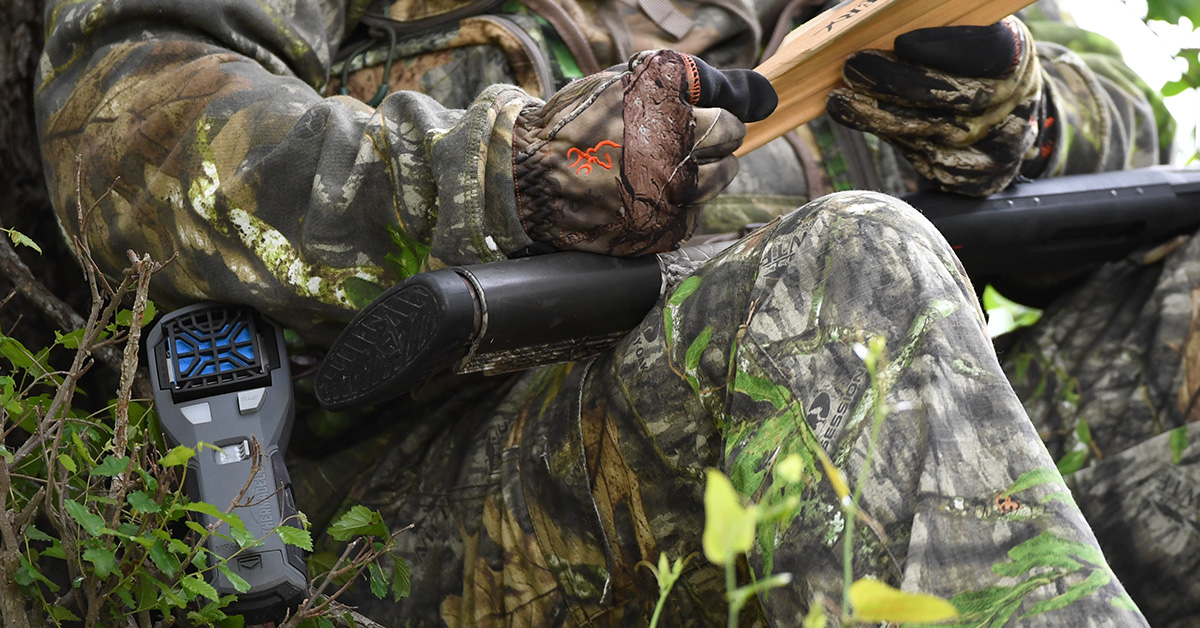 This year, Thermacell has introduced the next generation of its portable insect repeller platform. We just wrapped our initial field test of the new MR450 Repeller, and it got two thumbs up from everyone in camp.

In case this technology is new to you, let’s provide a short primer on what makes this product key to our outdoor enjoyment before we discuss the enhanced features of the new MR450. 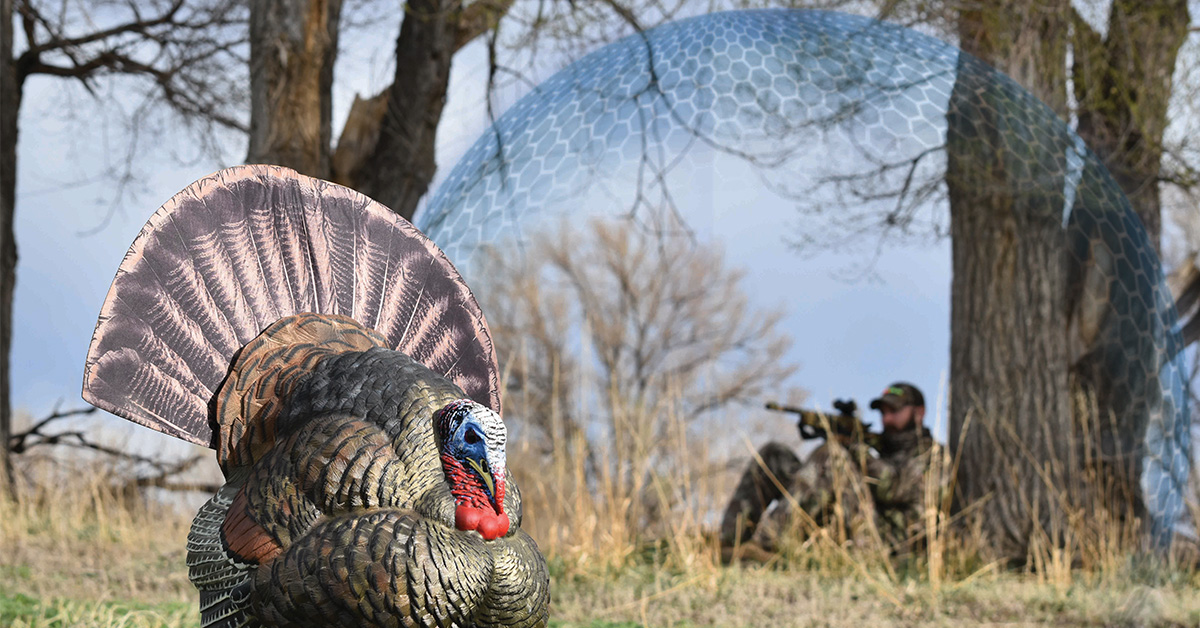 The Thermacell insect repellers create a roughly 15×15-foot dome of mosquito protection. The devices operate on a small heating element that warms a disposable mat infused with a synthetic copy of the natural repellent found in the Chrysanthemum flower. As the mat is warmed by the heating element (silent, with no open flame), the air surrounding you becomes infused with this insect-repelling chemical and effectively keeps the bugs away. Since the chemical is a copy of a natural substance, it’s not harmful or irritating, and it doesn’t spook game animals.

Aside from the fact that it flat-out works, we like the Thermacell units because we don’t have to slather ourselves with oily, slimy, and messy bug juice—most of which contain the chemical DEET, which is harmful to synthetics, such as many of the items we wear or use when hunting or fishing.

Most Thermacell devices (which includes the Repeller Lanterns and the new-for-2017 Backpacker Repeller) run on small butane cartridges that last about 12 hours. The insect repellent mats last around four hours each. 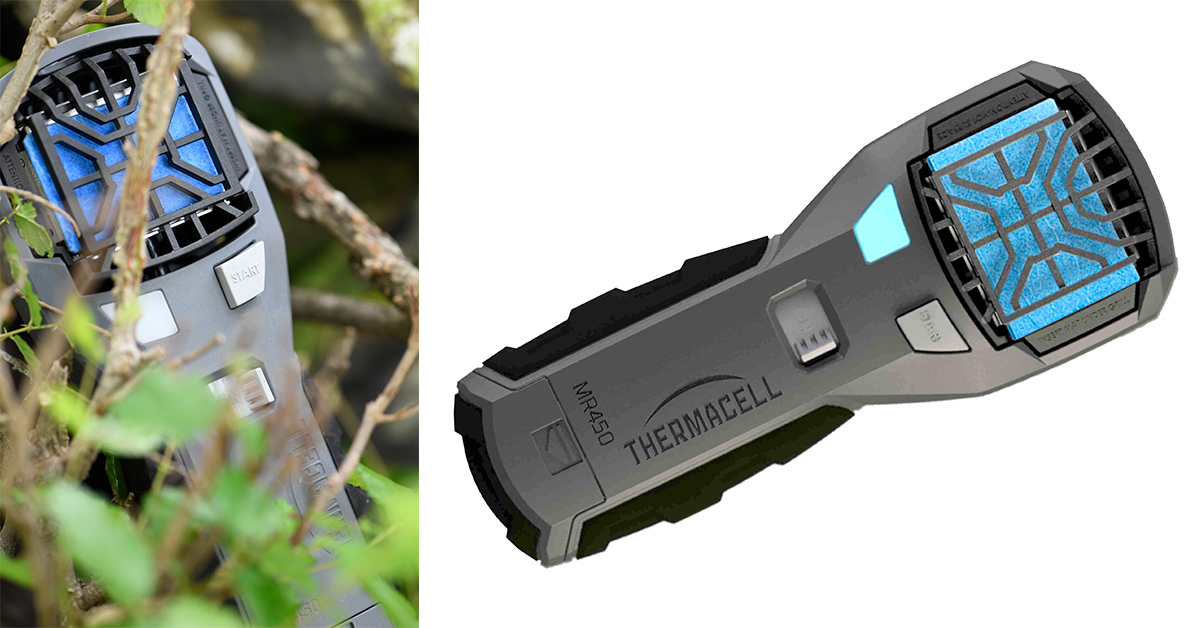 As mentioned, sportsmen have used and praised the Thermacell appliance for years, and we anticipate the applause only getting louder with the release of the new portable repeller. Designated the MR450, this unit has several features that have been added when compared to the venerable MR150, and the chassis has undergone a complete makeover.

The repeller’s traditional configuration is retained, but the profile is now sleeker, trimmer, and more ergonomic. One thing we especially like about the new design is the rubber armor. The previous version had a hard plastic chassis that tended to slide when laid on a slick surface and made noise when contacting a hard object. The revised model comes with a rubber armor on the shell that solves both of those issues, and makes it a lot easier to grip when you’re wearing gloves. 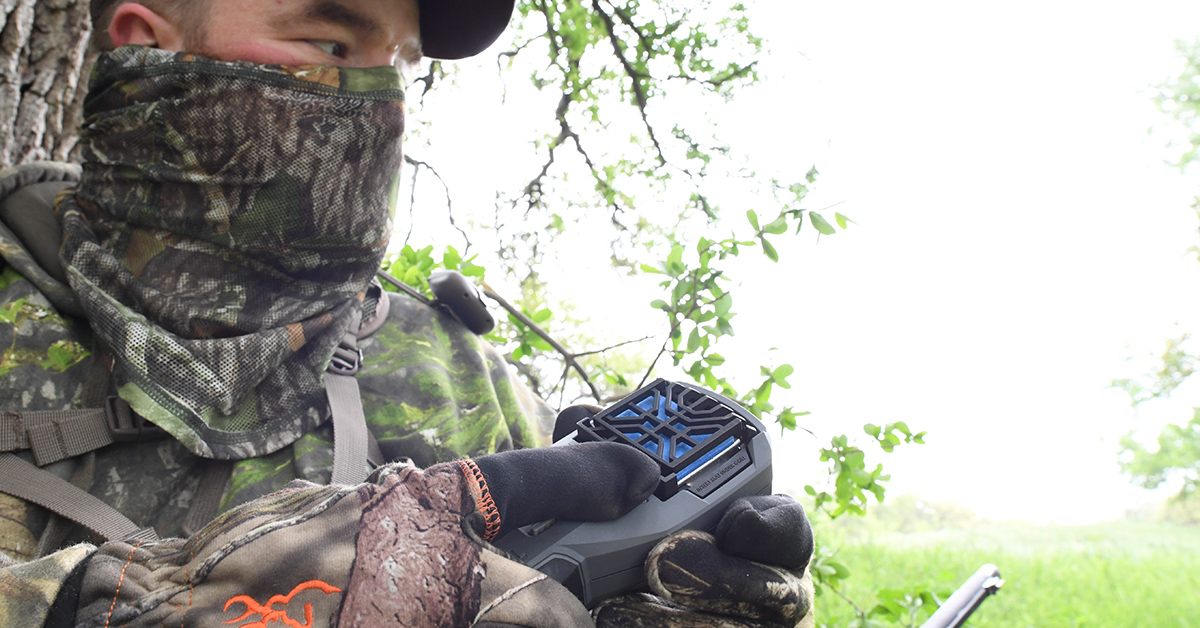 Another ergonomic upgrade is the silent on-off switch that replaces the large dial interface. It is not as obtrusive as the old knob, and it prevents the unit from turning on while being transported in your pack. Additionally, there is a new indicator light on the front that lets you know when the unit reaches optimal repellent-dispersing temperature. This light will also turn off when the fuel level begins to run low. With the old unit, you didn’t know if your fuel had run out unless it was close enough for you to hear or if the bugs started biting. We give accolades up for that innovation! Improved chemical dispersement comes by way of a redesigned grill.

Finally, the MR450 has an all-new accessory mounting system integrated into the back of the chassis. Use the included belt clip to secure the appliance to a pocket or belt.

Forging an entirely new category in the backpacking and camping segment is Thermacell’s all-new Backpacker Mosquito Repeller. This new repeller leverages the same heated repellent concept found in the handheld appliance, but does so without adding additional bulk or weight to the backcountry traveler’s load. 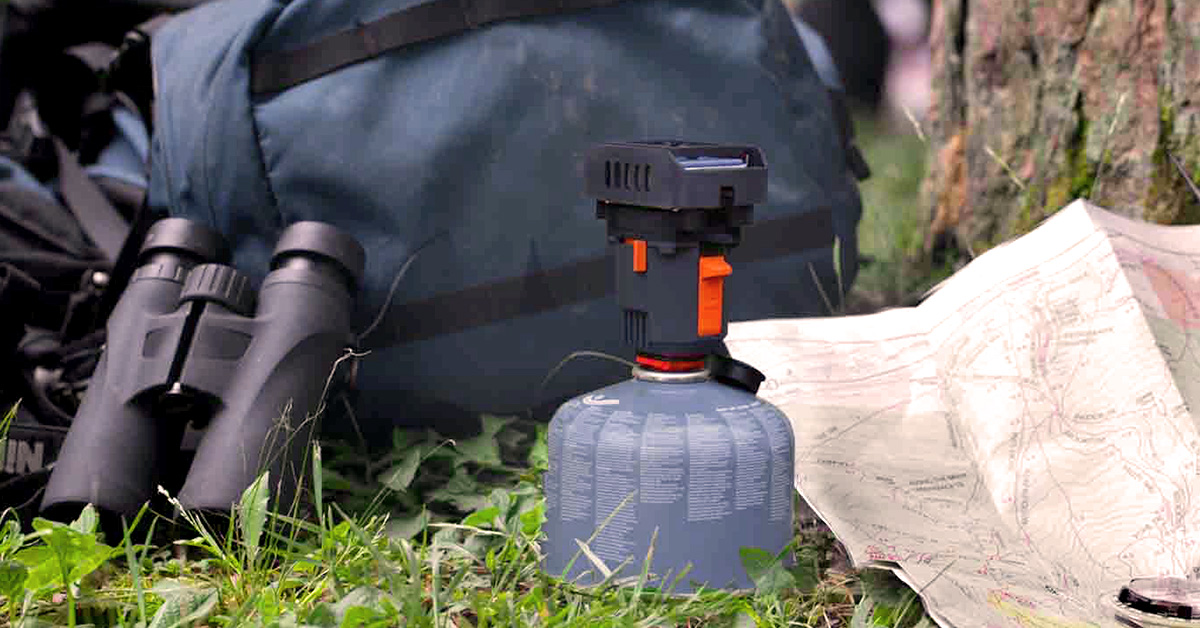 By eliminating the butane cartridge chassis and utilizing something every backpacker has with them—a butane/propane fuel canister used for cooking—the Backpacker Mosquito Repeller brings insect protection to the wilderness.

The unit uses the same repellent mats as the handheld appliance, but screws onto any camping gas canister. No need to carry separate fuel sources. The Backpacker Mosquito Repeller comes in its own water-resistant nylon storage pouch and weighs a mere 4.0 ounces. It’s also extremely fuel efficient, capable of running more than 90 hours on a small 4 oz. fuel canister. As with the MR450, the Backpacker unit delivers a 15×15-foot zone of protection against insects—good enough to cover any backpacker’s camp. 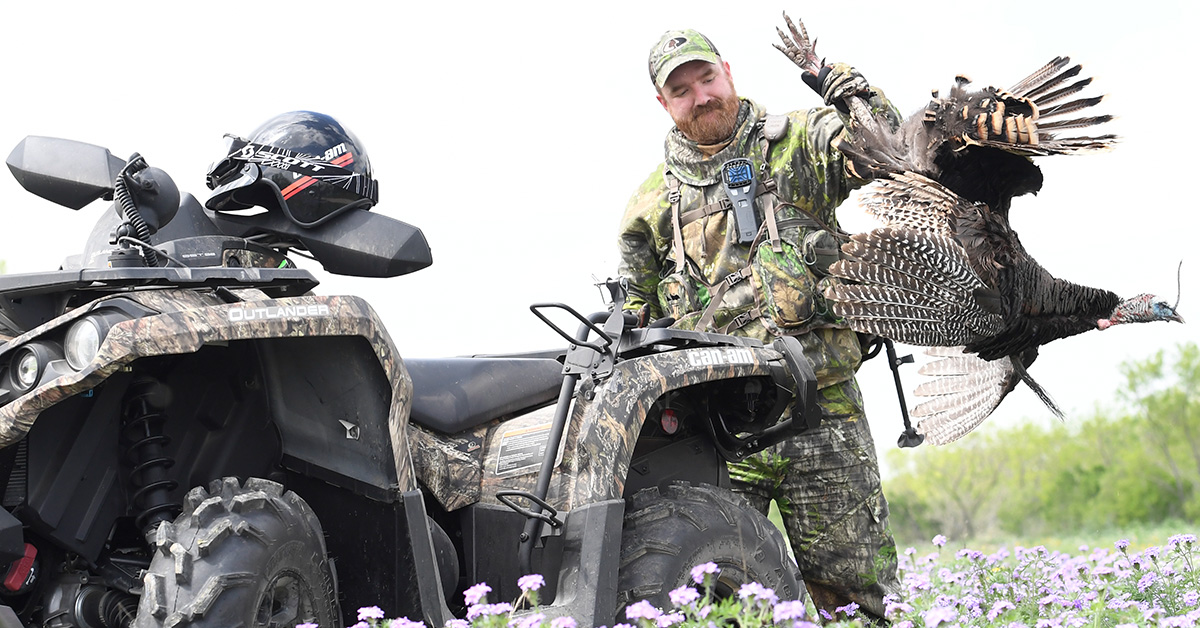 Mosquitos often won the day before we started carrying the Thermacell repeller. Now the new MR450 has earned its place in our turkey vests. Check it out. You won’t want to hit the gobbler woods without it.

Article Categories
Gear Up
On the Hunt
Latest Articles