Turkey Hunting in the Rain

I used to think trying to fill a spring turkey tag in the rain was a waste of time and nearly impossible. Then, after sitting in camps and hotel rooms waiting for storms to pass in the many places I’ve hunted turkeys, I came to realize that was the time waster. After all, tags can’t be filled while sitting indoors.

If looking to increase your hunting time and fill a turkey tag in the rain, here are three tips.

Early Season Rains
No matter where you target turkeys, early season hunts often find you in the rain. At this time the testosterone levels are high in toms, and they’re ready to breed. This means they’ll react to calls and decoys, even in the rain. 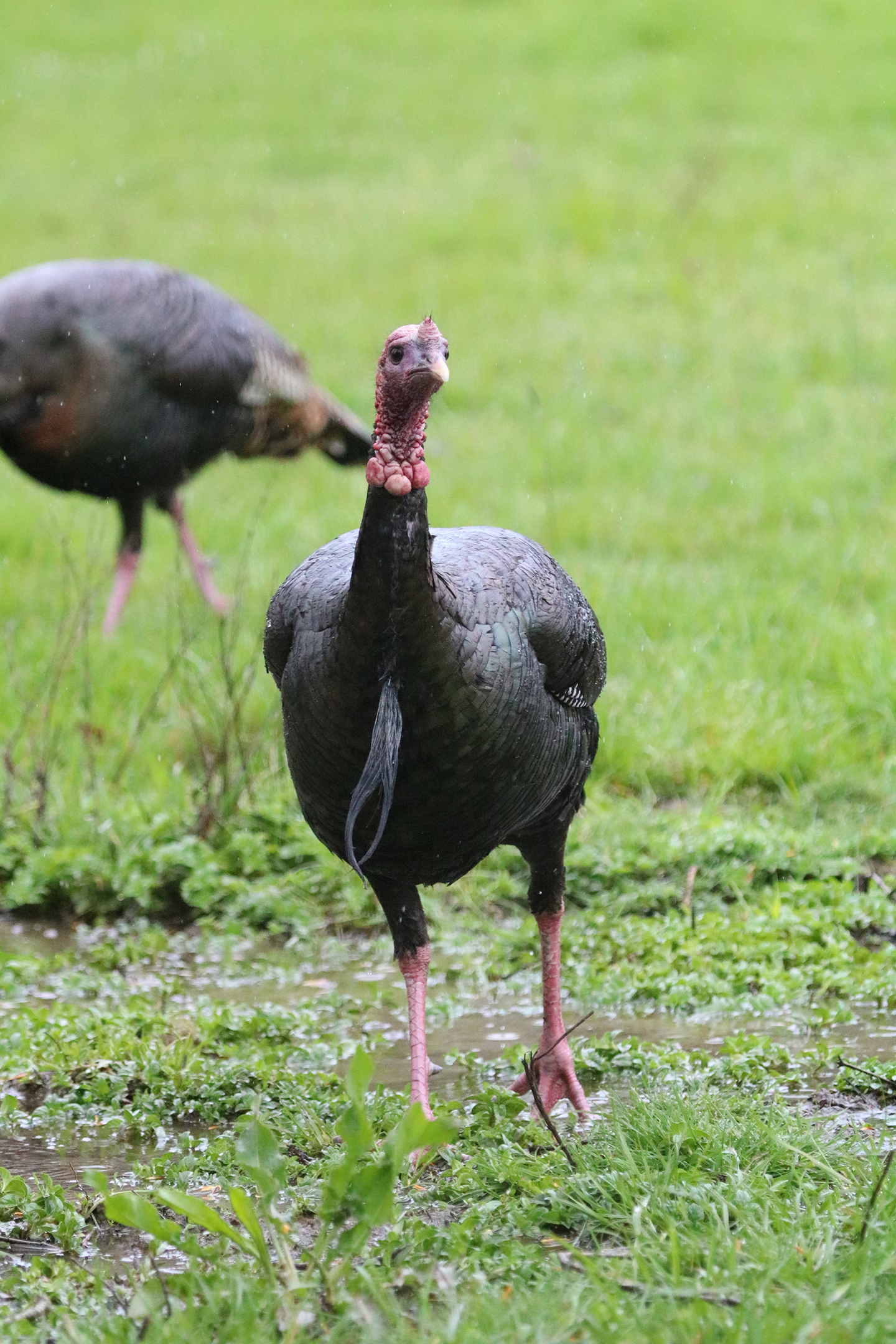 Because the grass in fields and meadows is short early in the hunting season, toms won’t be reluctant to cross them as they may be later in the season when tall grass is soaked, getting the birds wet and cold.

I’ve had my best success calling toms in the rain by working flat fields or setting up downhill from them. The downhill setup is key as it encourages toms to compete for the calling hen; it’s much easier and faster to run downhill than up.

Head For The Trees
In heavy rains, toms often leave open habitats and seek cover under trees. Not only does this keep them dry, it means they’re in a better state of mind to respond to calls, and they’re not drenched, which means there’s a greater chance of them coming in to a call.

If it’s raining hard and you can’t hear distant toms respond to your calls, glass the area in search of them, as you would if hunting deer. Look for groups of toms, even single toms under trees, then stalk within 100 yards before setting up to call. Be ready, these toms can come in fast and often, silent.

Hit The Breaks
On spring days when intermittent storms occur, move and call the second there’s a break in the rain. Even better is when the sun comes out. A splash of warm sunshine will get toms fired-up, strutting, gobbling and coming to calls in open areas.
Not always is spring turkey hunting done on warm, sunny days. Be prepared to hunt in the rain and tags can be filled with consistency.