Turkey Hunting Then vs Now

If you were born after the 1980’s, you might not know how good you have it as a turkey hunter. A lot has changed from those early days in the turkey woods, from the ammo, guns and gear, to turkey populations.

While no one is saying turkey hunting then was better than it is now or vice versa, it is important to note that times are different so we can fully appreciate today. Hunters of the past were navigating uncharted territory, sometimes doing everything wrong, but if it were not for them, turkey hunting would not be what it is today. There were no decoys, no specialized turkey loads, no life-like camo, turkey calls existed but nowhere near as prevalent and accessible as today, and, most of all, there were hardly any turkeys. Seeing a turkey in the 50’s, 60’s and 70’s was the equivalent to filling all your tags in a season today.

“In those days, to get a turkey you had to go deep into the forest,” said Jerry Waters, NWTF’s first chapter president. “Those days were fun. It was a challenge and a learning process, and so much of it you learned yourself.” 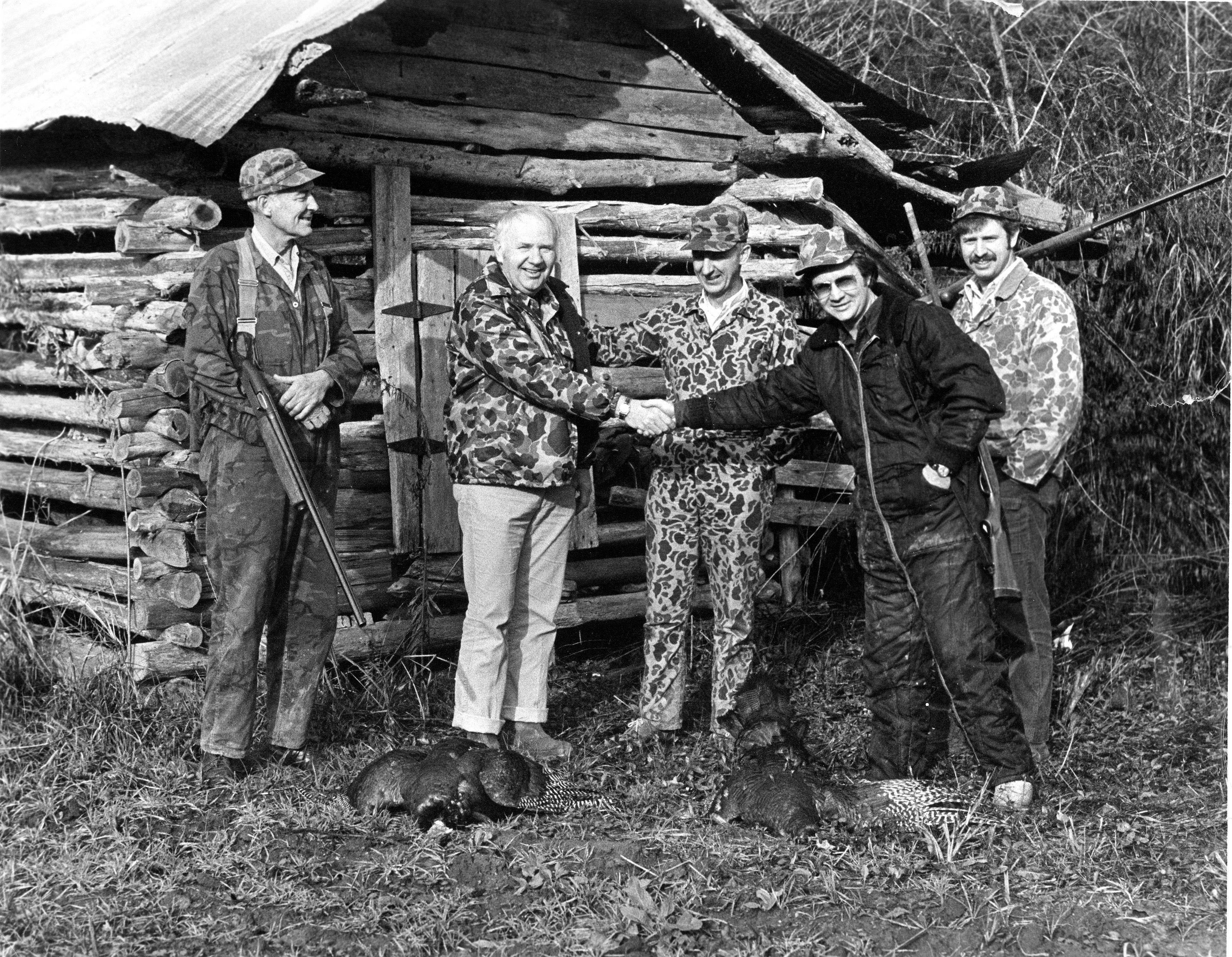 It was not only turkeys that were hard to find; unlike today, you could not walk into any sporting goods store and have a sprawl of turkey calls, decoys and ammo to choose from. In fact, calls were usually homemade and hard to come by.

Dr. James Earl Kennamer, NWTF’s former chief conservation officer, recounts the makeshift mouth calls he used to buy at a gas station in the 50’s and 60’s, “It was made from lead, condoms and medical tape. I’d be trying to call a turkey with lead in my mouth. It’s a wonder I am still alive today,” Kennamer said as he laughed.

Waters said even calling sequences were different. “The common practice was to yelp three times and cluck twice, and if he gobbles, shut up. If you didn’t hear a gobble, you sit still, wait 20 minutes then do the same process –– yelp three, cluck twice. You would go on all day doing that,” Waters said, recounting those early turkey calling methods of the 70’s when he started hunting gobblers.

If you think these 70’s methods were unusual, then consider the gear used in the 50’s and 60’s.

“I was fortunate enough to hunt turkeys at a time where it was a big deal just to see a turkey,” said Kennamer. He remembers hunting in the late 50’s with his dad and his dad’s World War II Merkel over/under 16 gauge. In 1964, Kennamer, then in graduate school, said he made camo by “taking some regular green clothes and putting leaves on them and spray painting them. That was my camo.”

Like Kennamer, Waters recalls the primitive gear he used, “My first years turkey hunting, I would carry a bag for a muzzleloader with my calls in it. Now you got a vest that has a pocket for ten different calls and you have a seat. It won’t be long that you will have a cooler for your drinks, a sandwich bar and hopefully we won’t get a toilet seat attached to it,” Waters said jokingly.

Fast-forward more than half a century, there are huntable populations of turkeys in 49 states. Hunter Wallis, an accomplished young turkey hunter and decorated competitive turkey caller, said, “my setup is Avian-X decoys, Zink Calls, Browning ammo and Mossy Oak obsession camo.” Wallis admitted he has it a lot better than the older generation of turkey hunters and acknowledged the older generation did indeed pave the way.

While a lot has changed in turkey hunting over the last 60 plus years, one aspect remains ­–– the passion. Whether you are talking with an old-timer who recounts the struggles of figuring out how to find a turkey, let alone killing one, or a youngster who has all the bells and whistles at his or her disposal, the enthusiasm in these individuals is undeniable. 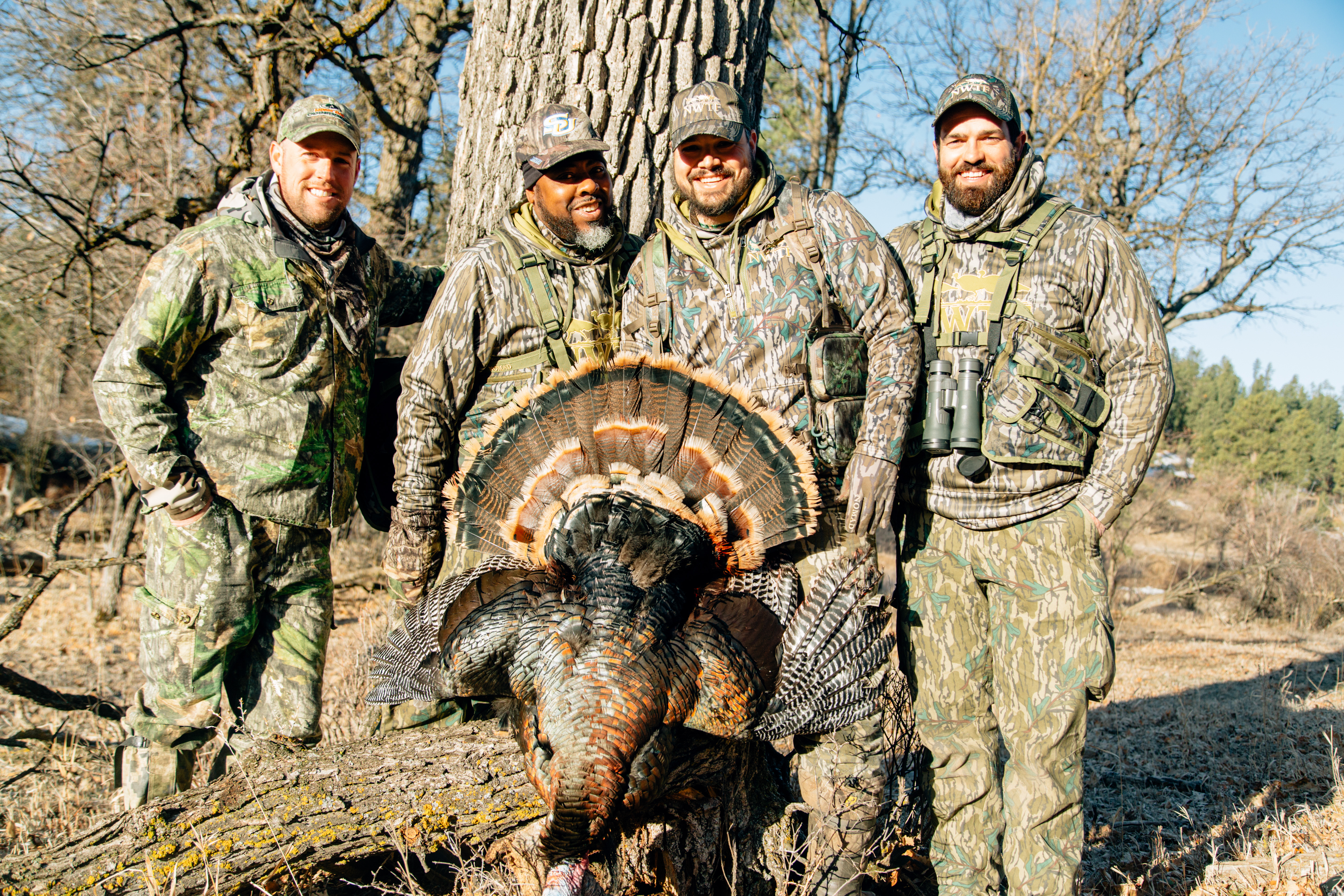