Turkeys and Terrain: The Lay of the Land Matters

Understanding how turkeys maneuver the landscape is half of the hunting equation.

I’d called, called and called some more. So much, in fact, that the top layer of my double-reed diaphragm had a new cut in it, making it extra raspy. The gobbler liked it and lived up to his name, but he wouldn’t close the gap.

So instead of trying to call the bird back down into the bottom where it had already been, I retreated into cover, took a long walk around the unsuspecting gobbler and set up on the high side about 100 yards above him. After two series of yelps, the long-spurred foe was dead at my feet.

Hunters who know how turkeys use a property are well on their way to victory. That requires scouting, woodsmanship and an understanding of the land, though. But why is it so important?. 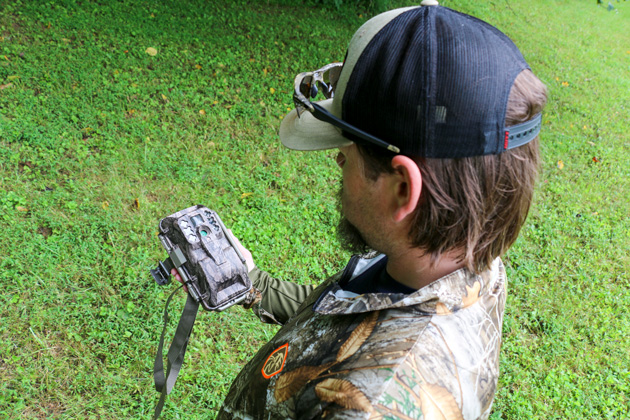 Why Terrain and Topography Matter

Terrain and topography play pivotal roles in turkey hunting for many reasons. Most revolve around breeding, convenience, food, water and security.

Roosts are generally located at higher elevations. This isn’t always true, as turkeys will roost along lower areas, but more times than not, you’ll find birds roosted along the top third of hillsides.

Landing zones are influenced by topography, too. Often, turkeys fly down to the same spot from which they flew up. In hill country, that might even be a position at the same (or similar) level as their roost limb. In contrast, in flatter timber terrain, birds typically pitch straight down. And when roosted on the edges of flat fields, turkeys routinely pitch out into the open.

Food sources are also of interest. Topography can affect habitat, which affects the types and volume of food supplies. If grub is present, turkeys will be, too. The same holds true for water, and terrain affects the locations of it even more than food.

Travel routes — especially strut zones — are affected by changes of topography. Trails, logging roads, flats and other aspects influence how and where birds spend time.

And let’s not forget cover —the nesting variety and the kind that hides hunters as they maneuver the landscape. Topography affects both, especially the latter.

Understanding why topography matters is important, but recognizing various terrain types — and their advantages and disadvantages — is crucial for consistent success. These are some of those.

Folks who chase longbeards on flat ground hunt some of the toughest terrain. Why? Lack of predictability. It’s often easier to predict how turkeys will use hilly terrain, but that isn’t as easy when the topo lines are spaced way apart. When that’s the case, turkeys are liable to roost, fly down, strut and eat anywhere. This makes finding the exact locations of roost trees, food sources and water holes even more important.

Although hunters not prone to exerting physical energy might disagree, I believe it’s easier to kill turkeys in hill country. Varying terrain makes turkeys more predictable, provided you know what to look for. Further, it provides better cover, which makes slipping into position easier if the location of birds and access are favorable.

Birds travel ridge tops. They’ll dip down onto slopes and traverse other parts of a property, but they use ridges to get from point A to B. This holds true when trying to call in a stubborn gobbler, too.

Perfect roost sites, points are common nighttime turkey dwellings. These serve as the optimal security option, as birds can easily walk along the ridge to fly up and have great visibility before doing so. It’s the same when it comes time to fly down.

At certain points of the season, gobblers tend to hit strut zones. These are locations where male birds “post up” for the ladies. Generally, they include benches, flats, logging roads and other relatively level areas where birds can see danger coming but also be seen by female counterparts.

Yes, turkeys fly. But they usually don’t unless flying up, flying down, escaping danger or crossing a barrier. This makes pinch points solid bets, especially when pulling out moves from your whitetail playbook to use on tight-lipped, unreceptive toms. Turkeys will take the path of least resistance, too, making saddles, funnels, fence gaps and other types of pinch points solid bets to intercept a gobbler. These become even more potent if located along commonly used midmorning or midafternoon travel routes.

A good hollow is another terrain winner. Birds often roost above or along these because of several advantageous factors, including good visuals, nearby strut zones, gobbling acoustics, close food sources and more. And even if they don’t roost there, chances are good birds will pass through at some point.

Similar to hollows, bottomlands are turkey magnets. These are usually along waterways, such as creeks and rivers. Regardless, these spots are enriched with insects and plant life birds love. As a result, turkeys spend much time in such spots. And in certain cases, hunters can use these waterways as transportation to slip into position without being seen.

Water (and Other) Barriers

Drainage ditches, creeks and streams can make turkeys hang up, even if they’re gobbling hard and coming fast. These terrain features can halt the charge and end the hunt. Large bodies of water, including wide rivers and lakes, can do the same. Although waterways are the most common barriers, fences, heavy brush and similar obstacles can produce similar (undesirable) results.

Secluded draws and small hidden openings are terrain hotspots birds love. These areas often serve as entrances to larger open areas and can be gateways between timber blocks and fields. In most cases, there will be at least one or two trails that emerge from cover and provide access to more open spaces.

Although not directly related to topography, it coincides with terrain. Edge habitat is the linchpin in healthy wildlife populations, including turkeys. It provides food sources, offers escape cover and supplies the nesting grounds hens need to raise poults to sub-adult status. Edge habitat benefits hunters by boosting turkey populations and providing cover to slip in and out of hunting areas. 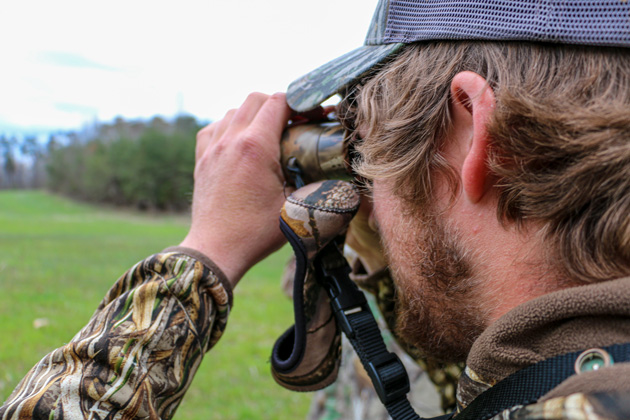 Putting boots on the ground is the best way to learn the ins and outs of a property, but there are other methods for those who prefer or need to scout digitally, including apps and maps.

Certain digital resources, such as HuntStand, support those features. They even have 3D-like versions that take topo maps a step farther, making it possible to clearly see three-dimensional topographical change on your two-dimensional phone screen.

All things considered, topography and terrain are important to turkeys and turkey hunting. It affects what they do, and when and how they do it. It also influences how we pursue them. Keep that in mind on your next outing.