It’s only 5 a.m. when I reach a familiar spot in the foothills of northern California and plop down next to a ponderosa pine. I zip my camo jacket to ward off the chill and lean back to await the first blush of dawn. I know there are turkeys on the several-hundred-acre property, but I couldn’t scout the previous evening, so they might as well be on the moon, which, by the way, provided the dim light I needed during my hike to my waiting spot.

In such a situation on small properties, I often wait birds out and react to the first volunteer gobble of the day. The idea then is to move quickly to a spot where I can let a gobbler know there’s a new hen in town. However, this is big country, and the turkeys might be up to a half-mile away. I need to do something to locate a gobbler while it’s still early enough to move on him. In other words, I need to use a wake-up call. 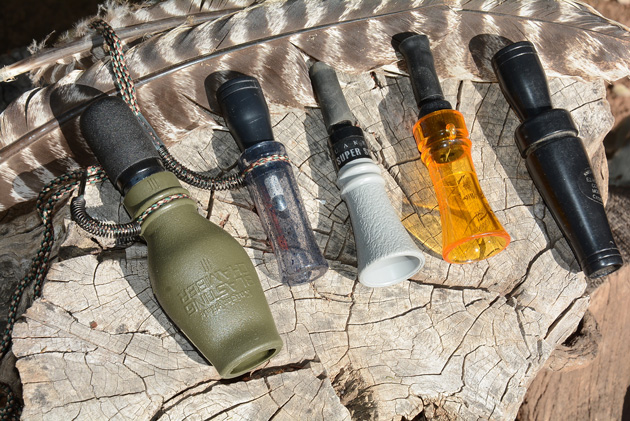 Gobblers, full of themselves in spring, will often — but not always — shock-gobble at sounds that cannot be made by real turkeys. Sirens, helicopters, thunder, squeaky gates, flying geese, farmyard peacocks and other sounds can trigger a response from toms any time of day.

To elicit that kind of response, hunters use various shock calls that sound more natural. The most popular include barred owl and crow calls. Usually, hunters use owl calls when it’s dark, and crow calls take over during daylight. That’s because humans think it makes a difference to turkeys. I’m not sure that a tom bursting with the urge to gobble at almost any sudden sound, out of place or not, is as critical of timing as hunters are.

Where I hunt in California, there are no barred owls to mimic, which doesn’t mean that such a call won’t work before first light. However, I usually use a coyote howler to get the attention of a limb-clutching gobbler. I could use a turkey call — and cluck or soft yelping like a hen turkey waking up — but I don’t often because it might prompt a roosted gobbler to stay put and wait for the hen to show up.

For another viewpoint, I talked to South Carolina’s Mark Prudhomme. The winner of an impressive number of turkey calling contests and a former pro staffer for Knight and Hale Game Calls, he knows what it takes to turn a roosted turkey on.

“Where I hunt, there are owls everywhere,” he said. “So when it’s dark, I usually start with one of my Knight and Hale signature owl calls. I call sparingly at first, with just a single hoot or two, and if that doesn’t work, I try to get the owls fired up with more elaborate multi-note calls and let them wake up the turkeys for me. 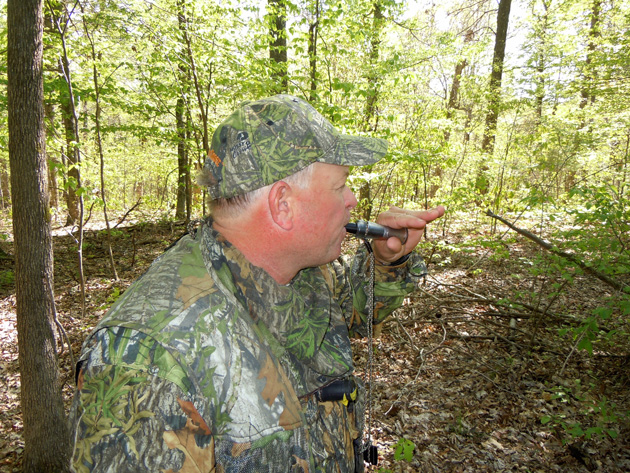 “If that still doesn’t work, I’ll try a pileated woodpecker or crow call, and on occasion, I’ve got it done with a hawk screamer call. I’ll try anything to get a tom to give his location away.”

No matter what type of wake-up call you use, it’s best to call briefly at first and focus on listening for a response. A tom might shock-gobble only once, and if you’re still calling when that happens, you might not hear him. .