If you hunt turkeys long enough, it’s likely that you’ll eventually encounter what appears to be a phenomenon in nature: a wild turkey displaying irregular plumage. I’ve been hunting turkeys for 18 years, and I’ve seen close to a dozen different birds like this, including an all-white hen I harvested from a flock of wild birds one fall — perfectly legal — in Wisconsin.

Non-traditional plumage arrangements are known as color phases. What are the different color phases and variations? And, what causes them? I spoke with NWTF biologist Mark Hatfield to better understand the topic.

Hatfield began by saying that “some color phases are more prevalent than others and can be more common in certain locations based on the gene pool. Wild turkeys and domestic turkeys are known to interbreed in some instances, but do not fully explain all the color phases and variations. It’s assumed that color-phase birds also face greater selection pressure from predators and hunters due to their lack of camouflage.”

Follow along to learn about the most common color phases of wild turkeys that the NWTF recognizes and some points about each.

“Probably the most common wild turkey color phase is the smoke phase,” Hatfield said. “Its mutation is based on the fact that it has no brown pigments within its feathers. Coloration varies, but white is typically the dominant tone with black and dark gray contrasting tones, especially on the back, wings and tail feathers.” 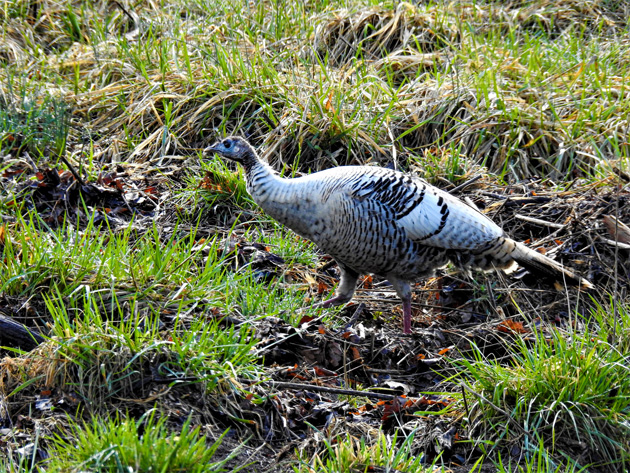 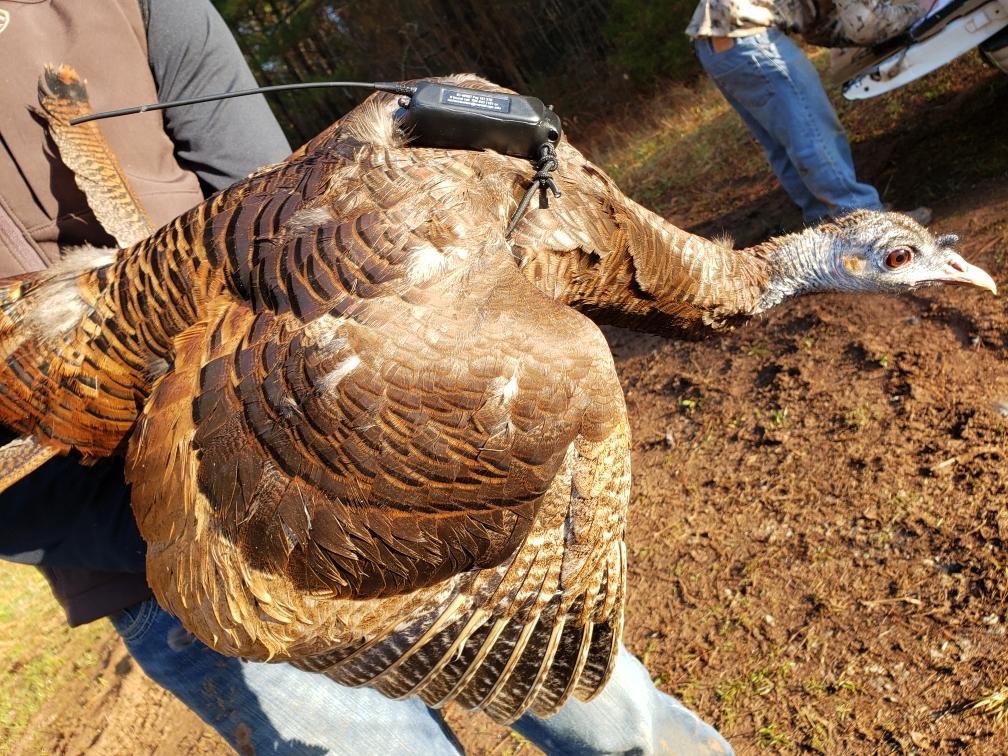 “Melanistic is when a turkey displays nearly black plumage,” Hatfield said. “They have extra melanin, which is the pigment within their feathers. It gives them an overall blackish appearance. It’s essentially the opposite of an albino.”

All-white turkeys are often confused as albinos. When I harvested my white hen, I immediately noted that the eyes weren’t pink — not a legitimate albino.

“Birds displaying all-white plumage are not true albinos unless they have pink eyes,” Hatfield shared. “There isn’t a clear color-phase definition for these birds, but we do know that they lack pigment almost entirely.” 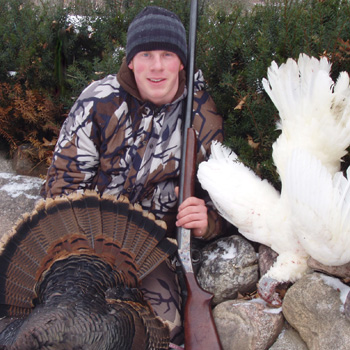 In my situation, I knew that Wisconsin’s regulations encourage hunters to harvest birds with white plumage, likely because they’re assumed to be non-native to the state’s wild populations. Because I knew the regulations, I was rewarded with a most unique specimen for my trophy wall.