One of the things on most turkey hunters’ wish list is the latest turkey loads and guns. We eagerly await the new product announcements each spring and often learn of a new or improved turkey gun or load we must have.

We received a sneak preview of what turkey hunters will see in the 2018 gun and ammo catalogs. Here are some of the new products to expect. 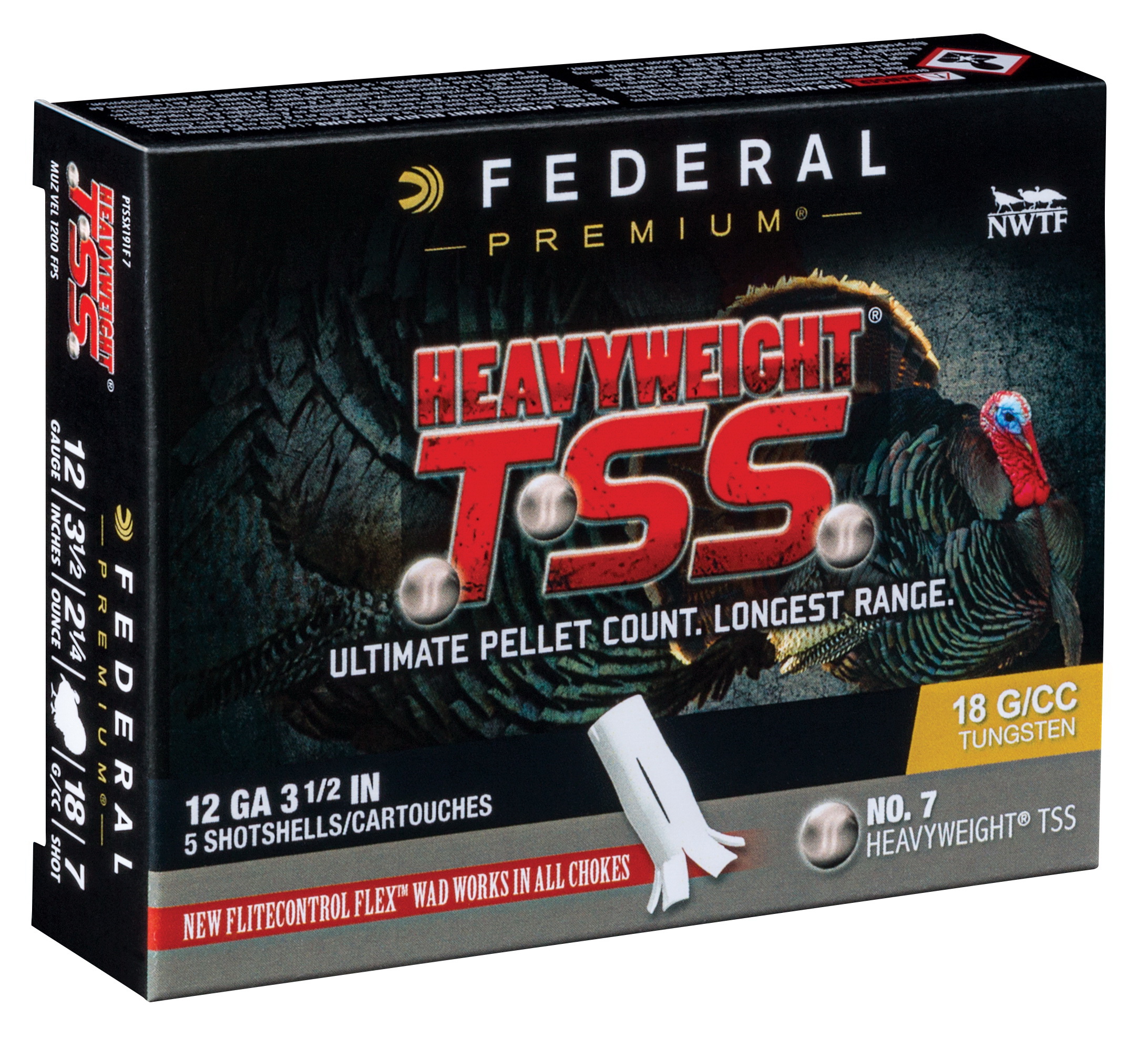 Federal Premium has been busy developing several new loads for turkey hunters — Heavyweight Tungsten Super Shot, Grand Slam and 3RD Degree with Heavyweight TSS. The new Heavyweight TSS load getting most of the attention is the 3-inch, 13/16-ounce .410 shotshell load using No. 9 shot. This load exits the barrel at 1,100 fps. At this writing, to my knowledge, there is not a commercially available .410 shotgun dedicated to turkey hunting or a dedicated choke tube made in X-full turkey constriction; however, the Federal crew has already tested the new load on wild gobblers. Here is what Federal sent me, via turkey hunter and call maker Bob Fulcher.

Fulcher followed through with that promise and summed up the hunt by saying, “My gobbler was 30 yards out, and it dropped like a sack of potatoes.” 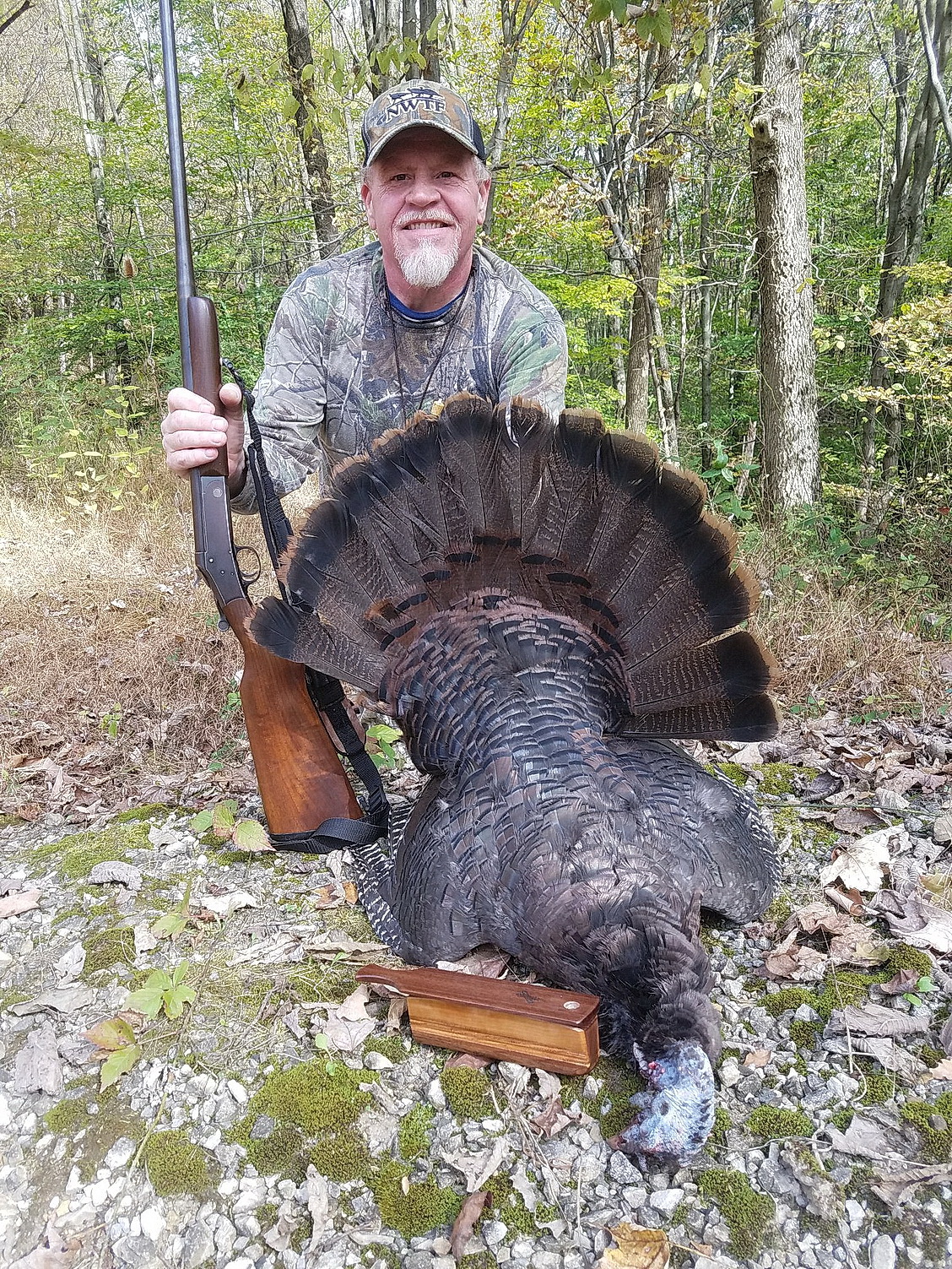 This new .410 load has gotten the attention of several shotgun manufacturers and, as I write this, at least two are working on offering turkey guns, and at least one choke tube manufacturer is working on an X-full turkey choke tube for a .410-gauge shotgun.

The reason Federal is suggesting the .410 load in No. 9 shot for gobblers is due to the new Heavyweight TSS high-density shot used in this load, as well as others discussed below.

According to Federal, the payload of No. 7 or No. 9 TSS shot provides a pellet count that nearly doubles No. 5 lead of the same weight. The tungsten-alloy material’s 18 gr/cc density is 22 percent higher than standard tungsten and 56 percent more than lead. The result is getting the most energy and highest velocities at extreme range. All the new Heavyweight TSS loads feature the Flightcontrol Flex wad, except the .410.

Also, Federal offers two new 12-gauge 3RD Degree loads featuring No. 7 Heavyweight TSS shot in combination with No. 5 copper-plated shot and No. 6 Flitestopper lead pellets. Both loads have a muzzle velocity of 1,250 fps. One is a 3½-inch, 2-ounce load and the other in 3-inch, 1¾-ounce load. 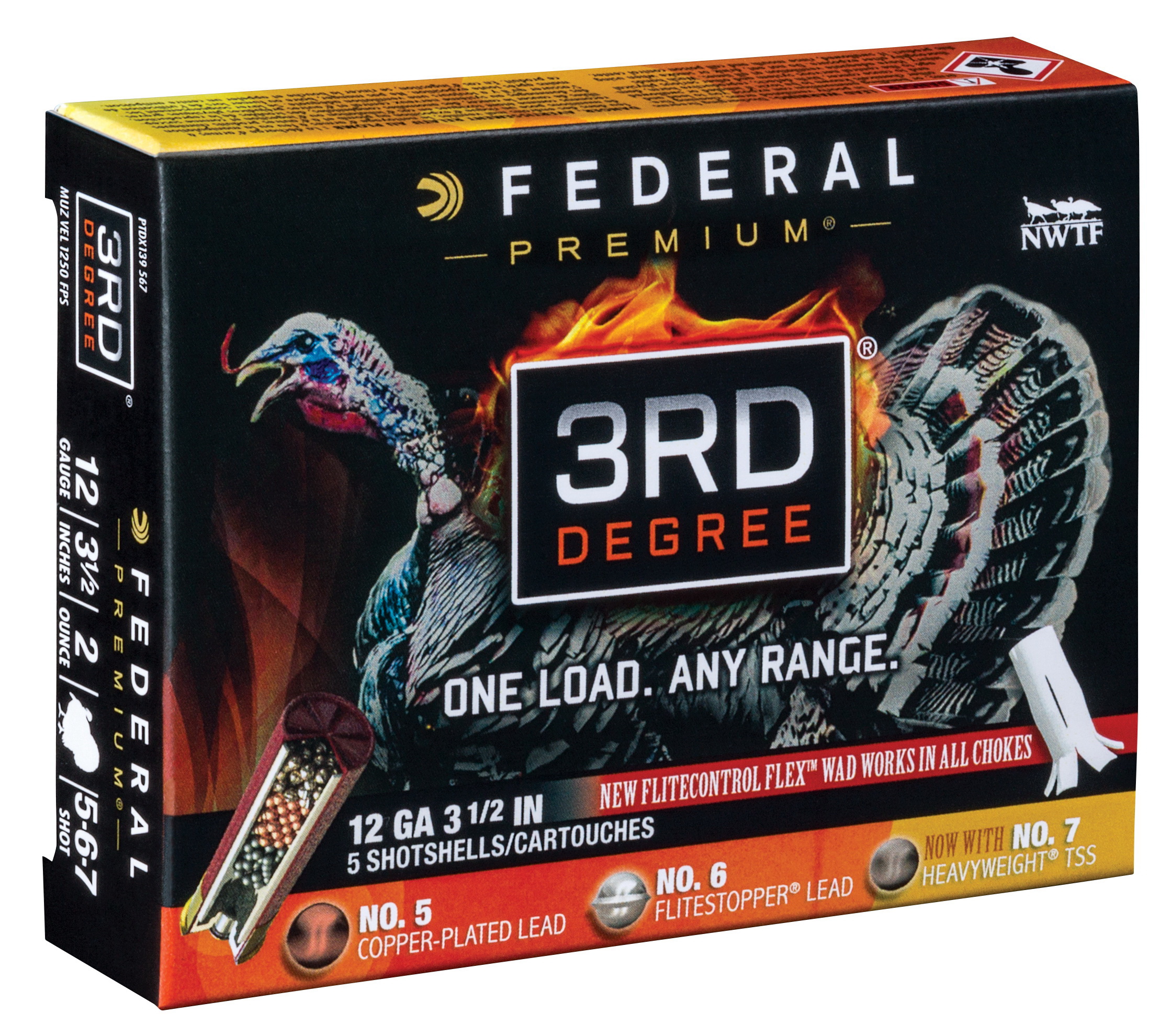 Federal now has a line of copper-plated lead loads with Flightcontrol Flex wads called the Grand Slam. It is available in 10-gauge 3½-inch, 2-ounce loads in No. 4 and No. 5 shot. The muzzle velocity is 1,200 fps. 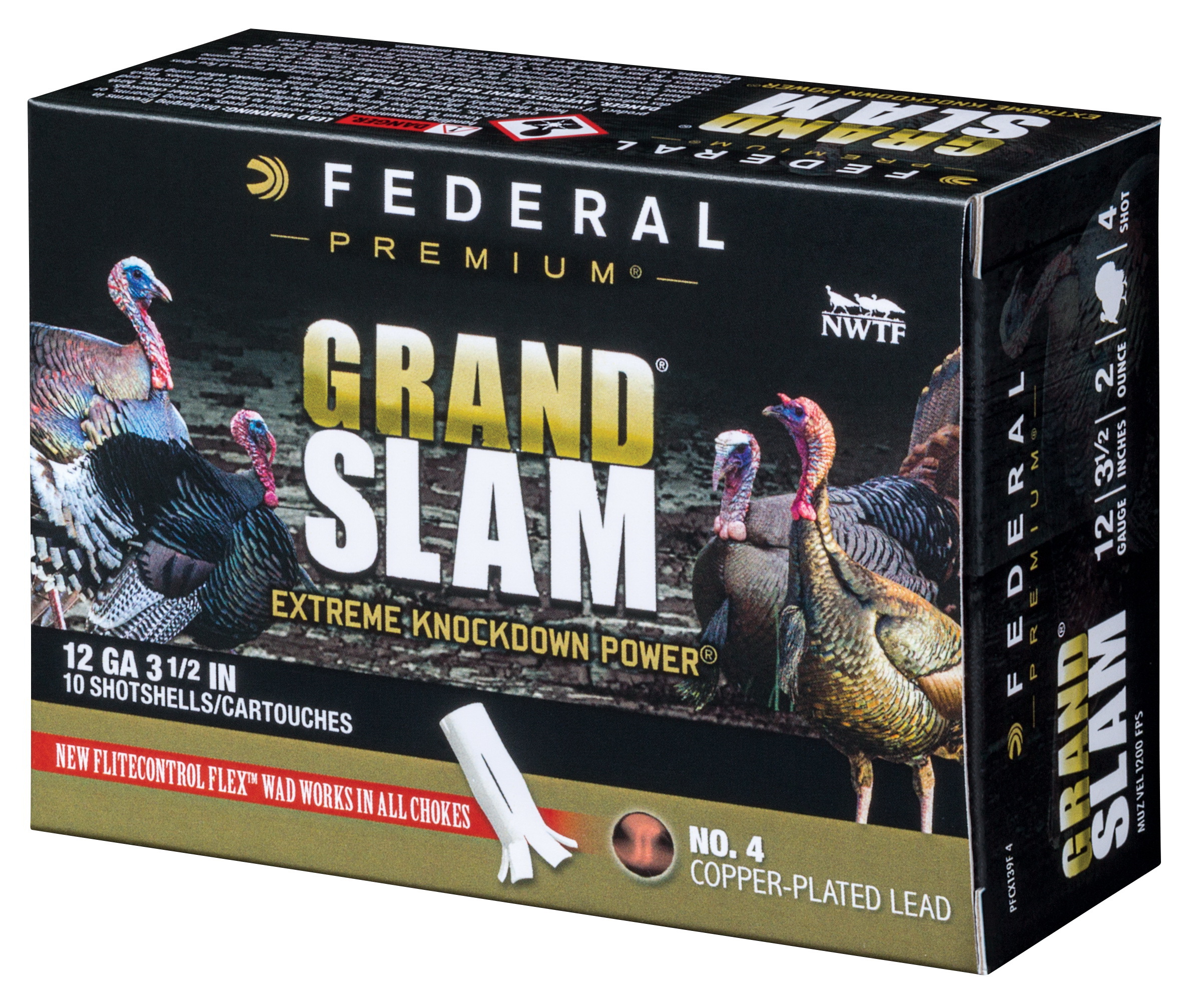 While there are no totally new turkey guns for 2018, there are two new versions of old favorites that have been introduced for turkey hunters.

The SuperX4 NWTF Cantilever Turkey gun weighs 7½ pounds and has an overall length of 45 inches. The MSRP is $1089.99.

The second new version turkey gun is the Remington model 870 DM Predator/Turkey/Hog. This is the same model 870 platform we have all enjoyed for years but with a major change: The DM model is detachable-magazine fed. This 12-gauge pump action has a 3-inch chamber and 18½-inch barrel and comes with Trulock extra full turkey, predator and hog choke tubes. The stock is a Remington Sure Shot synthetic thumbhole design with Supercel recoil pad, and the forearm is a synthetic cob design. The gun is finished in the Kryptec Highlander camo pattern, comes with a rail on the receiver for easy optic mounting and has a ghost ring rear sight and fiber-optic front sight. Each gun comes with two Remington designed magazines, a three-round and six-round capacity.

The Remington model 870 DM Predator/Turkey/Hog has an overall length of 38½ inches and an MSRP of $799.

Mojo Fatal Shot Choke Tubes has introduced a new 12-gauge turkey tube that has a .655 constriction. Designed for use with all types of turkey guns and ammo, it is made from 17-4ph stainless steel and extends beyond the muzzle with a convenient grip for changing tubes easily. According to Mojo, the .655 turkey tube is proven to deliver denser and more uniform patterns at all shotgun ranges, plus consistent point of impact.