According to the U.S. ammo industry, there were over five billion rounds of .22 rimfire manufactured last year. Most of those were .22LR (Long Rifle). Even with that amount of production, at this writing, there is little .22 rimfire available on the dealer’s shelves and when you can find it, the price has almost doubled.

The .22LR has been with us since about 1887 when the Savage Arms Company, working from the .22Long, figured out that by lengthening the cartridge case and using a 40-grain bullet, pushed by an improved powder, they could develop an excellent small game round that was more powerful than any .22 in its day. Now 134 years later, the .22LR is as much in demand, if not more so, than ever. Most of us who are shooters started with a .22 rifle shooting .22LR. In today’s world, the cartridge is popular for plinkers, target shooters, small game and small varmint hunters and for use in farm pest control.

THE NEW KID ON THE BLOCK 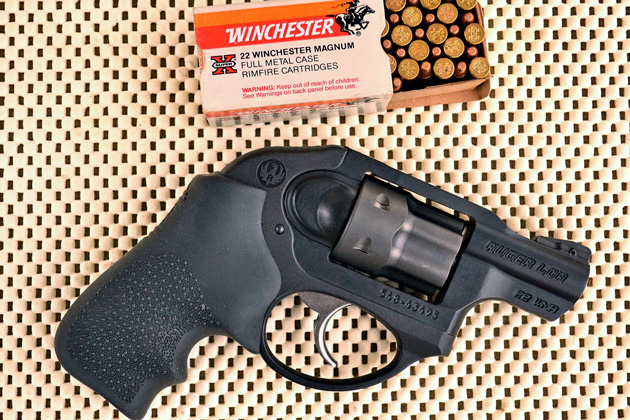 For 72 years the .22LR pretty much had the small game/varmint market to itself. Then, in 1959, Winchester introduced a new, more powerful, .22 called the .22 Winchester Magnum Rimfire (WMR), or more commonly known as the .22 Magnum. Winchester developed the .22WMR to respond to small game and varmint hunters who requested a .22 rimfire round that would accurately reach out to 100-plus yards and carry more downrange energy to the target. They accomplished this by developing a thicker .22 case, which allows it to have higher pressures than the.22LR. The case was designed to be larger in diameter, and in length, than the .22LR. The bullet diameter was designed to be .224 inches where the .22LR is .223 inches. The timing was just right as it was just the beginning in the development of the new wave of .224-inch bullets designed for centerfire calibers. Several of these bullets have been loaded in the .22WMR, giving it added hunting value. The .22WMR, when shot from a rifle, carries more downrange energy at 100 yards than the .22LR does at the muzzle. Due to this, its quiet report and minimum recoil, the .22WMR caught on with small varmint hunters, and now there is a good choice of handguns and rifles offered in the powerful little cartridge. Since it costs more to make .22WMR cartridges, the cost of shooting is about twice of the .22LR and the report is louder.

WHICH .22 RIMFIRE IS RIGHT FOR ME?

The .22 LR advantages are that it is less expensive to shoot — about half the cost of the .22 WMR. Ammo for the .22LR is usually found anywhere that ammo is sold, but the .22WMR can be difficult to find. There is a much wider selection of rifles in .22LR, especially in semi-auto models. Due to it being a much lower muzzle-velocity round — depending on load selected, usually between 1,150 fps and 1,650 fps — there is less downrange energy. The advantage: The .22LR damages less meat on small game. The .22LR is generally considered the best choice for squirrels, grouse and rabbits taken for the cooking pot. Also, the report is not as loud as the .22WMR.

The .22 WMR advantages are that on small varmints such as woodchuck, beaver, crow, fox, armadillo, prairie dogs, etc. the much faster round — muzzle velocity range usually from 1,910 fps to 2,250 fps — reaches out further with more downrange energy than the .22 LR. Most consider the .22LR a 50-yard small game round, while hunters use the .22WMR up to 75 yards in pistols and 100-plus yards in rifles. Also, the .22 WMR is available in more advanced bullets such as the AccuTip-V and V-Max that can increase downrange accuracy and explosive on-target expansion for small varmints and pests.

New shooters often ask if the .22LR cartridge be shot in a .22WMR firearm? The answer is no. The .22LR cartridge will fit into the .22WMR chamber but, due to the difference in size, the fit is loose and, if fired, can damage the firearm or injure the shooter. Never have .22LR ammo around a .22WMR to avoid a dangerous mix-up.

A similar question is can a .22WMR cartridge be loaded and shot from a .22LR firearm. No, the .22WMR case is wider and will not fit into the smaller chamber of a .22LR.

Often, when the .22WMR is discussed, the question comes up as to whether it could be considered as a self- or home-defense caliber. Most self-defense instructors consider the .22WMR to be on the lowest end as a caliber for self-defense. It beats a knife or stick, but it’s not as efficient as the larger centerfire calibers designed to stop a deadly threat. It is worth noting that one of America’s most experienced gun fighters, the late and great Bill Jordan of U.S. Border Patrol fame, wrote that the .22WMR “will not only outreach a switch blade, but will pack plenty of close-range authority into an easily carried and concealed package.” With that said, I still consider the .22WMR as a hunting caliber and leave self/home defense to larger calibers and gauges. 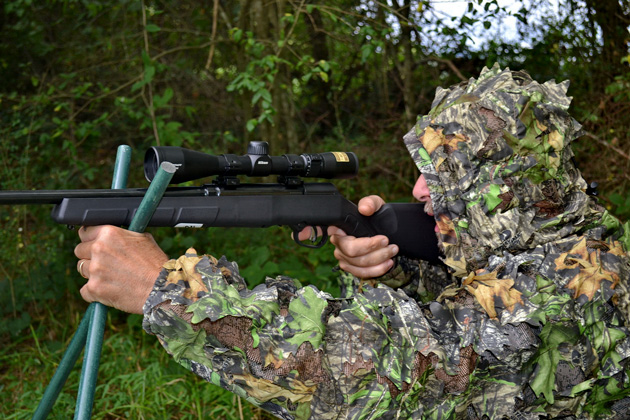 There is a place in hunting for each of these .22 rimfires. When making a choice, consider the above points and chose the .22 that best fits your needs and budget. I like the .22LR for hunting small game to eat, plinking with the grandchildren, target shooting, and the lower ammo cost and lower shot report. On the other hand, for farm pest control work, hunting mid-size varmints up to 100 yards with a scoped rifle and for packing as a trail gun, I prefer the .22WMR.