Since I was 13, I’ve hunted for nearly the past three decades. Over that time, the reason I hunt has evolved from wanting to harvest an animal with the biggest rack or beard, to spending time in the outdoors, to now acquiring meat so I can try different recipes. 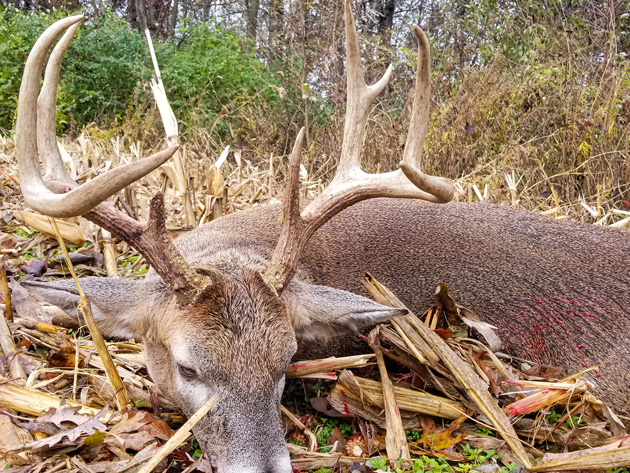 A couple years ago I bought a Camp Chef Woodwind pellet smoker. Naturally, I wanted wild game in my freezer so I could use my new smoker for trying and perfecting many recipes. I was particularly eager to make venison pastrami because it is delicious, and I knew I could make it better than what is offered at the store, especially if cooked with a light hickory smoke.

My best year in the woods coincided with the purchase of my new Woodwind pellet smoker. I was fortunate to harvest two mature bucks that fall. Both bucks, which eluded me in previous years, were harvested about a week apart and 150 yards from each other. And, both pushed 200 pounds field dressed, offering plenty of meat for my many culinary creations.

I used my newly built walk-in cooler to dry age the venison for about 45 days. During that time, I was perfecting the pastrami recipe. On a late winter day, after brining a 3-pound venison roast for about a week, I fired up the Woodwind pellet smoker with hickory pellets and placed the roast in the middle of the rack. About four hours later, a crusted pastrami roast emerged, though I had to wait several hours for the roast to cool before I could take the first bite of the perfectly cooked venison pastrami.

I took several slices to work for coworkers to try, as I wanted to share my creation with others. They were so impressed with the pastrami — many commented that they couldn't believe it was venison — that I typed up the recipe for posterity and to share with others.

In the recipe I mention an oven can be used, though using a smoker is the preferred method. Also preferred, though not required, is to age the roast. Any wild game could be used for the pastrami, including wild turkey breast. 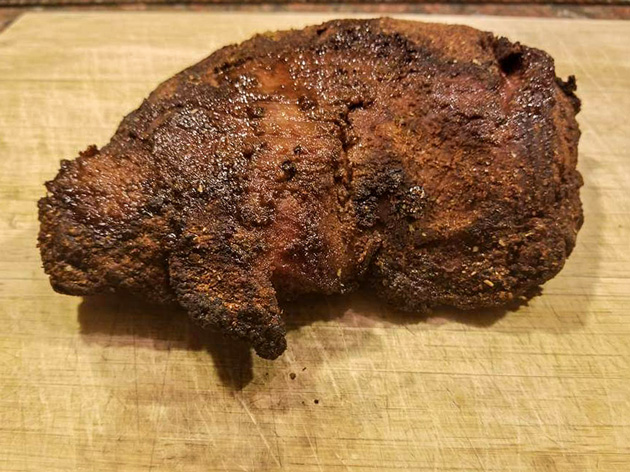