Try this recipe to take your roasts up a notch and impress your audience! This would be a great special occasion meal. Serve with potatoes, vegetables and a full-bodied red wine. 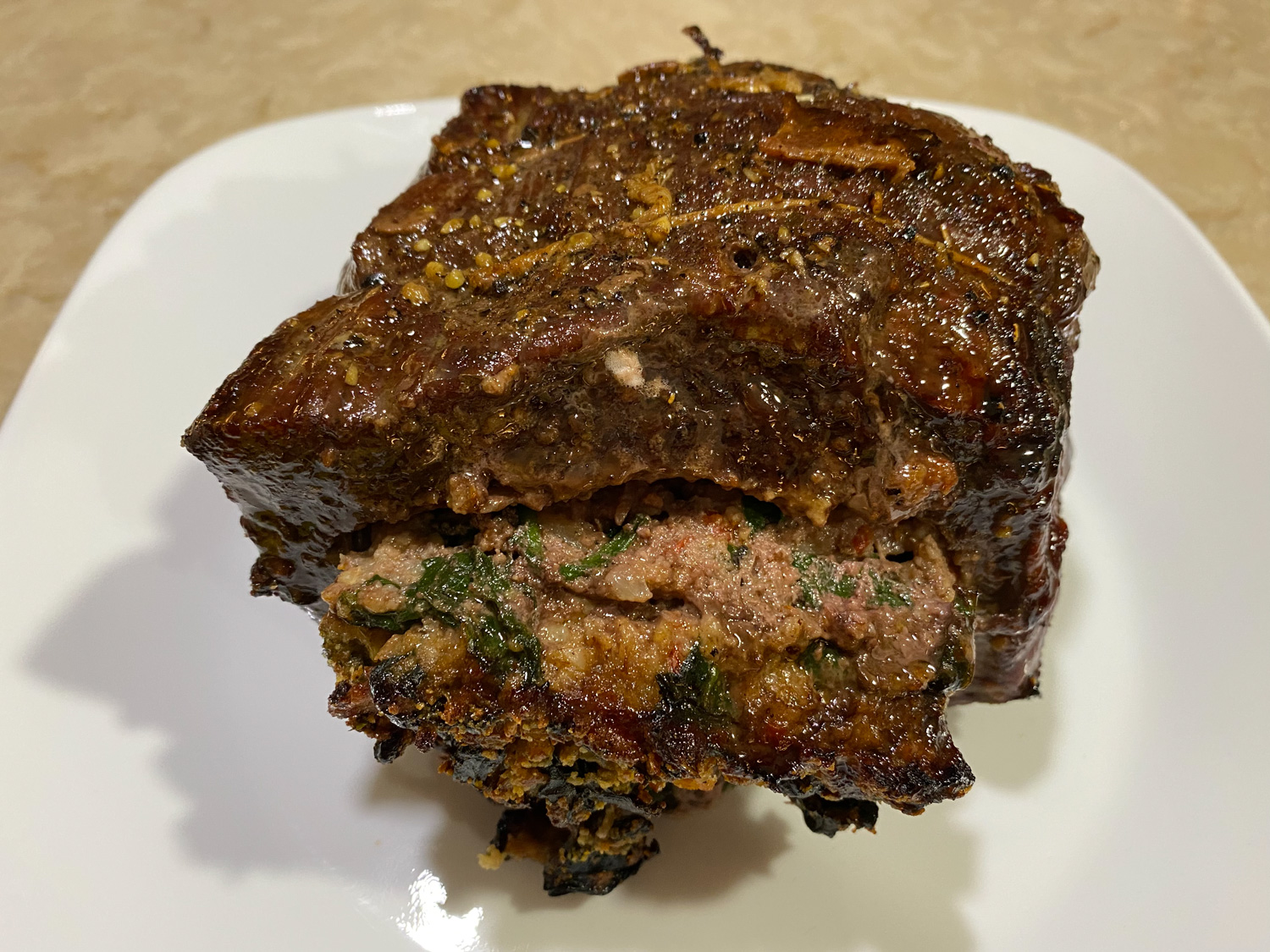 Prepare the Meat. Preheat the oven to 400 F. Butterfly the meat by rolling it out where the thickness is about ½ - inch thick on a cutting board. You will be adding the stuffing and rolling the meat back up. Salt and pepper the surface of the meat.

Prepare the Stuffing. In a high-sided skillet, cook the bacon until crispy over medium heat. Remove the bacon and reserve 2 tablespoons of the bacon fat. Chop the bacon (when cooled) into small pieces. In the pan with the bacon fat, add the garlic and cook for 1 minute over medium heat. Add the shallot and bell pepper to the garlic and cook for 1 minute. After the garlic and shallots have started cooking, add the spinach. Cook until wilted. Remove and place the cooked spinach mixture in a large bowl and let it cool for 10 minutes. Add breadcrumbs, artichokes, mayonnaise, cheese, bacon, tomatoes and combine.

Assembling and Cooking. Spread the stuffing over the meat. When the meat is covered, roll until it resembles the original rump. Tie with butcher’s twine to hold together and spread olive oil over the meat surface. Sear the assembled roast in a Dutch oven pot on the stove over medium-high heat. Sear all sides of the meat. Place in oven and roast for 30 minutes. Turn roast and cook for another 20-30 minutes. Using a meat thermometer, the internal temperature should read 135-140 F when it’s ready to remove from the oven. Tent with foil for at least 15 minutes before cutting to serve. Slice and serve.

Check out Tim’s cookbook with this and many other delicious wild game recipes here.